The area of ​​Madame in Manbia (city of Sainte-Rose, in Guadeloupe) is full of archaeological remains. The Amerindians who occupied these places left interesting traces of their way of life and their customs. In 2011, the Cultural and Heritage Department of the Town Hall, with the help of the various institutions concerned, began a search work to protect and report the various sites existing in the territory of Sainte-Rose. This is the case of the polishing block located in Anse Dindé (where flows the River Madame) to about fifteen meters of the coast. The polishing block of Dindé was reported by a Sainte-Rosien, Mr. Olivier Toesca in May 2007. It is a block of andesite (volcanic rock) emerging from 30 centimeters of a silty-stony and measuring about 1.60 m long and 1 m wide. Very rare type of work in the Antillean zone, the block carries two cup-shaped polishing cups, about 30 cm long. Native Americans used this block to polish and sharpen their tools. The block, by ignorance, was degraded, because the visitors used it like barbecue. The heat caused the bursting of the rock into scales, which were fortunately not very thick (1 to 3 cm thick). In 2010, specialized technicians cleaned the rock to see the damage. They photographed him, took fragments, and positioned the rock scales. Work was done to reseal the scales and fill the cracks, and then the block was molded to hold a resin copy. Result of a partnership with the DRAC and the Guadeloupe Region, the protection of the site is now classified. It was officially inaugurated in September 2015 in the presence of Mayor Claudine Bajazet and representatives of the NFB and the Department of Cultural Affairs. Two panels tell the story of the polisher. A second polisher, circular this one, was recently discovered to the site of La Ramée. At Sainte-Rose, the oldest remains found date Huécoïdes, a population of farmers from South America 500 BC. A large Indian village, contemporary site of Dindé, was founded in La Ramée. In the river of Ramée, one has also discovered a petroglyph and several polishers. There are two kinds of polishers: in a spindle, like that of turkey, used in movement back and forth, and circular, as in La Ramee, used in rotational movement. 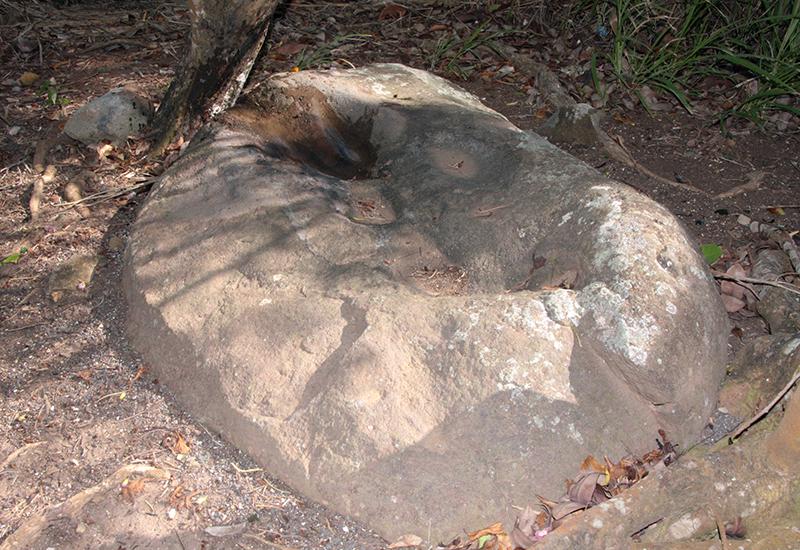 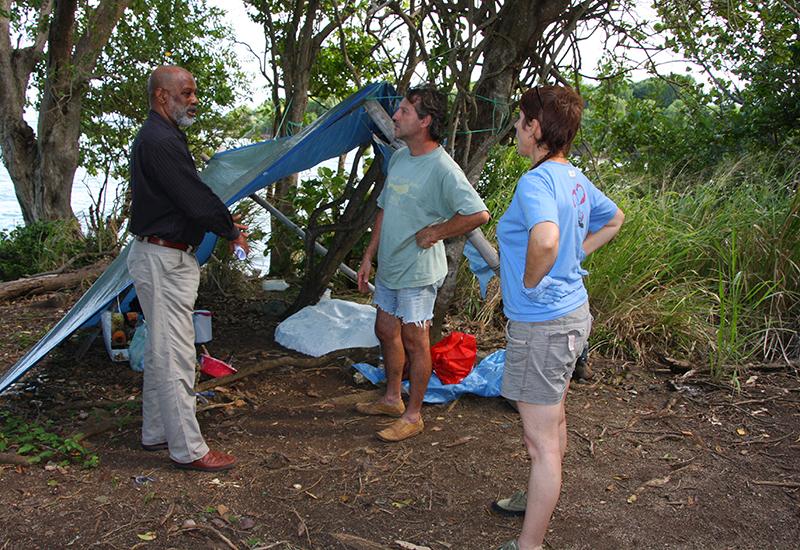 Mr Irep, Cultural and Heritage Department of the City, with the officials of the excavations 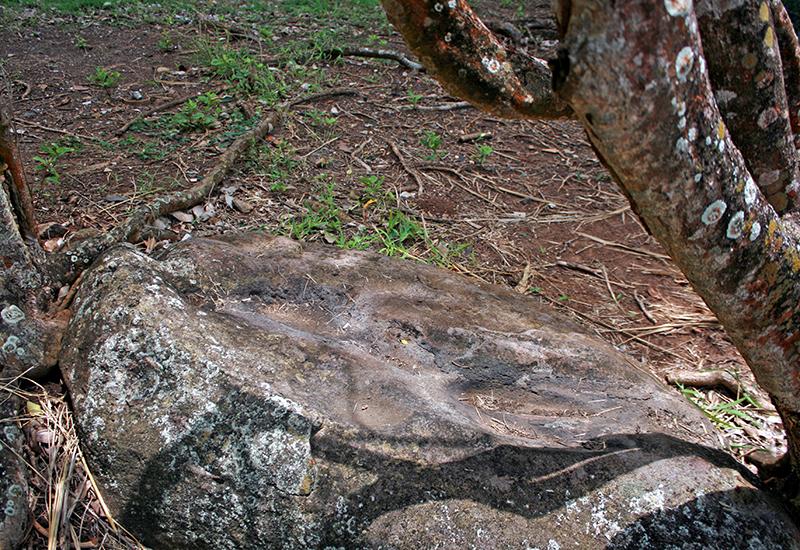 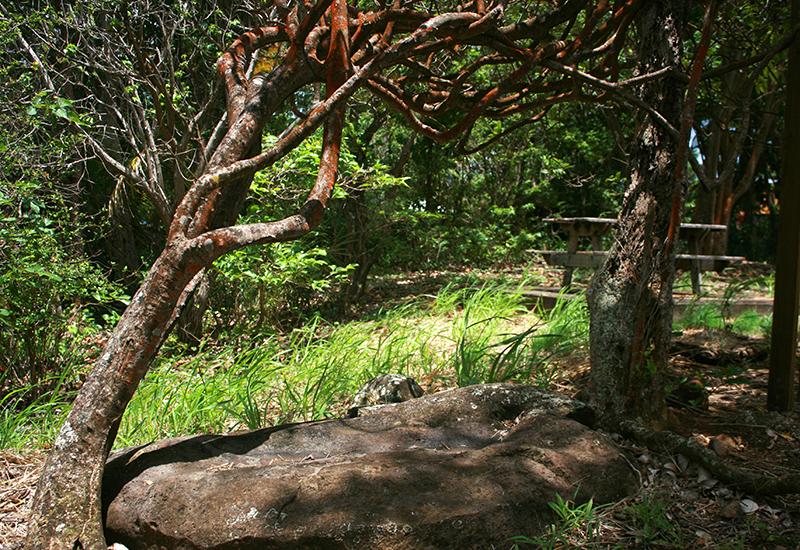