Now abandoned, Moko Bridge was vital to the economy of North Basse-Terre until 1970. Trains loaded with the harvests of the region’s plantations supplied many refineries with cane in the communes of Sainte-Rose and Lamentin:  Bonne-Mère and Grosse-Montage, in particular. Spanning the Grande Rivière à Goyaves (“Big Guava River”), this late 19th century structure features riveted steel framework. Although the safety of the bridge has not been validated by any official agency, hikers and those nostalgic for this rich sugar cane past are known to use it—along with reckless drivers attempting to avoid traffic on the La Boucan bridge. 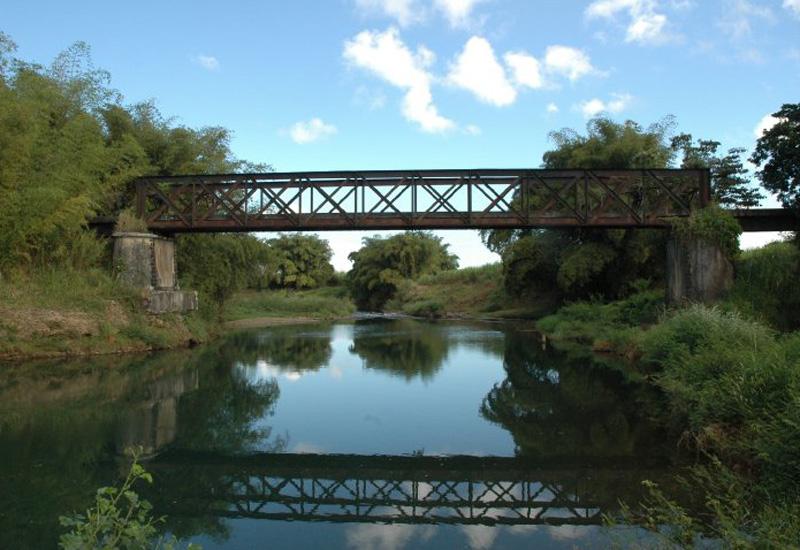 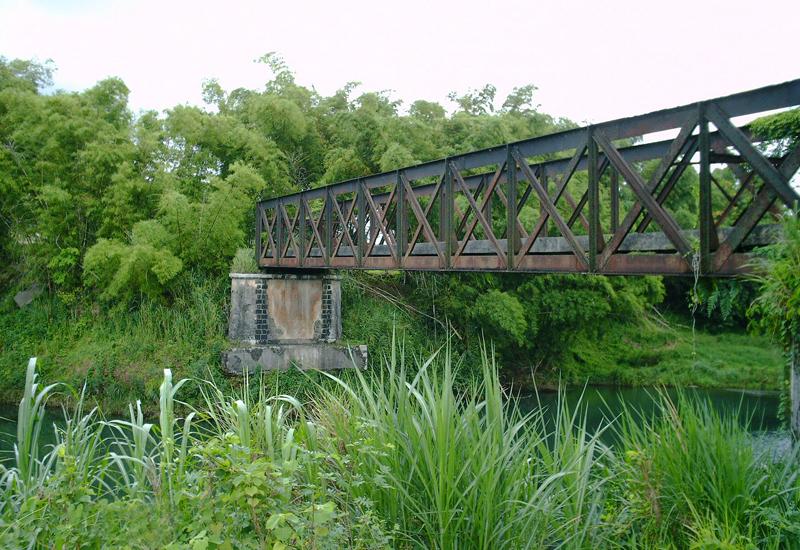