Our Lady of the Assumption Church

Built in the 19th century, this church is included on the supplemental list of historic monuments. The lovely wooden bell tower, restored following the 2004 earthquake, contains four bells. The first, dated 1820, was made at the Villain foundry, in Le Havre. The second, a gift of Monsieur Lasserre, was made in 1884 at the Astier foundry in Nantes. The third bell was commissioned by Charles Foy, the first mayor of Terre-de-Haut (1882-1884 and 1892-1902). The fourth and final bell was donated by the municipality in 2006 following the reconstruction of the bell tower. 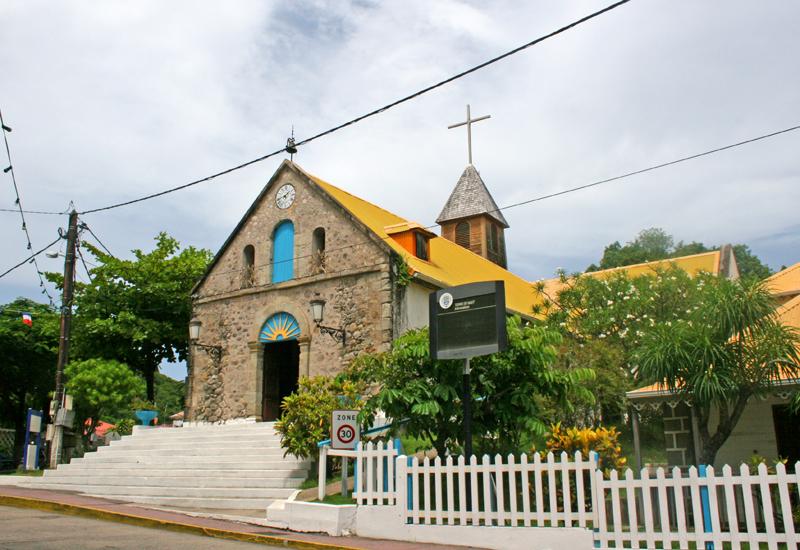 N.D. Church of the Assumption, Terre-de-Haut. Rustic ... and elegant 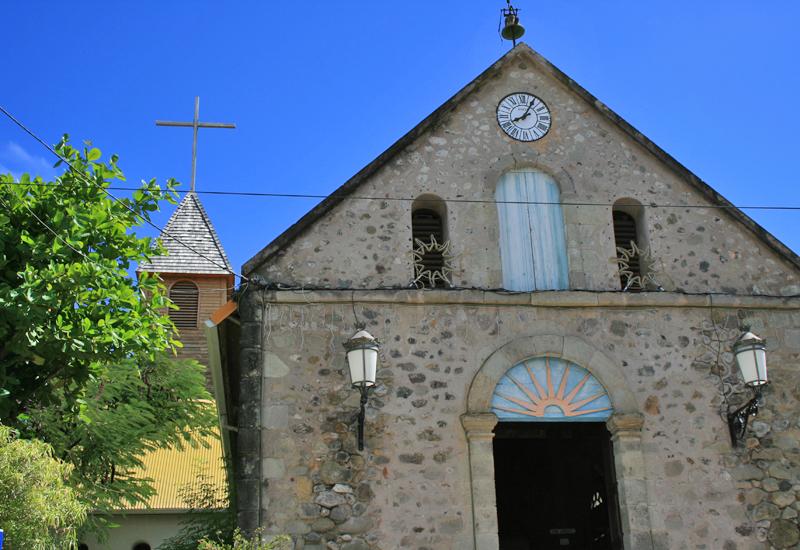 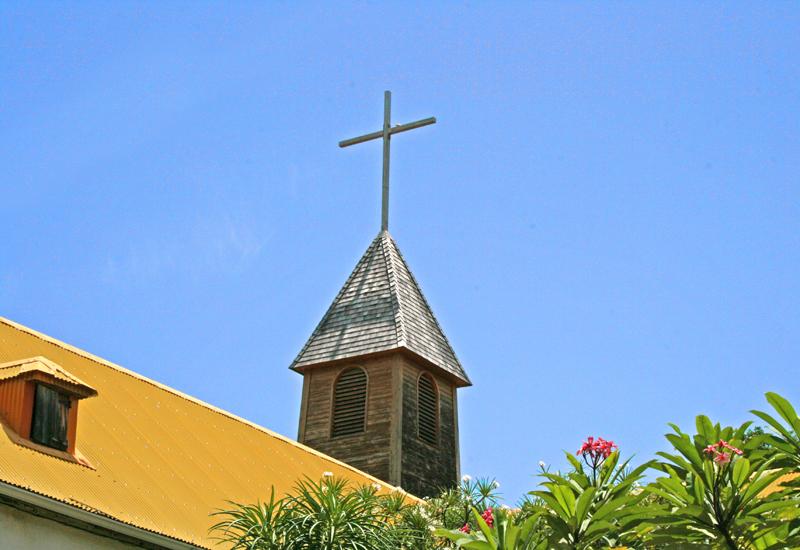 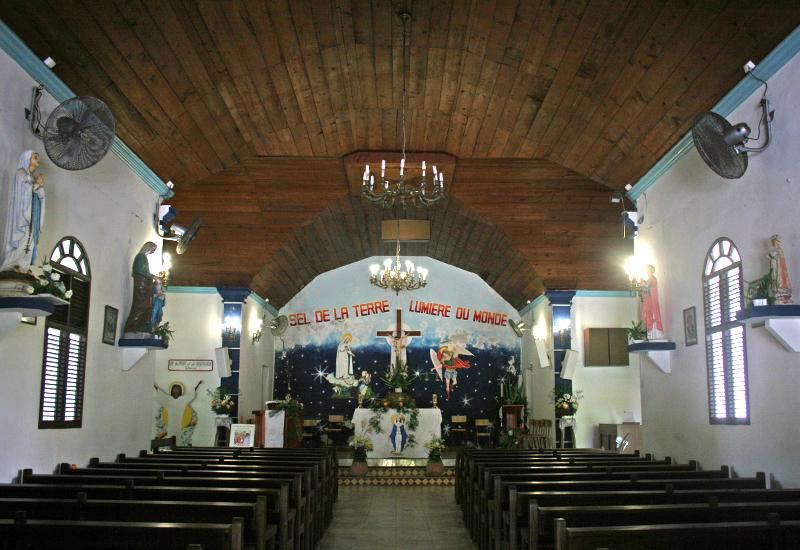