Anse-Bertrand:  Thrills by land and sea

The commune of Anse-Bertrand in northern Grande Terre covers an area of 63.90 km2 atop a limestone plateau marked by a number of changes in elevation and a sculpted coastline with many coves jutting northward between the Caribbean Sea and Atlantic Ocean.
The name of the commune refers both to its dramatic, scalloped contours (“anse” meaning “cove”), and, it is said, to the given name of the first fisherman to settle here, Bertrand Patternait.
Initially considered to be not particularly fertile, the land for several hundred years was primarily the refuge of Caribbean Indians. Arriving in about 1000 C.E. on large gumwood canoes from what is now known as South America, the Caribbean people were warriors. Armed with bows, lances, wooden clubs, and torches, they frequently proved to be fierce combatants against the Arawak people who preceded them on the island. The Caribbeans lived in villages of thatch-roofed huts with bamboo walls. The male members of the tribe came together to organize tribal life under a central roof structure that could hold up to 120 hammocks. The Caribbean people were adept at farming and fishing. The men burned trees and brush to clear the land, and the women planted it (yams, sweet potatoes, manioc, tobacco, and cotton), and also cooked, wove hammocks, made fishing ropes, and created baskets and pottery to hold food and liquids. They used manioc flour to make cakes, and manioc juice for cooking roots and spices for ragouts. Excellent sailors, the Caribbean people employed various fishing methods, including bow and arrow (close to the surface), lines with hooks made from shells, harpoons (for lobsters), and even tossing piles of a certain type of leaf into the water to paralyze the fish.
In this way, the Caribbean Indians inhabited this region until the arrival of the Europeans in the 17th century. They fled the new occupants, but nevertheless appealed to Governor Charles Houël to allow them to reside on approximately 2,000 hectares near Grande Vigie Point. However, living conditions in this arid landscape were so difficult that by 1730, only about 100 people remained there.
Little by little, their land was ceded to the colonists, who wanted it for growing cotton, a major source of economic activity in the region (in 1790, there were 12 cotton farms), along with sugar cane. However, by the 19th century, sugar was the primary crop; an 1818 census shows 25 sugar plantations here, with over 70% of farmlands reserved for cane. The vestiges of many windmills still present in the commune testify to this rich sugar cane past. However, yields in this region were among the lowest on the island, and the land’s low productivity caused many plantations to send their cane to be milled at the Bellevue and Beauport processing plants in the neighboring commune of Port-Louis. By the late 19th century, the large Beauport sugar factory had acquired most of the sugar cane fields. It ceased operations in 1990.
Agriculture here is still primarily based on sugar cane, whose influence on the economic, social, and cultural life of the commune remains quite significant. Sugar operations have been substantially modernized since the old days. Canes are harvested generally beginning in February. Once harvested, they are quickly transported to factories (mainly the Gardel plant) or distilleries and processed immediately in order to preserve their sucrose content. At the plants they are crushed and transformed into sugar (or rum). Like growers elsewhere on the island, “Ansois” farmers have taken the initiative to preserve their production facilities, while also taking an active interest in new uses for sugar derivatives, in particular “bagasse” (sugar plant residue), which can be used to produce fertilizer, animal feed, energy, and more. Many have also opted to diversify their crops or have turned to cattle raising or truck farming, the latter primarily involving melon cultures.
The town of Anse-Bertrand has retained all of its charm. Visitors may admire a number of traditional houses showcasing the artisanal talent of the time, in particular on Avenue Vital Borifax, Rue Schœlcher, and Rue Abbé Grégoire. Heading toward the sea, visitors will pass a bust of Victor Schœlcher, followed by the Eglise Saint-Denis, surrounded by a traditional old cemetery rich in history. The new Anse-Bertrand Multimedia facility is slated to be built nearby. Further on, across from the War Memorial, sit the neoclassical Town Hall and beautiful library buildings. The market structure, freshly repainted by a team of motivated Ansois youth, welcomes a few vegetable and spice vendors. Further north, Ravine Sable (“Sand Ravine”), which was recently developed to add a promenade and shade structures, follows the curves of the wave-battered seafront, leading to a small, sheltered fishing port. Rue Joseph Ignace leads to the Eclipse village green, where traditional craft fairs and many sporting and cultural events take place. Rue Armand Budan (19th-century painter, photographer, and native of Anse-Bertrand) leads to Rue Moulin de Grands Fonds and the windmill of that name.

From steep cliffs overhanging raging seas and enchanting fine-sand beaches, to arid lands covered with hardy shrubs, to bucolic sugar cane fields, nature in Anse-Bertrand has remained raw and unspoiled. Visitors may best explore it at a slow walking pace, experiencing its magical appeal in a symphony of intertwining colors, sounds, and smells that stimulate the senses.
Land of legend, Anse-Bertrand has spawned a great deal of folklore inspired by its majestic landscape. Local inhabitants may still recount the myth of “Trou à Man Coco,“ exaggerate the tenacity of the cursed fig tree—which grows straight out of a stone windmill—or comment on the past intrigues of the Mahaudière plantation.
The shoreline is riddled with coves (Anse à la Barque, Anse à Tortues, Anse Pistolet, etc.) and cliffs, from which exceptional panoramic views may be enjoyed. Hike the Trace des Falaises (“Cliff Trace”) from Mahaudière plantation to Porte d’Enfer (“Gates of Hell”), with its lagoon and famous “Trou de Madame Coco.“ Take highway D 122 to magnificent Pointe de la Grande Vigie, the commune’s northernmost point, and return via a series of small coves huddled against rocky outcroppings, where visitors may enjoy breathtaking views before arriving at their ultimate destination:  beautiful Anse Laborde beach. Cyclists may enjoy the ride from Chapelle Beach to Anse Colas Cove. A circuit takes hikers to Plate Point.
These outings will expose visitors to the native vegetation of Ansois shores:  raisinier (“seagrape”) trees; catalpas, with their heart-shaped leaves and yellow flowers (not to be confused with the poisonous Manicheel tree); “poirier-pays” (“pink trumpet flower”) trees; frangipani trees; and, in mangrove environments, the rhizophora mangle—known as the red mangrove—along with black mangroves and philodendron giganteum.
Away from the coastal wilderness, far from the sea and its furies, visit the quiet countryside and its villages to encounter older residents, their faces lined with years of toil, cultivating creole gardens or chatting in the shade of a mango tree. In this rural landscape with a turbulent past, experience the ochre light emanating from the façades of traditional huts, sparks of gold reflecting off fields undulating in the wind, the wafting aromas of spicy cooking, the fragrance of freshly cut cane, the bleating of goats…. all blending together in a single harmony to elicit deep emotion.
Further inland, along paths that are sometimes open to motor vehicles, stone windmill towers rise from firm foundations in the midst of former plantations, plunging visitors into the past. Le Mercier, Beaufond, Budan, and Grands Fonds windmills all testify to the commune’s sugar-cane past, jealously guarding the memories of all who built and operated them until the advent of organized, centralized factory milling.
With a population now 5,102 strong, Anse-Bertrand, while maintaining its agricultural identity, has welcomed new economic activities, showcasing the talent of its artisans and developing eco-tourism. Small lodging structures have been created, in perfect harmony with their scenic landscapes. Holiday cottages and bungalows operated by locals or long-term lovers of Guadeloupe, they combine peace and quiet with friendly interaction with hosts, for a deeply satisfactory visit.
Land of champions, the commune has been a strong promoter sports for many decades. It is home to numerous athletic events each year—in particular the “20 km du Nord Grande-Terre” race in October—and is proud to call famous 1998 world champion soccer player Lilian Thuram a native, along with sprinter Christine Arron, winner of multiple titles, and several high-level competitive cyclists, who have brought, and continue to bring, glory to the local UVN cycling club.
In addition to athletic facilities across the territory, the commune has the only horse track on the island, Hippodrome Saint-Jacques, and is actively developing water sports, having recently hosted a world championship surfing event.
Land of encounters, Anse-Bertrand lives up to its reputation. Here, people love to converse, get together, and tackle new projects, and there is no shortage of opportunities for sharing moments of jubilation, partying to the beat of the traditional “ka” drum, taking part in athletic challenges, attending Pulling Bull contests, or participating in craft fairs where everyone gathers to express his or her talents. Chemin Bleu tourist maps of Guadeloupe and city street maps are available at the Office of Tourism. www.ot-ansebertrand.fr 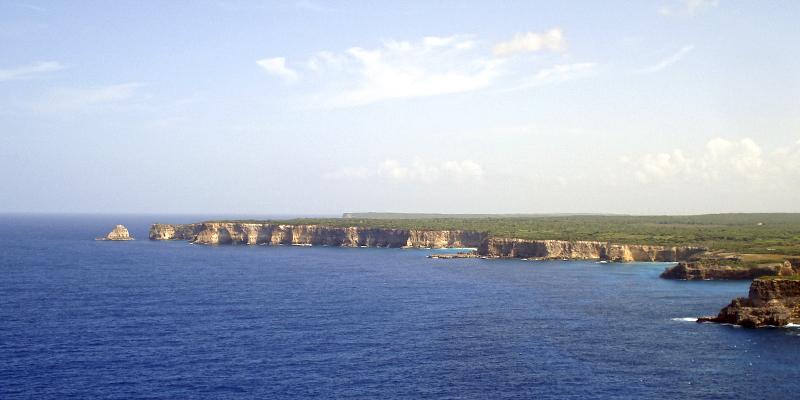 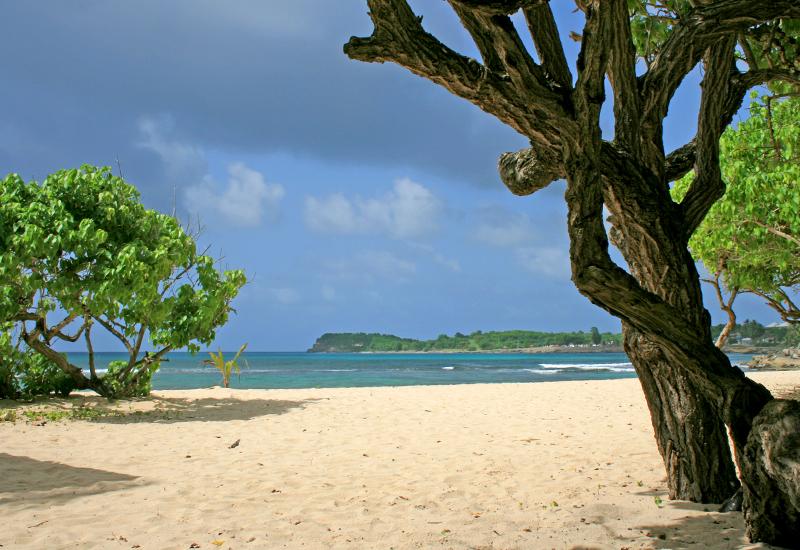 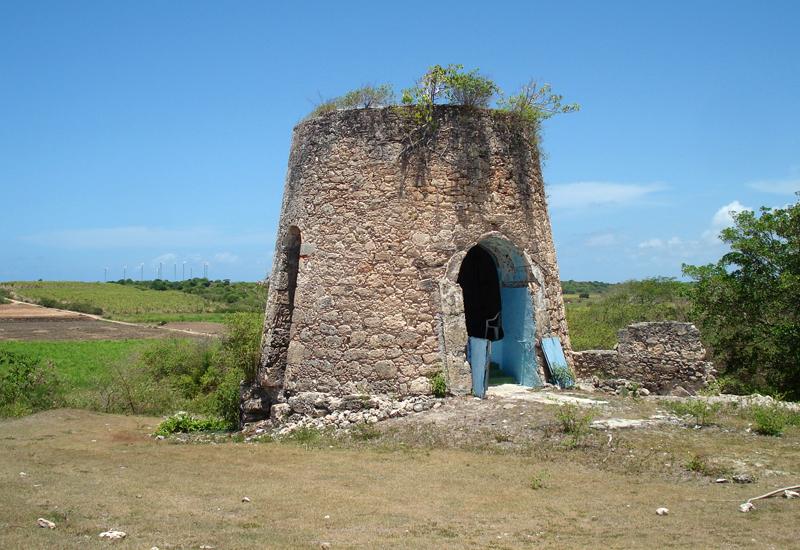 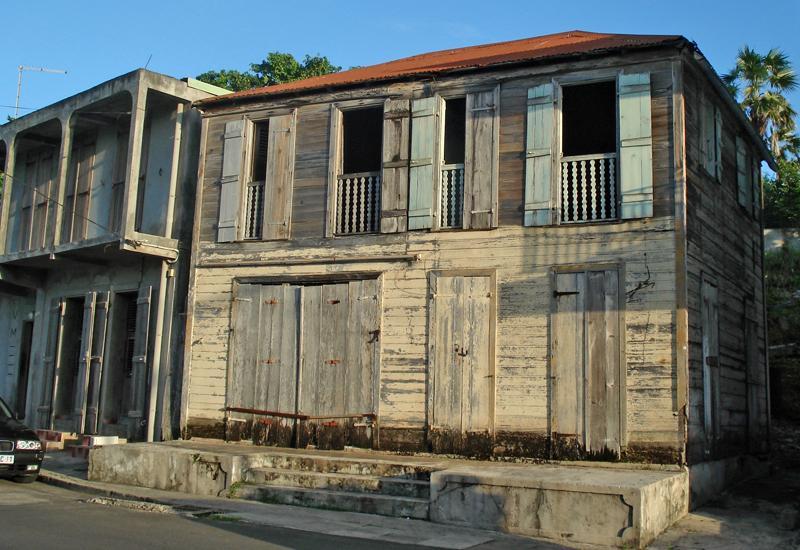