In Village, two monuments have been erected in celebration of liberty: first, the bronze bust of Delgrès, a hero who fought against the re-establishment of slavery in Guadeloupe (French West Indies) in 1802; and second, a steel sculpture by Richard Viktor Sainsily Cayol, entitled “l’Homme Libre“ (The Free Man). The sculpture, which was unveiled on May 27, 2012, celebrates the idea of liberty regained. It portrays a “nègre marron” (this was the term used to describe an escaped slave) and the depiction of the runaway slave is unequivocal: he appears as a man of courage, determined to escape his servitude at any cost. The first slaves imported from Africa arrived on the island in 1644, and they were usually auctioned off the moment they reached port. Slaves would have the new owner’s name branded on their chest with a hot iron. In 1670, there were more than 4,200 black slaves on Guadeloupe. Many slaves ended up committing suicide, both as individuals and collectively. Some managed to escape (the so-called “nègres marrons”) while others organized themselves into guerrilla groups, setting fire to crop harvests or poisoning their masters. The “Code Noir” (of which there were two versions: in 1685 and 1724) defined the status of a slave as being somewhere between a free man and a piece of furniture. Slaves were nevertheless considered to be “God’s creatures,” and they enjoyed certain limited rights, along with their families (for example, slaves could not be married against their will nor could their family members be sold off separately).  However, they had no legal status nor could they own possessions or testify in court. Although the Code contained provisions that attempted to prevent the slaves from being treated too cruelly by their owners, it nevertheless also legitimized the extremely cruel punishment that could be meted out to slaves who revolted or tried to escape. For example, if an escaped slave was caught, he would be punished by mutilation. For a first attempt, his ears would be cut off; if he tried again, one of his hamstrings would be severed; and if he tried to escape a third time, he risked being put to death. By 1790, Guadeloupe had nearly 90,000 slaves. 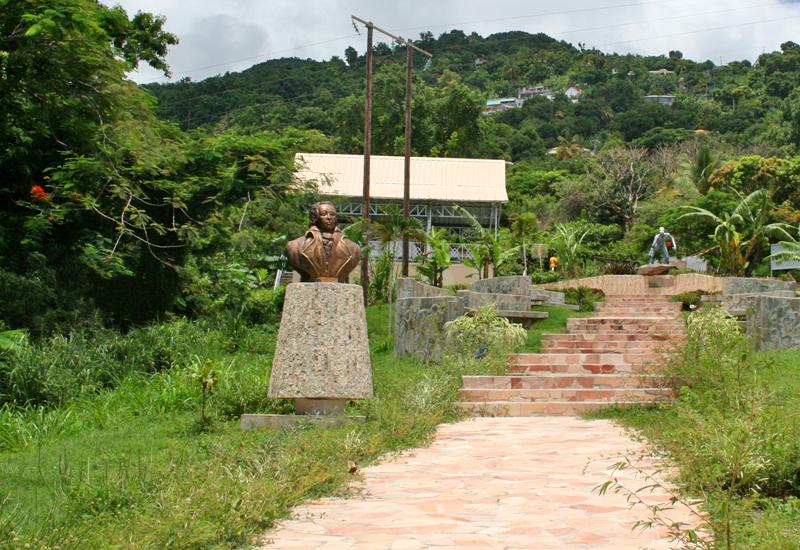 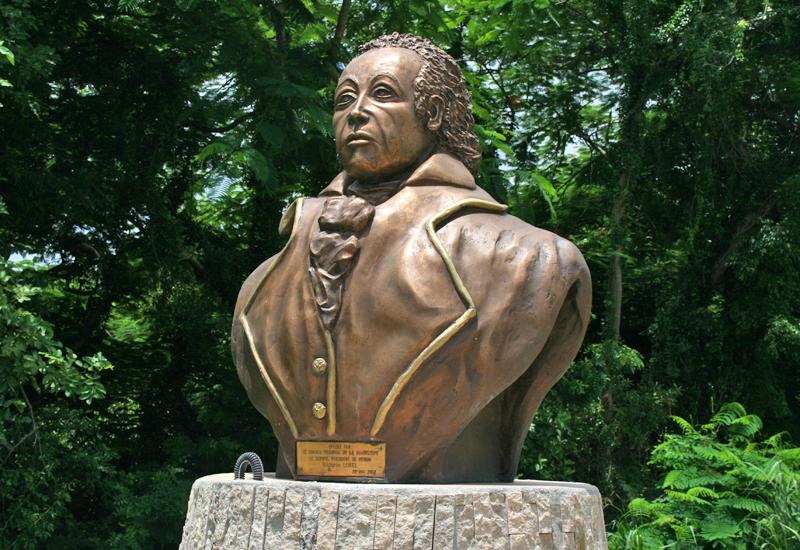 Bust of Colonel Delgrès, hero of 1802 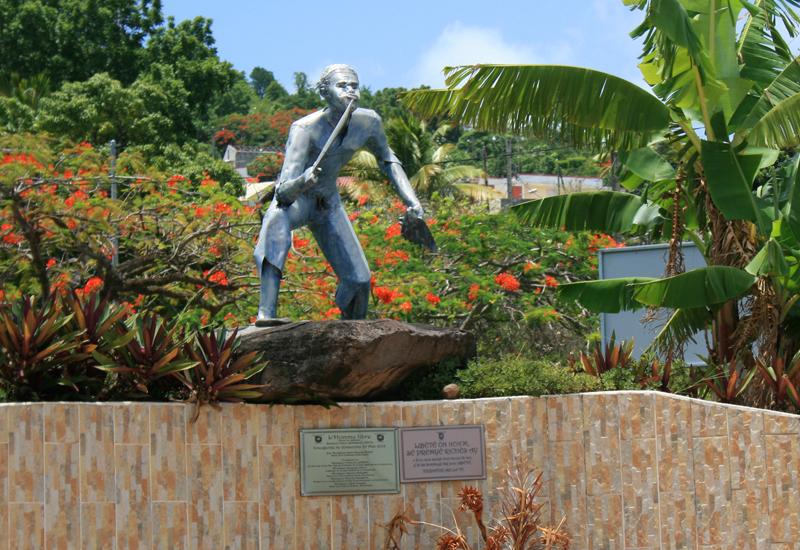 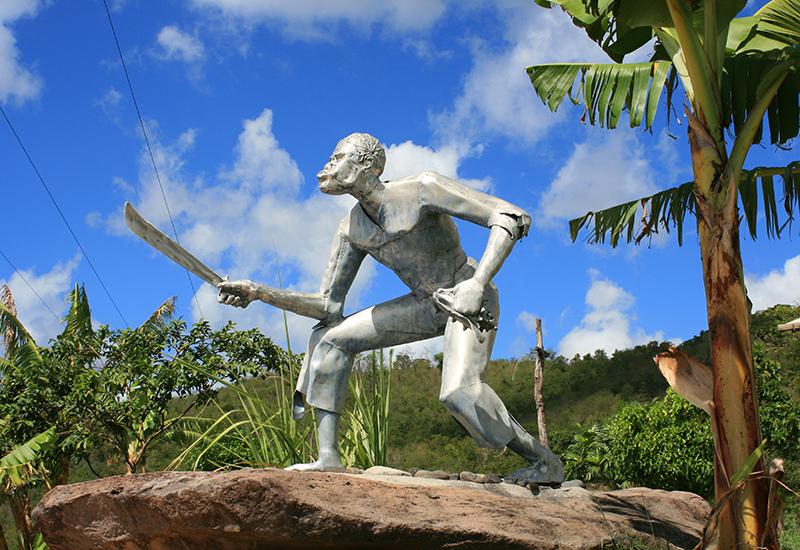