Memorial to the victims of May 1967

The wall adjoining Nestor de Kermadec School on quai Gatine features this bas-relief created by Philippe Laurent, a Guadeloupian visual artist. The work pays homage to those Guadeloupians shot dead between May 26 and 28, 1967. On Wednesday, May 24, 1967, construction workers went on strike, demanding a 2% pay raise and equal labor rights. Negotiations began on Friday, two days later, but were adjourned. That same day, a mobilization of workers at Pointe Jarry gave rise to a “forceful response” from the police. A large number of workers then gathered in front of the Chamber of Commerce, where the riot police had taken up position to allow a delegation of senior managers, led by Monsieur Brizzard, to leave the building. Tensions rose swiftly, turning into clashes in the Place de la Victoire and sending the riot police charging into the protesters. The latter, now joined by a number of youths, responded by throwing stones and conch shells at the police. The prefect, Monsieur Bolotte, then gave the order to fire, and the first casualty, Jacques Nestor, fell to the ground. Nestor, 26, was a militant member of the Groupe d'Organisation Nationale de la Guadeloupe (GONG), a Guadeloupian separatist group formed in 1963. Next, a Guadeloupian onlooker in the crowd was hit, and then another, unleashing a wave of anger that resulted in the storming of several armories. As the confrontations became more intense, shops and buildings were attacked and set on fire. Meanwhile, the shootings continued and more people were killed. Finally, the city’s main streets were cleared of crowds, and all public gatherings were temporarily outlawed. Numerous arrests followed, and on May 30, an agreement was reached. At the time it was unclear how many people had died, but years later, estimates vary between 60 and 85 killed. 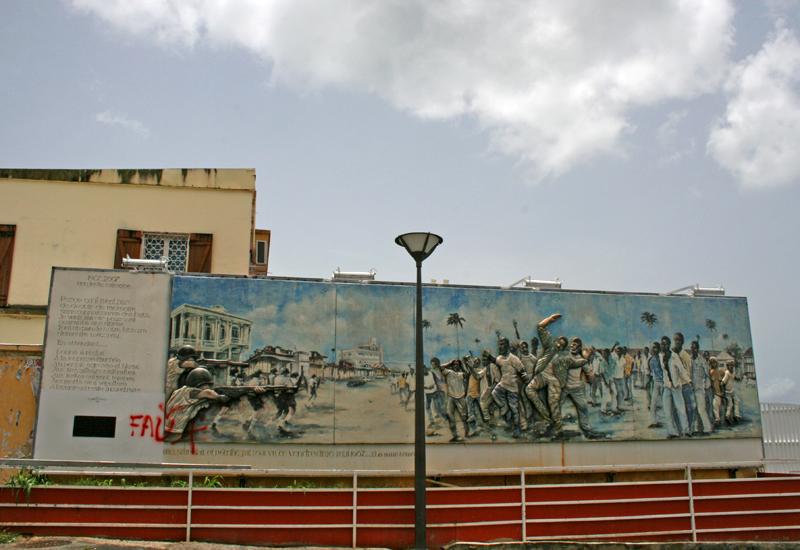 Tribute to the victims of May 1967 - Pointe-à-Pitre: contiguous Nestor college of Kermadec 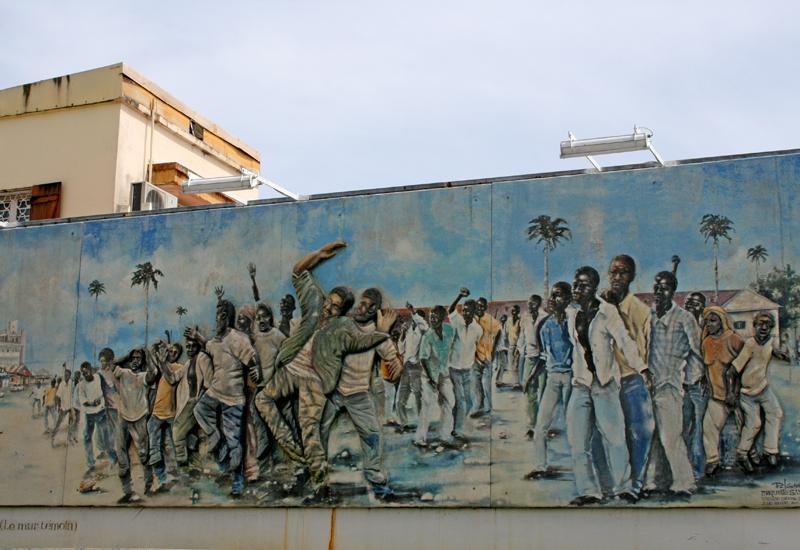 Tribute to the victims of May 1967. Work of Guadeloupean Philippe Laurent 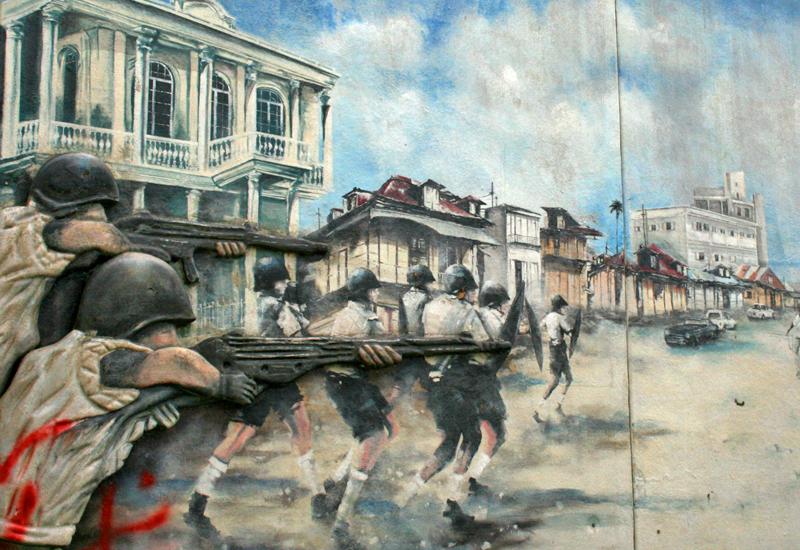 Tribute to the victims of May 1967. A realistic treatment of the event