This bust was erected in 1995 in memory of the mulatto slave Jean Louis, who lived on the La Rose plantation. In May of 1790, he was accused of plotting a revolt and executed in the public square. At that time, Guadeloupe had a population of approximately 14,000 whites, 3,000 free blacks, and nearly 90,000 slaves. Revolts were frequent, as slaves did not accept their condition. They committed acts of resistance (sabotage, theft, refusal to work, veiled mockery, etc.) and went so far as to organize guerilla actions such as burning crops and poisoning their masters. Some escaped, such fugitives being referred to as “Maroons.” The origin of this word is thought to be Spanish, from “cimarron,” the name given to fugitives and runaway animals that return to a feral state. Punishment was meted out according to the crime:  ears were cut off, hands severed, iron collars installed, victims blown up, etc. Those who were caught had their Achilles tendon severed to prevent further escapes. In Guadeloupe, locals gather at this symbolic site each year on May 27 to commemorate the abolition of slavery. 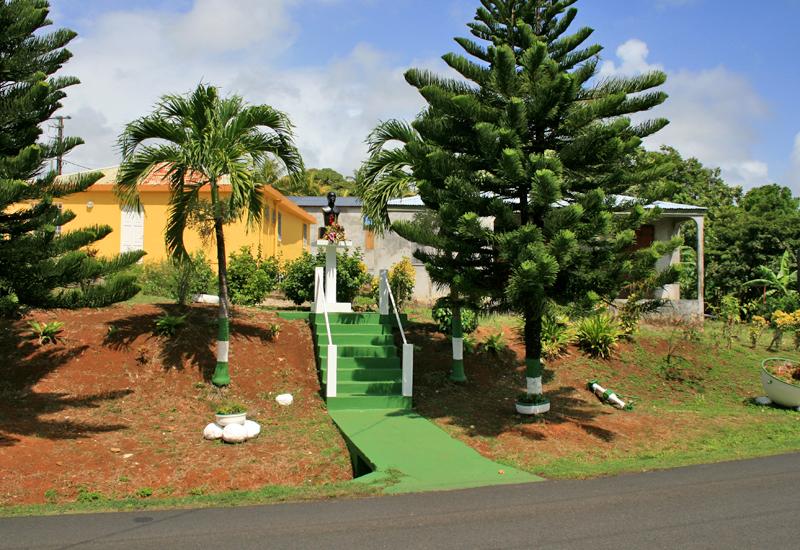 In the city of Goyave, along the D33, the bust of Jean Louis erected on a pedestal 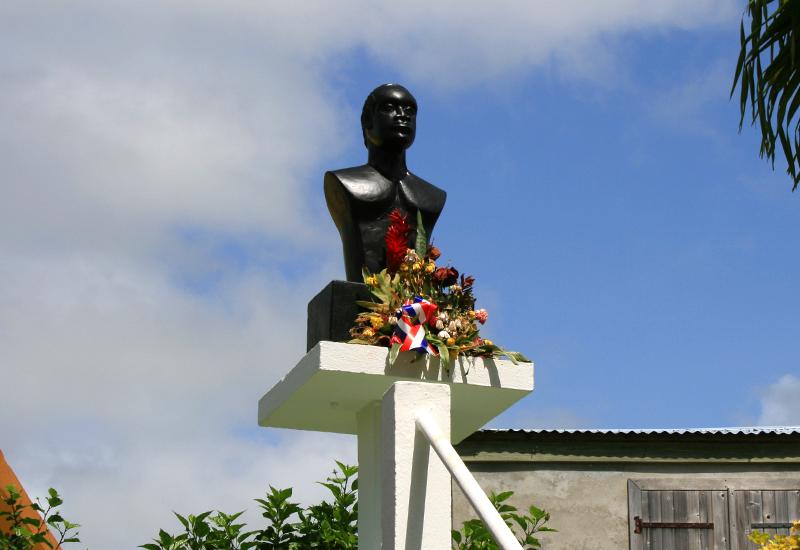 Bust of Jean Louis - Goyave, in Guadeloupe, place of memory 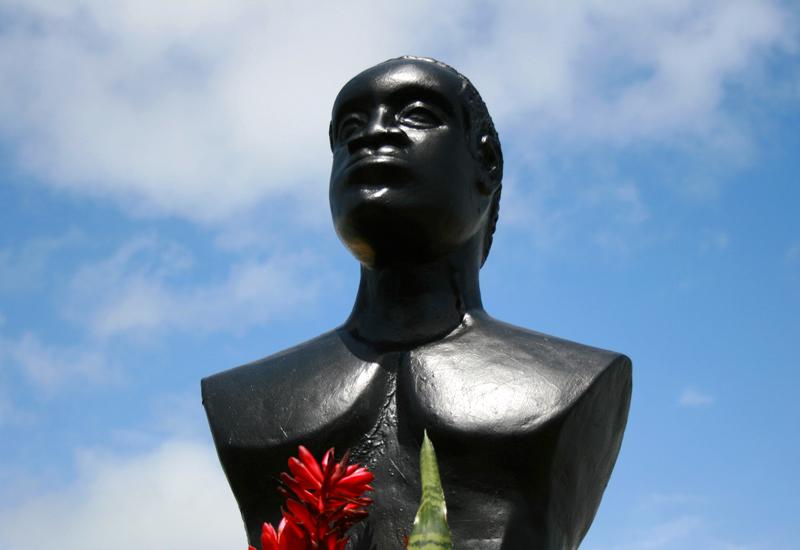 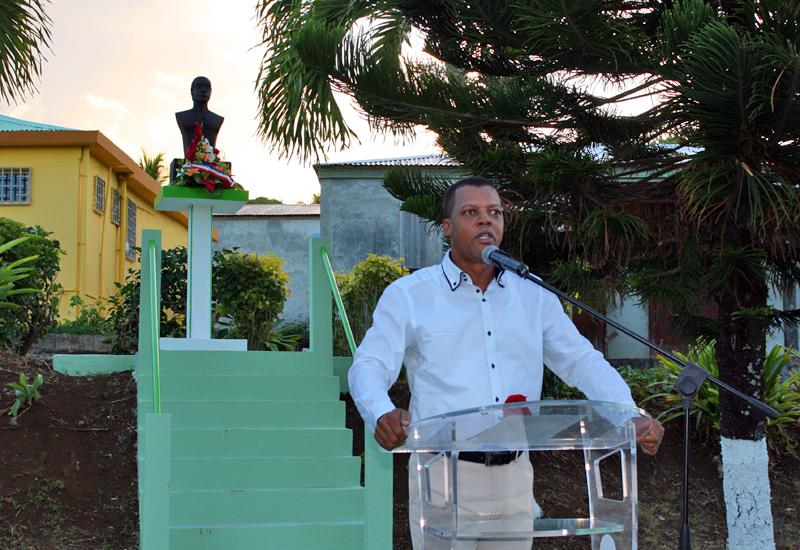