Designed by Guadeloupe architect Yvon Chérubin, this building was constructed in 1956 of reinforced concrete at the location of an old cemetery, having been commissioned by then mayor Doctor Siméon in an effort to bring his rural commune out of isolation. The edifice is marked by a certain grandiosity and disproportion. Laid out in the shape of a T, it borrows design elements from the architect Ali Tur, who strongly influenced Chérubin:  the interplay of horizontal and vertical volumes; the use of large openings; and a ventilation system based on trellis-like openings, interior verandas, ventilated porches, low walls, and facades with honeycomb walls and inscriptions. After training at the Paris School of Architecture, Yvon Chérubin began practicing his profession in Guadeloupe in 1948. Strongly influenced by Ali Tur, he later developed his own style while retaining the overarching principles of the former “architect to the colonies,” who departed the colony in 1935. 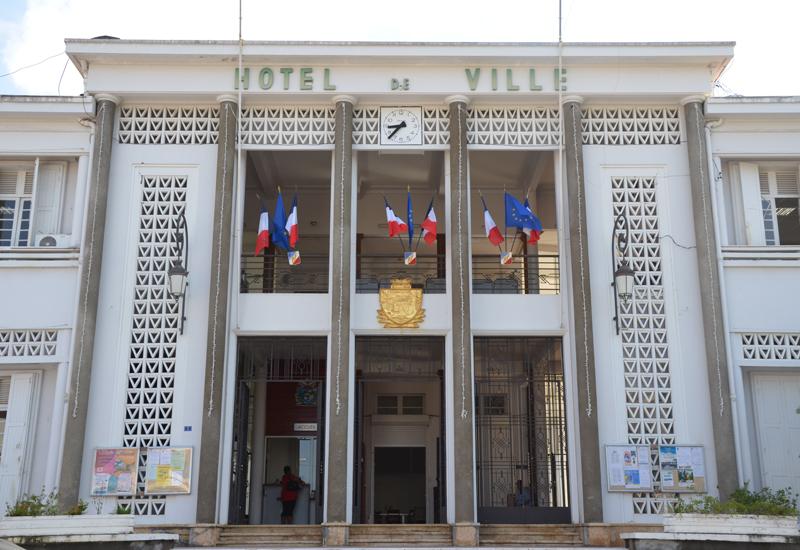 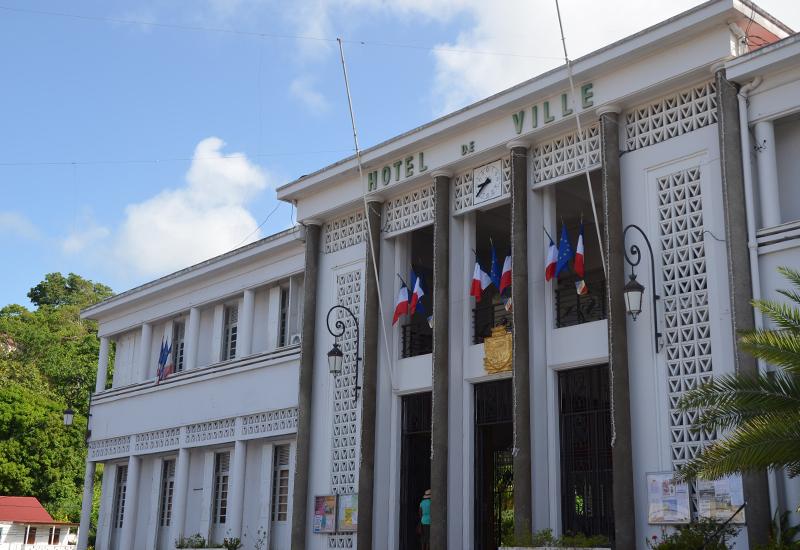 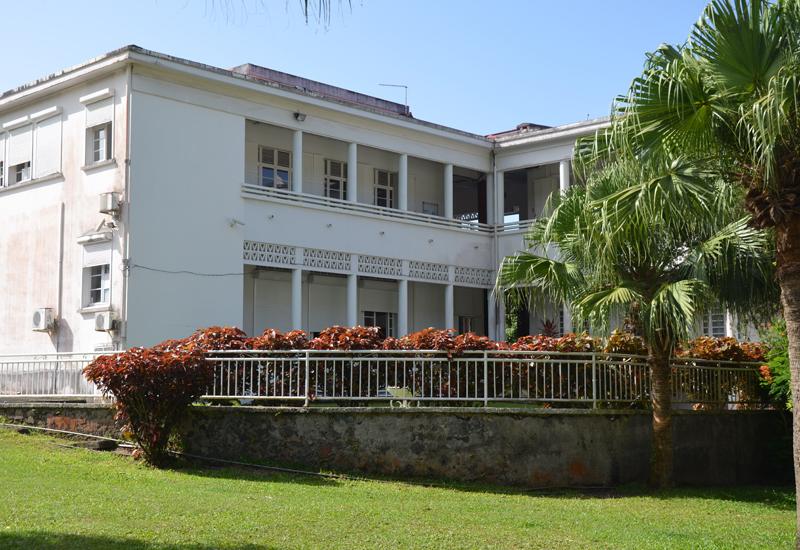 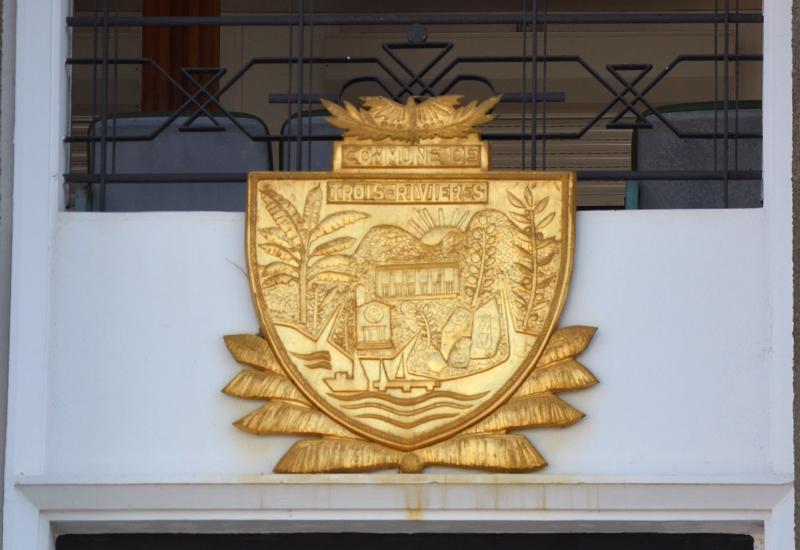 Trois-Rivières, Town Hall, the coat of arms of the City