Le Gosier derives its name from large pelicans known locally as “Grand Gouziers” (“Big Throats”). In the early days of colonialization, this headland protected merchant ships anchored in the harbor of Pointe-à-Pitre, and was used defensively to prevent access to Petit Cul-de-Sac Marin bay by possible aggressors.
The promontory now known as “Bas du Fort” was the first part of the commune to be settled—by the military—followed by the broad plains to the east of the Fort, in areas that still bear the names of the landowners who planted coffee, cotton, cacao, and manioc there:  Dampierre, Montauban, and L’Houezel.
Construction was begun on Fort “Fleur d’Epée” (a “Vauban“-style fortification) in 1763. It was seized by the British in April of 1794, a year of fierce combat during which the Le Gosier quarter was destroyed and its buildings demolished to shore up the ramparts. Upon his arrival in May, the new governor, Victor Hugues, implemented the emancipation decree enacted by France’s revolutionary National Convention (initial abolition of slavery), and soon routed the British with the help of 3,000 newly freed slaves. During the 18th century, extensive land clearing operations took place, first along the coast, then in the Grands-Fonds area, known for the quality of its soil. Proximity to Pointe-à-Pitre, with its high demand for provisions, was a major driver of the commune’s agricultural development. The plantations required a great deal of manpower, and the commune was not immune to the effects of the slave rebellions, with some slaves taking refuge in the remoter parts of Grands-Fonds. During that time, a certain proportion of the population moved further out (to Petit-Havre and Grand Baie), establishing settlements and developing robust fishing activities. In the early 19th century, competition with the United States, Ceylon, and Brazil caused growers of traditional crops (coffee, cotton, etc.) to turn to sugar cane.
In 1843, a new church was constructed; in 1882, a new lighthouse was built on the islet nearby; and in 1892, an imposing cross was erected at the entrance to the village. In 1900, Guadeloupe’s first radio transmitters were installed in the area known as Montauban. In 1928, the devastating hurricane that swept the island left its mark on Le Gosier. However, reconstruction paved the way for new economic outlets, including, in 1934, the building of the first hotel-restaurant, overlooking the sea, heralding the expansion of tourism in Le Gosier—which subsequently began building up its infrastructure, constructing roads, protecting historic sites, and sanding coves.The town, part of which is built on drained marshlands, retains much of its original character, with a few well-preserved colonial houses and authentic wood huts along the main street (the Boulevard du Général De Gaulle). In addition to the town center, a number of other developed areas are worth noting, including Bas du Fort, with its marina and hotels; Saint-Félix and Petit-Havre, with their magnificent beaches; the Pointe de la Verdure district, location of a casino and many hotels; and the Pliane and Dampierre residential areas. These many attractions make Le Gosier a lively place, with much to offer visitors and residents alike no matter what their interests. In addition to developing its tourist industry, Le Gosier has undertaken many modernization works, including the undergrounding of its power lines and the building of administrative infrastructures. In particular, the commune is home to the Departmental Residence and a vocational high school for hotel management. The recent completion of a major sporting facility in La Cocoteraie Park, including a 6,000-seat Palais des Sports (Sports Center) for holding performances and athletic competitions, has boosted the area’s recreational, tourist, and sports offerings. The commune’s athletic focus is further highlighted by numerous competitions throughout the year, including the Inter-Caribbean soccer tournament for youth under age 17, in April; a week-long sailing festival; the crossing of the islet, in June; and the “Relais du Sud“ foot race, in December.
The local population actively contributes to life of the commune, with many local organizations pitching in to organize theme-based festivals such as the “Goziéval” Carnaval parade, in January; the “Fête de la Musique” (Music Festival), held at Calvaire nature park in June; “l’Ilet en Fête“ (Celebration of the Islet), in July; the “Festival of Saint Cecilia,” in November; the Nwel Pakala Christmas festival, in December; and events such as Sound and Light performances and outdoor movie showings.

Initially established in the area between the marshlands and Grands-Fonds, with a fishing and agricultural sector that included coffee, cotton, and cacao, Le Gosier has become the cradle of Guadeloupe tourism. With a population of 26,550 men and women, referred to as “Gosiériens” and “Gosiériennes,” the 45.2-km2 commune offers visitors a wide range of activities and hidden natural treasures that make it especially exciting to visit.Visitors appreciate the variety of landscapes in the commune, from the hilly relief of Grands-Fonds (which constitutes 9/10 of the commune) with its breathtaking lookout points; to the long coastline festooned with beaches offering panoramic views of Le Gosier Islet, Marie-Galante, and Dominica; to the wide plains stretching to the sea from Bas du Fort to “Anse à Jacques” cove.
Bas du Fort lies in the western part of the commune. Its marina is home to a broad range of tourist and recreational activities (an aquarium, diving clubs, mangrove forest tours, sailboat and motor boat rentals, and more). Atop the hill overlooking National Highway N4, the late 18th century Fort Fleur d’Epée offers panoramic views of Petit Cul-de-Sac Marin bay. Traveling the National Highway toward Sainte-Anne, take a moment to relax at the cool and refreshing Source de Poucet, the only freshwater spring in Grande-Terre. Further east, visitors will pass through a series of mostly residential “sections” that once were home to the area’s plantations, with the remains of old windmills still bearing witness to the commune’s modest sugar cane past (Dampierre, Saint-Félix).
The coast of Le Gosier is lined with magnificent beaches:  groomed hotel beaches at Bas du Fort and Pointe de la Verdure; family-friendly beaches in the town of Le Gosier; and isolated or recreational beaches (surfing, jogging, scuba diving, kite surfing, etc.) at Saint-Félix, Salines (mangrove tours), Petit-Havre, and Le Gosier Islet. There are also many small coves that may be explored on foot. Parallel to the Route de la Riviera, the main road leading to Le Gosier’s various “sections,” lies the rural and scenic departmental highway D103, which crosses Grands-Fonds through a tangle of small hills and valleys in a bucolic atmosphere of untouched nature featuring a wide variety of tropical vegetation, including “corossol” (“soursop”) trees, orange trees, mango trees, “pomme-cannelle” (“sugar apple”) trees, and more. Creole root and tuber gardens (yams, dasheens) may be seen clinging to hillsides amidst breadfruit and banana groves. Oxen may be seen grazing in the coolness of lush, pond-studded valleys. Lovers of nightlife will find satisfaction in the town of Le Gosier and the districts of Montauban and Bas du Fort, which feature many restaurants, discothèques, piano bars, and even a casino (Pointe de la Verdure).
Local artisans and craftsmen, supported by many organizations in the commune, are riding a wave of popularity, with emerging new talents in sculpture and the visual arts, small clothing manufacturers (eyelet embroidery, madras), and makers of traditional musical instruments (the ka).
Spurred by its tourist industry and the energy of local entrepreneurs, the town of Le Gosier continues to welcome new industries (building construction, artisanal crafts, new technologies). Chemin Bleu tourist maps of Guadeloupe and city street maps are available at the Office of Tourism. www.villedugosier.fr. 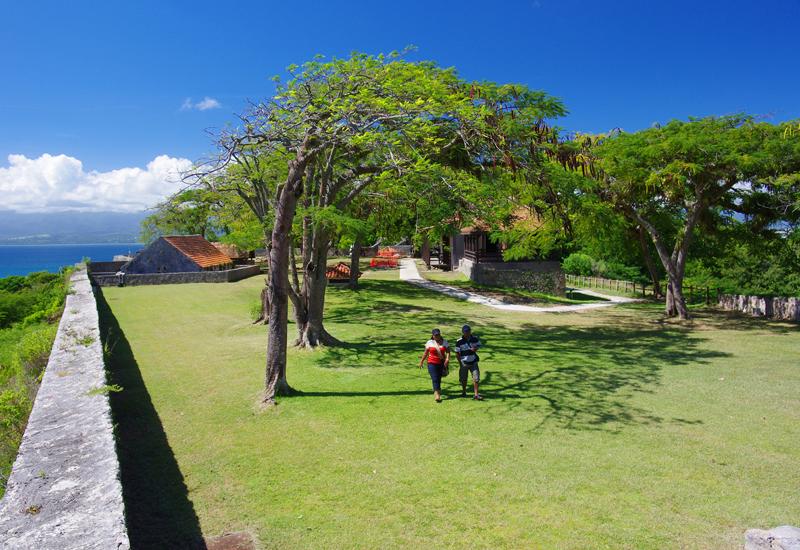 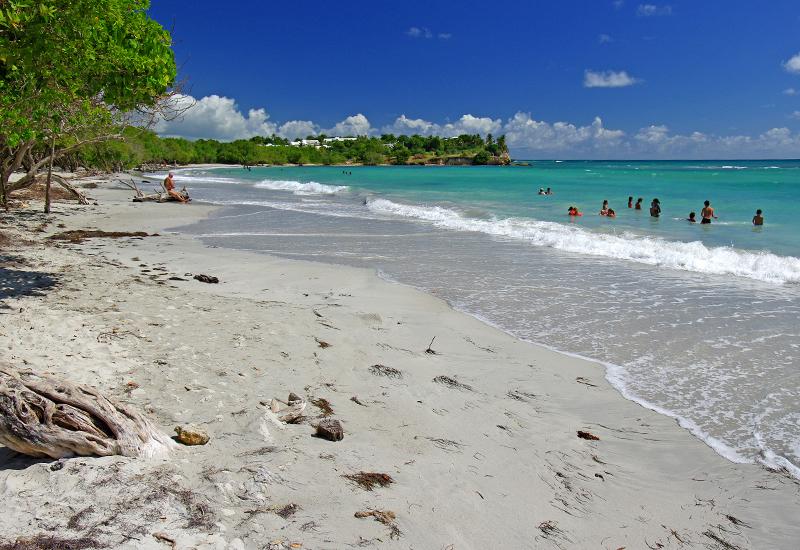 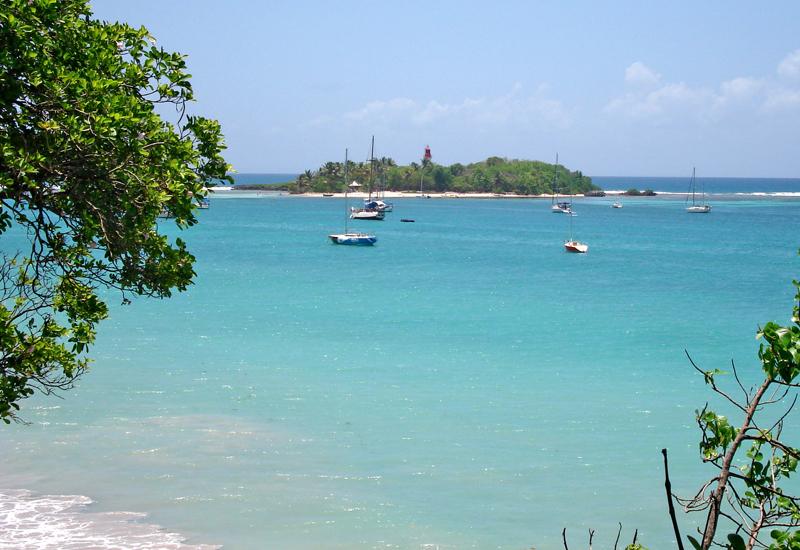 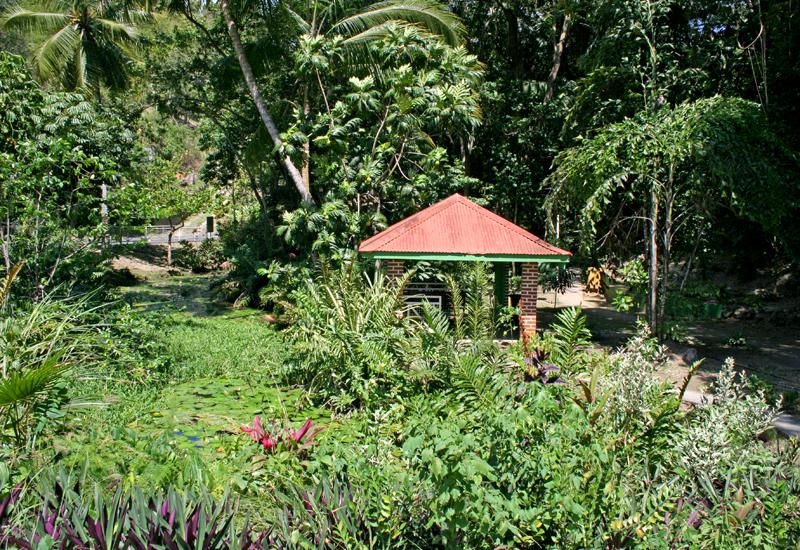