Originally known as Place de la Liberté, the square, named after a former deputy mayor, Frédéric Jalton, is a popular meeting place given its strategic location in the heart of the city. Facing the City Hall, and offering direct access to the church, it is a pleasant, shaded, pedestrian area full of flowers. It is also a place of commemoration, for in the center of the square is the war memorial, honoring those who fell in WWI, with the traditional “poilus” (mainland French soldiers) being replaced by Caribbeans. In a corner of the square is the Republican column, topped with a bust of Marianne. Close by is a bust of Frédéric Jalton. Born in Les Abymes on February 21, 1924, Jalton practiced as a doctor before going into politics in 1956, when he co-founded the Guadeloupian Federation of the Socialist Party. He was elected head of the Departmental Council in 1964, and subsequently rose swiftly in politics. Three years later, following a special election for mayor, he became mayor of Les Abymes. In 1973, Jalton was elected member of parliament for the second district, a crowning achievement for this doctor from a humble farming family. From 1980 to 1981, he served as a member of the European Parliament before returning to the Assemblée Nationale in Paris, where he remained until his death in 1995 at age 71. 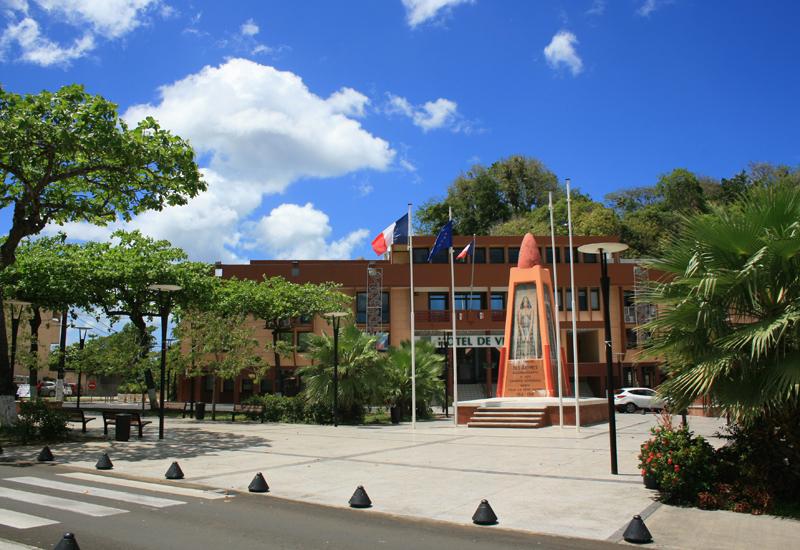 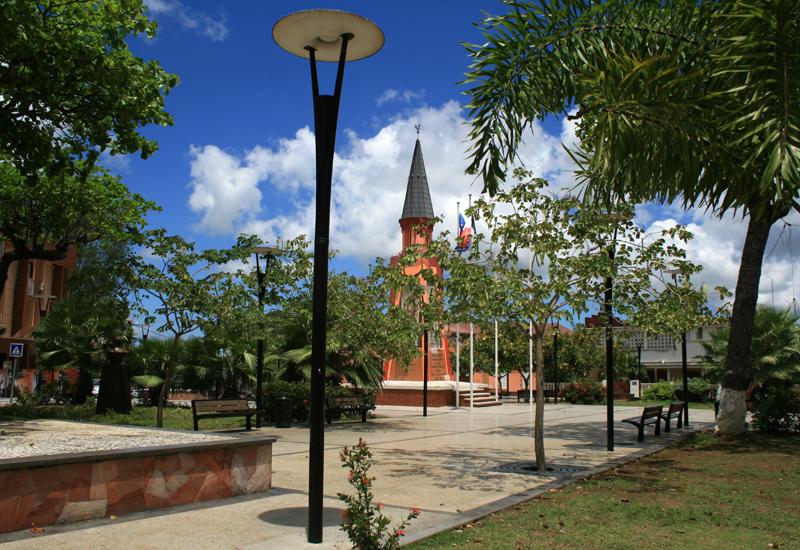 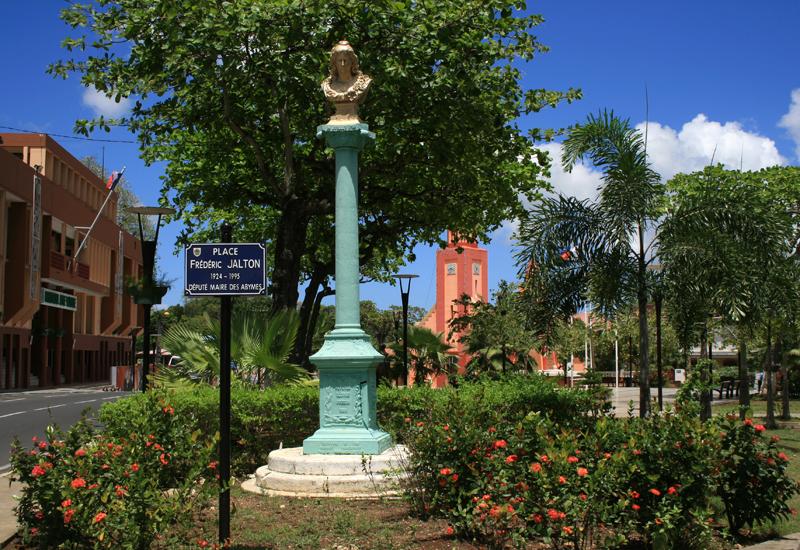 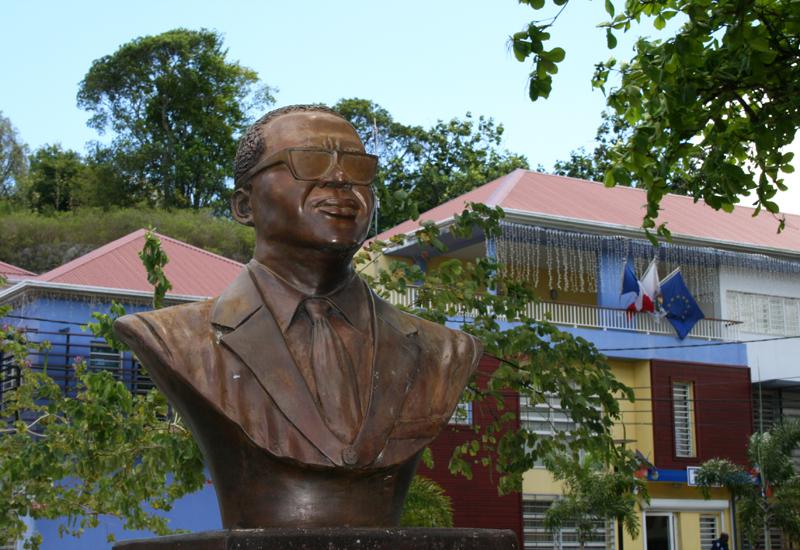