Commissioned by the Sainte-Anne Mayor’s Office and the Guadeloupe “Comité 94” (committee for the commemoration of the abolitions of slavery), this Memorial was inaugurated on the bicentennial anniversary of the 1802 struggle to prevent the reinstitution of slavery. Designed and built by Guadeloupe artist Jocelyn Pèzeron with the help of young people from Sainte-Anne, this work of art pays homage to “Nègs Mawons,“ escapees who risked their lives by refusing to submit to slavery. The memorial features objects associated with the lives of the slaves:  a lambi conch, used by slaves to communicate from hill to hill; a whip; a drum; and a mill:  the setting in which slaves worked and suffered. The escaping slave is depicted as mutilated (ears, hand, and leg cut off), but nevertheless triumphant, determined to flee his life of servitude no matter what the cost. Slaves who escaped, alone or in groups, often prepared well in advance, sometimes with no desire for revenge, but other times organizing themselves as “commandos,” burning harvests and poisoning their masters. When they were recaptured, the Code Noir (a mid-18th century set of laws defining the conditions of slavery in the French Antilles) permitted masters to mete out an array of punishments:  ears were cut off in retaliation for a first escape, the tendon at the back of the knee for a second. The third escape was punishable by death. If the escapee was killed during the “chase” or “hunt,” the killer brought back an ear and a hand to the master as proof of his mission’s success. 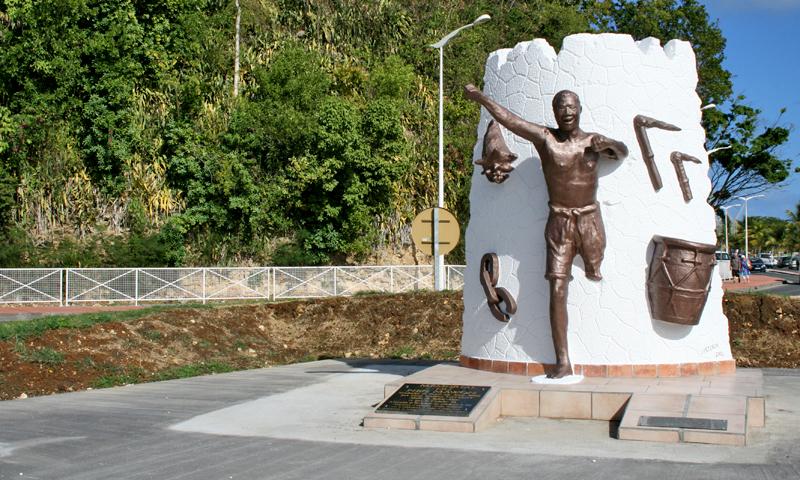 Memorial of the Nèg Mawon: the attributes of the servile condition 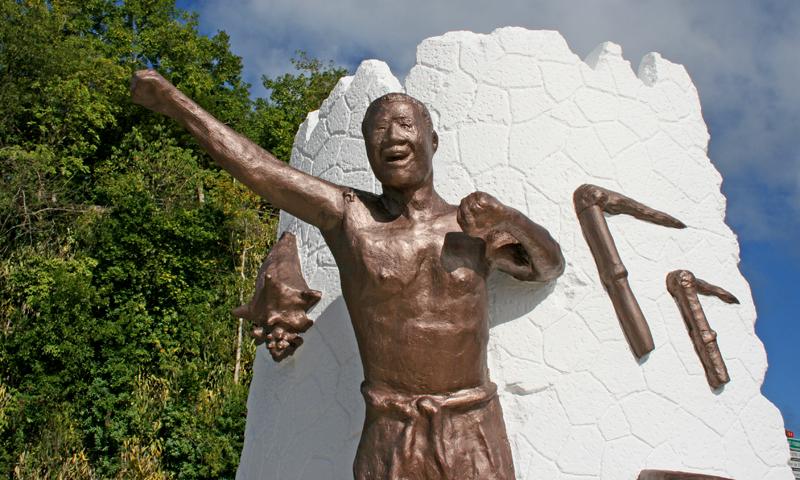 Memorial of the Nèg Mawon. Despite the suffering, the energy of the revolt 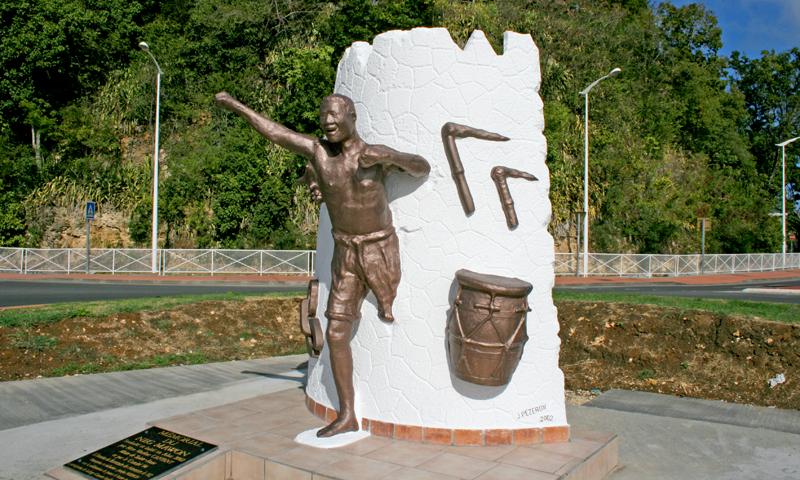