Erected in April of 2009, this bust pays homage to former Mayor of Saint-François Lucien Bernier. Born in 1914 and trained as an attorney, Bernier began his political career in the aftermath of World War II as Conseiller Général of Pointe-à-Pitre (1945 - 1949). This was followed by terms as Mayor and Conseiller Général of Saint-François (1949 - 1989), Senator of Guadeloupe (1959 - 1968), President of the Conseil Général (1973 - 1982), and Conseiller Régional (1983 - 1986). He died in 1989. During the time in which he served the people of Saint-François, Bernier oversaw the transition of the commune from a small, isolated borough, its population center surrounded by fetid swamps, to a resort town equipped with modern infrastructures. Champion of the movement to make Guadeloupe an overseas department, rather than a colony, of France, Bernier responded to the decline of the sugar economy by mounting a building program, financed by investments, that resulted in the construction of a number of community facilities, primarily oriented toward tourism, which he believed should become the commune’s leading industry. From this sprang a network of hotels offering 2,000 beds—including lower cost options (such as the “VVF” holiday village for families and groups) - a marina, and an international golf course. Saint-François has been visited by nearly 200,000 tourists since 1986. 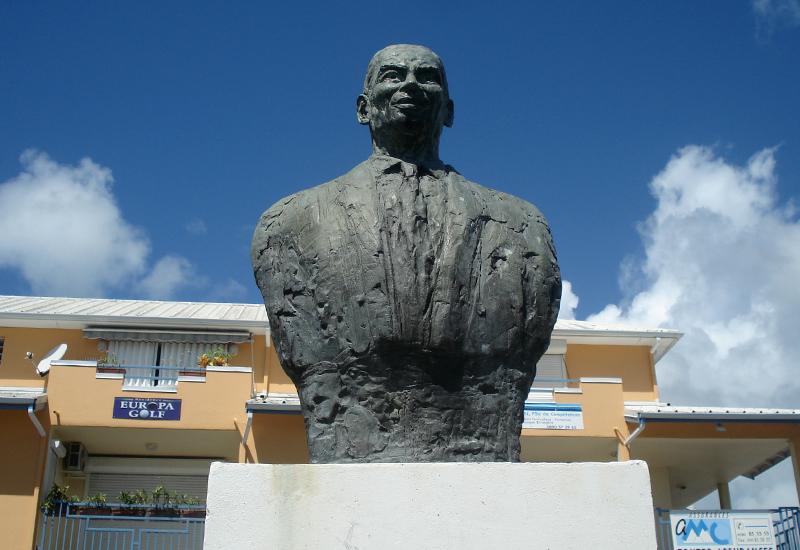 Bust of Lucien Bernier - Saint-François: a look towards the future 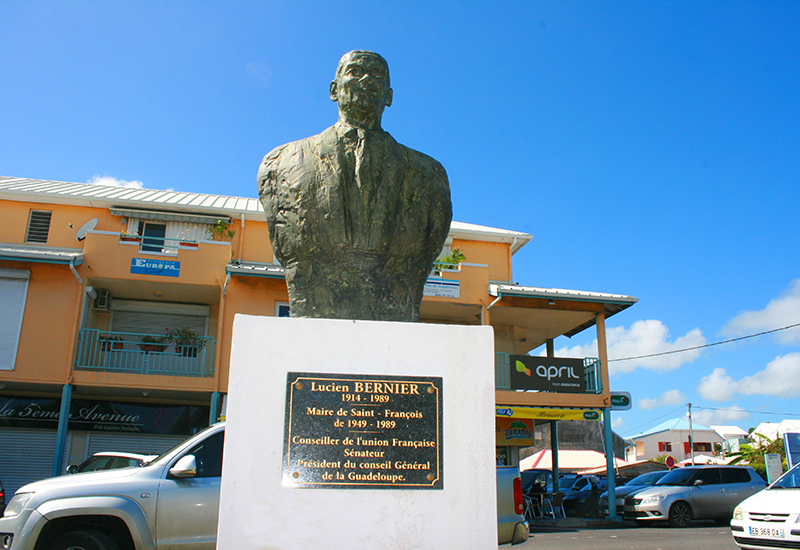 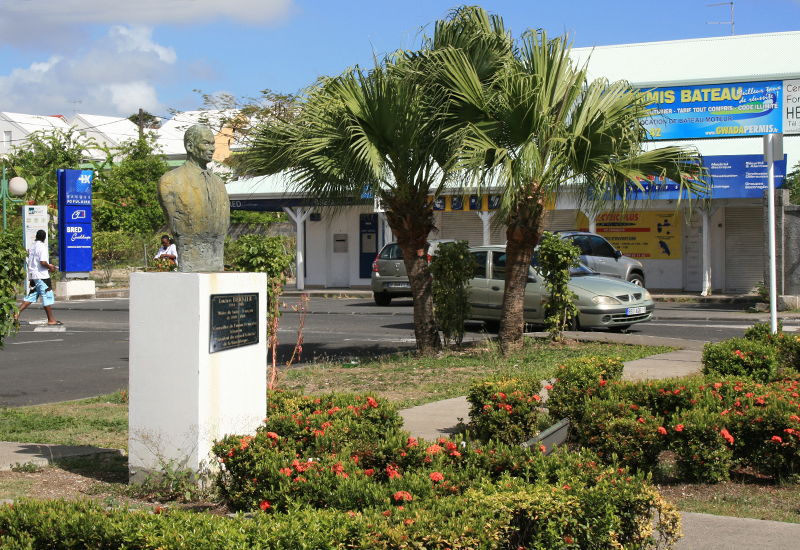 In the center of “Espace Lucien Bernier“