This impressive structure was inaugurated in September 2012 across from the Town Hall on Childéric Trinqueur square, at the location of a former CEG (collège d’enseignement général, or middle school). It bears the name of a previous mayor of Baie-Mahault (Guadeloupe), Paul Mado. The architecture of the Paul Mado Multimedia Library, whose preserved facade features a mural painted by Guadeloupe artists Joël Nankin and Antoine Nabajoth, is designed to be transparent, allowing for a panoramic view of Grand Cul-de-Sac Marin. A multi-purpose facility, it was designed by a team of Guadeloupe architects, and has a footprint of 1,690.90 m2. It has three levels, with a number of well-organized activity hubs:  music room; the “Ruche“ (“Hive”) room, used among other things for “story hour;” a multimedia area; workroom; multipurpose room; painting studio, and a music workroom. It therefore offers many pleasant spaces conducive to encounters and open exchange, and regularly organizes events for toddlers, school-age children, associations, and institutions. Many cultural events are also held here. A major promoter of Baie-Mahault culture, it immediately assumed a central role in the urban renewal of the downtown area, increasing public access to information and culture. The former middle school building was built in 1930-40. Its structure and manner of assembly made it possible for it to be architecturally transformed. 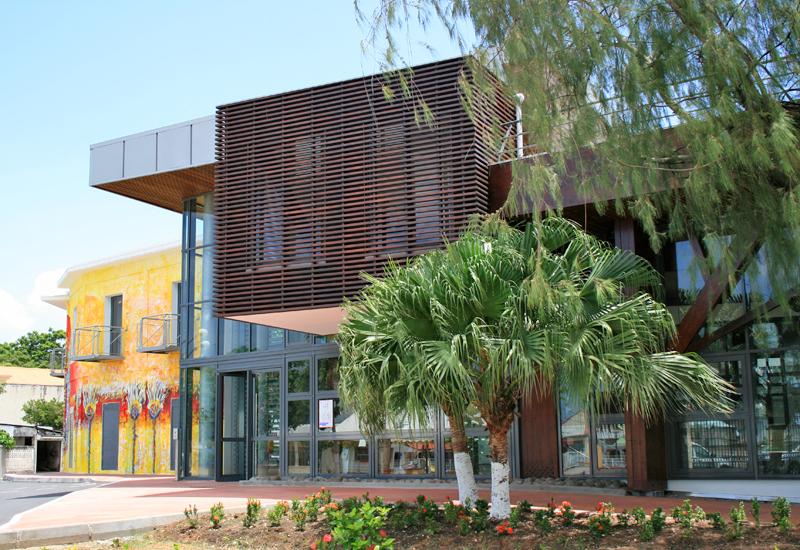 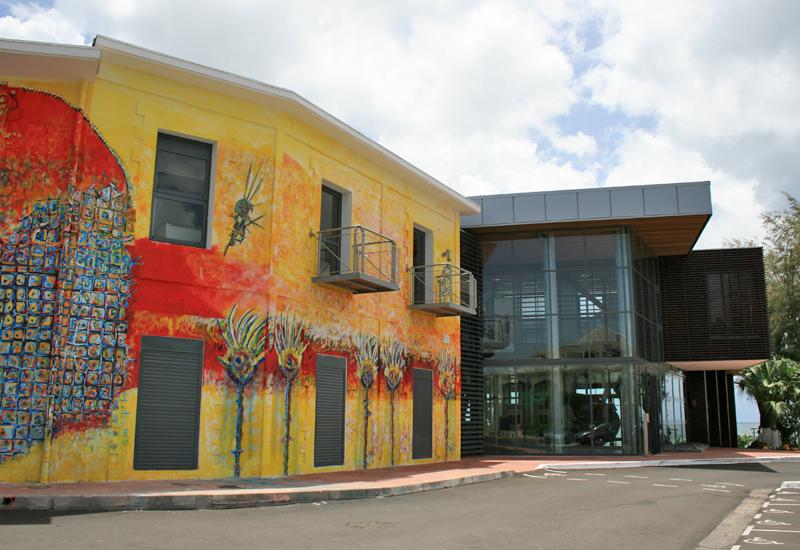 Fresco realized by the artists Joël Nankin and Antoine Nabajoth 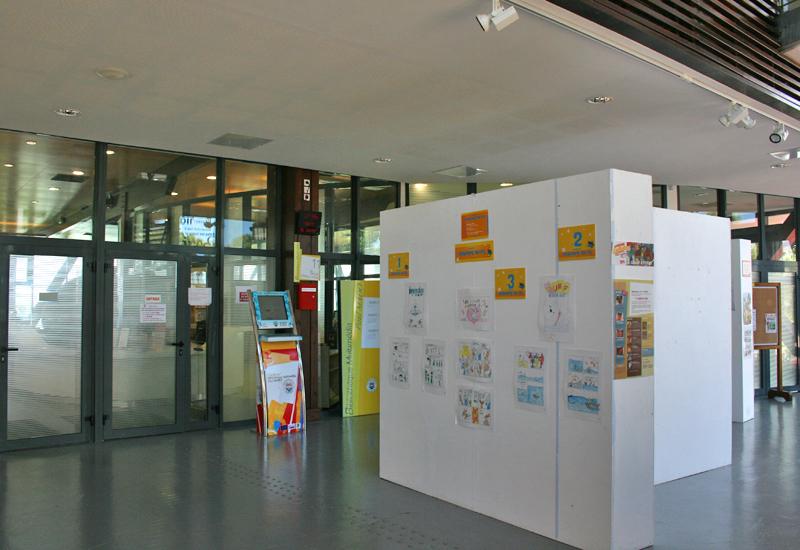 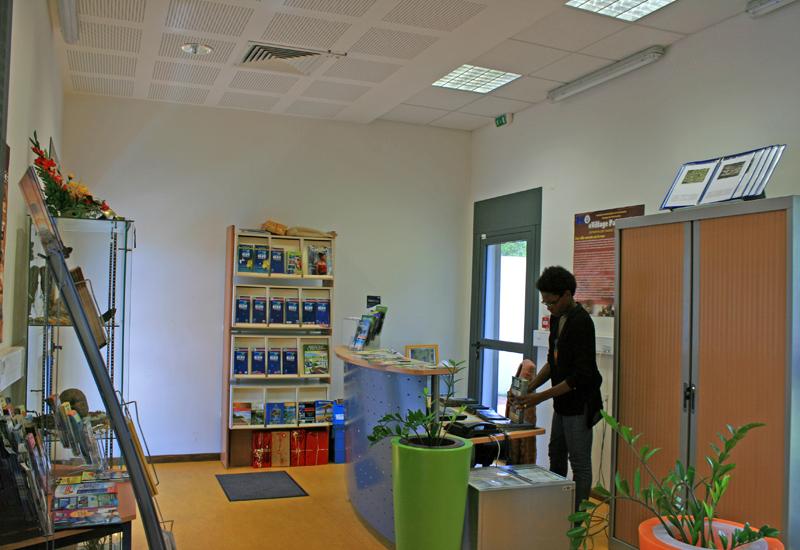