A centrally located park in the city of Basse-Terre, Champ d’Arbaud was first used in the late 18th century as training and parade grounds for military troops attached to the arsenal, at which time it extended all the way to the sea. During the occupation of 1810, the British used some of its land to build their government headquarters.
In around 1815, the square was developed by Governor Lardenoy to create a park area and Stroll. In 1924, a Great War Memorial was installed, commissioned by Governor Robert with the agreement of the Conseil Général. An additional votive inscription was later added to commemorate World War II. The monument features several symbols of the French Republic:  the monogram RF (for “République Française”); a rooster perched atop the highest column; a depiction of Marianne, protector of France; a World War I soldier; helmets and laurels atop the lower columns; and the flame of victory. The Great War mobilized 8 million men in France. Some 1.5 million soldiers died, and 3.4 million were wounded. Nearly 1,500 men from Guadeloupe fell on the battlefield. The Law of October 25, 1919, provided funds to communes for commemorating those who gave their lives for France. War memorials were erected in every French commune, usually in public squares near the Church or town hall. These took many different forms, from simple columns to more elaborate monuments with several levels, evoking heroism and sympathy, and depicting objects of war, weapons, projectiles, the pain of a grieving mother, or the suffering of a soldier in his death throes. 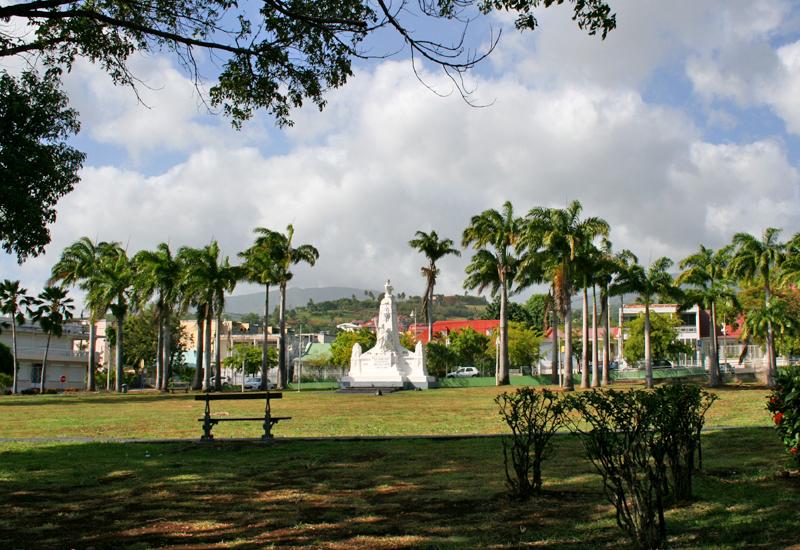 Champ d'Arbaud in Basse-Terre, Guadeloupe: a place of ceremonies and commemorations 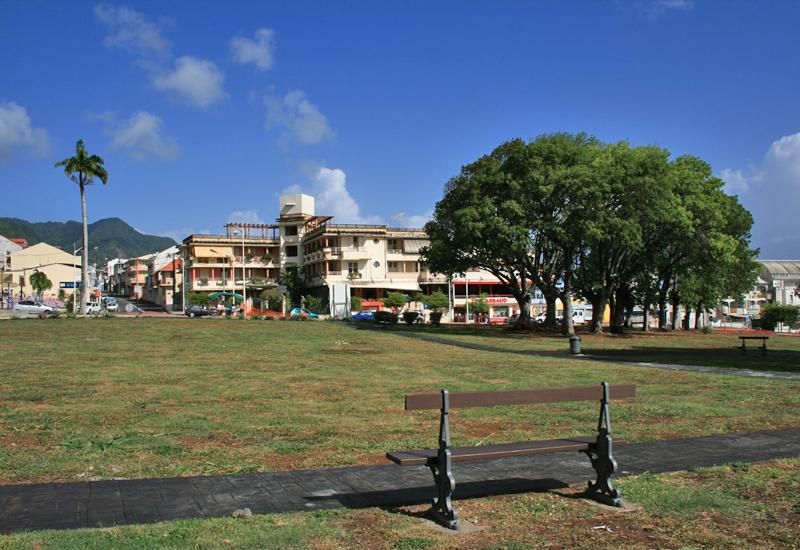 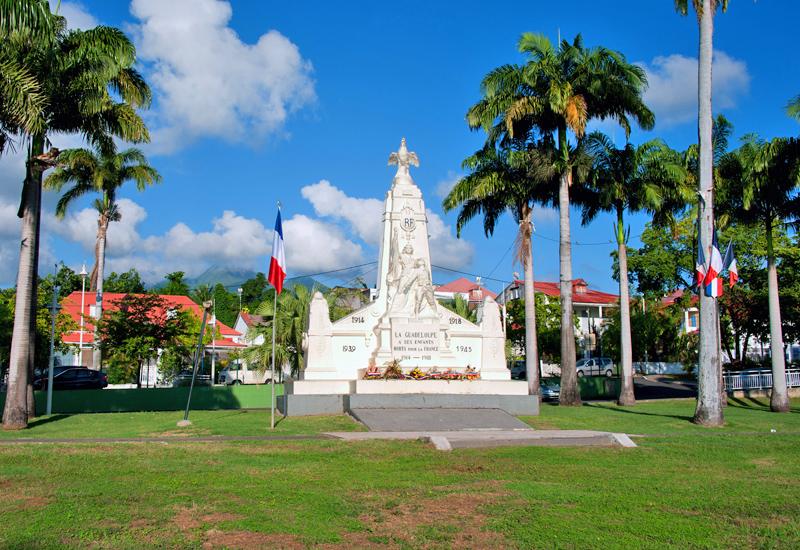 The war memorial presents several symbols of the Republic 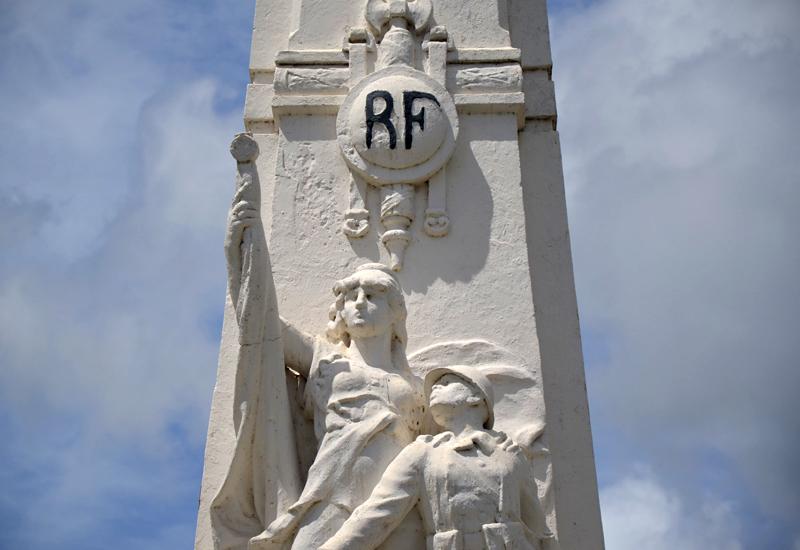 Under the RF monogram, the protective Marianne and the soldier (“the hairy“)