Windmills known since the 12th century in Europe and much earlier still in Asia (Afghanistan), appeared at the beginning of the 18th century (1730) in Guadeloupe, less than a century after the arrival of the French in 1635. However, their use really began to develop around the third quarter of the 18th century. The Plaisance mill met the construction standards of the time and included a very elaborate operating system. It consisted of a barrel, name given to the tower which constitutes the body of the mill, of frustoconical shape, the most widespread in the XIXth century, with inside a workspace intended to receive one or more pairs of grinding stones. The hat designated the roof, or the cap of the windmill. It was mostly mobile and slid on a sleeping path, a kind of wooden rail or hollowed out in the stone of the body of the mill. To resist strong winds, the conical hat did not extend beyond the tower. The mill also had a windlass (or tail), a sort of wooden rudder, attached to the hat, which made it possible to orient the wings facing the wind. Four wings formed the engine of the windmill, each composed of a central axis, the yard, which supported transverse bars. A wooden axis transmitted the energy diffused by the movement of the wings to the grinding stones, thanks to a gear system. A large toothed wheel (the spinning wheel) located on the same plane as the wings resulted in a horizontal gear (angle transmission system). The mill was also equipped with a lantern consisting of two circular wooden trays to transmit the movement of the spinning wheel to the millstones. These worked in pairs, the "sliding" fixed below, and the mobile above. A metal axis, integral with the lantern, transmitted the movement to the movable wheel. 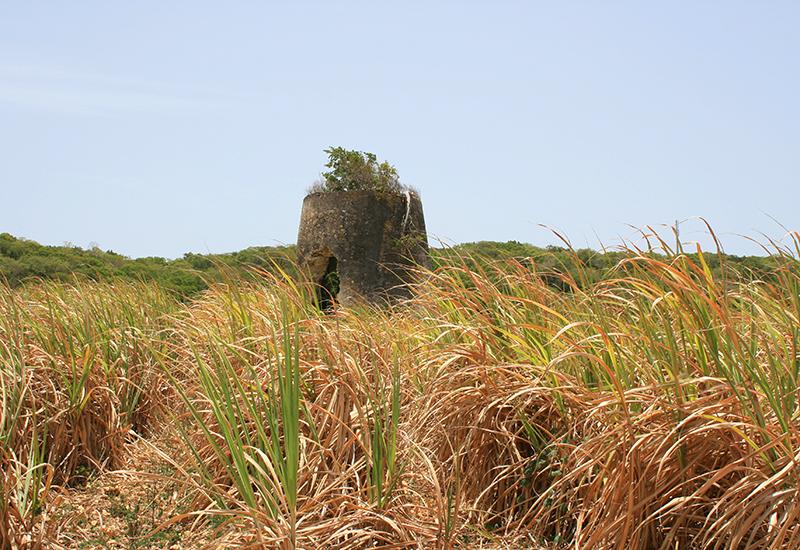 Emerging with pride in the middle of the cane fields, the Plaisance windmill 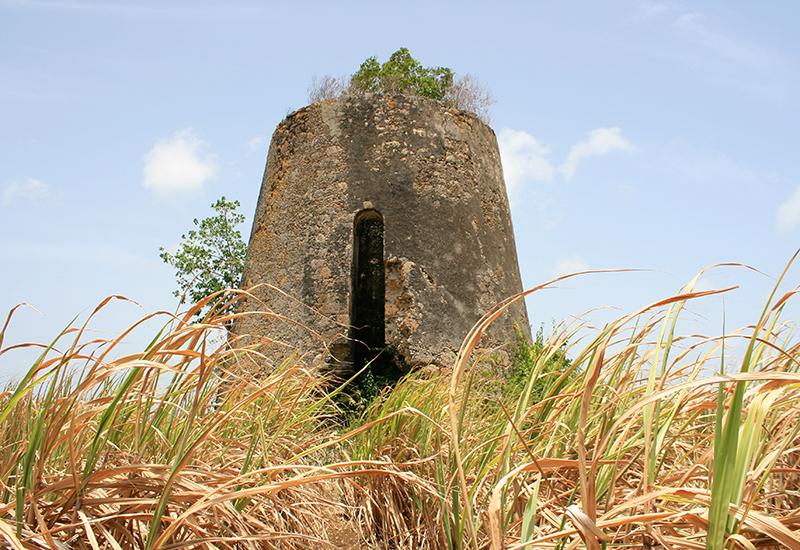 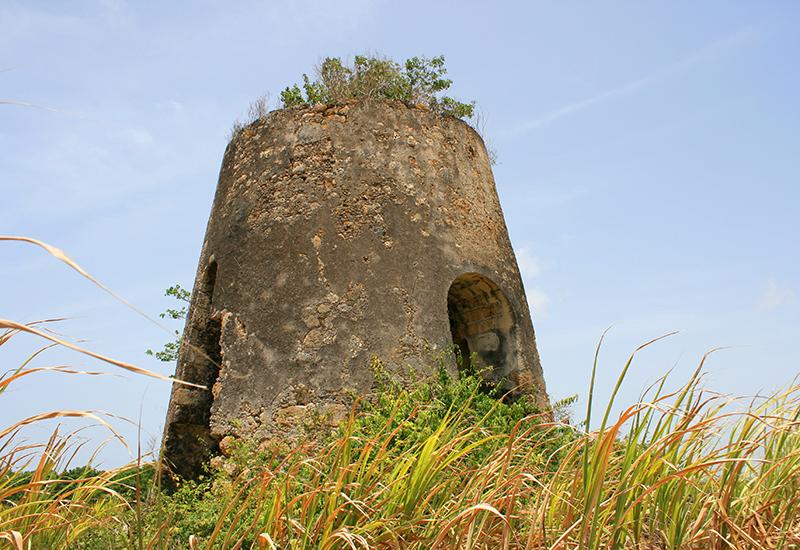 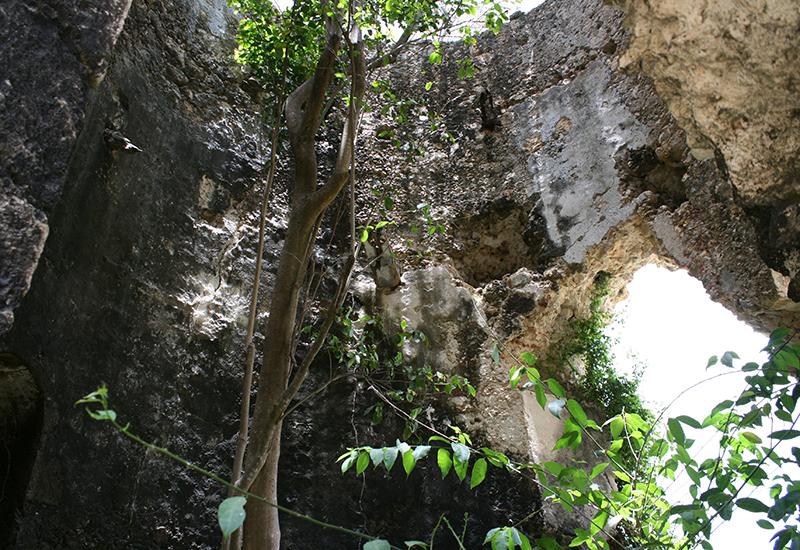 Vegetation as the only companion