Built on a planation of the same name in the early 19th century, this windmill, which replaced an animal-powered mill, remained in operation until around 1880. Built as a tapered cylinder according to the “tower mill” model—the most common mill design in Guadeloupe—it featured an armature that could be rotated to face sails into the wind, as well as three arched openings of dressed stone, the largest of which was used to introduce the windmill mechanism (shafts, rollers, chassis, etc.). Not open to the public. 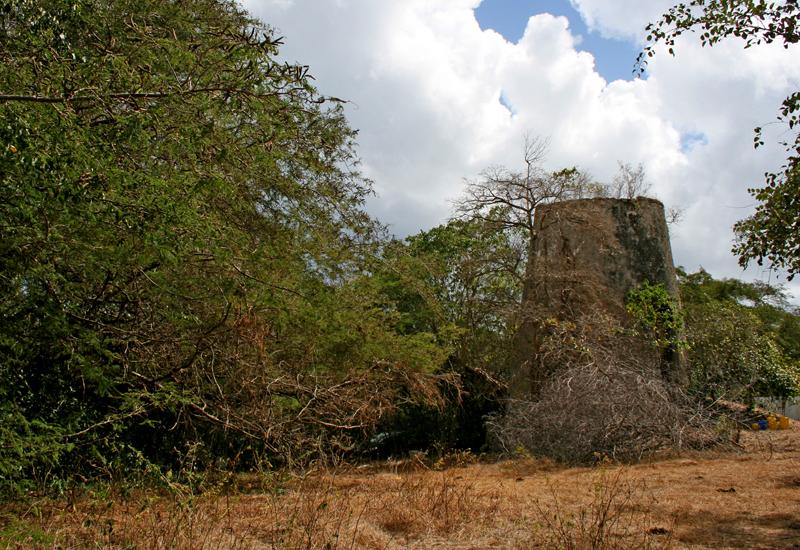 Moulin de Dampierre (Dampierre mill), vestige of a canned past hidden in the middle of a residential area 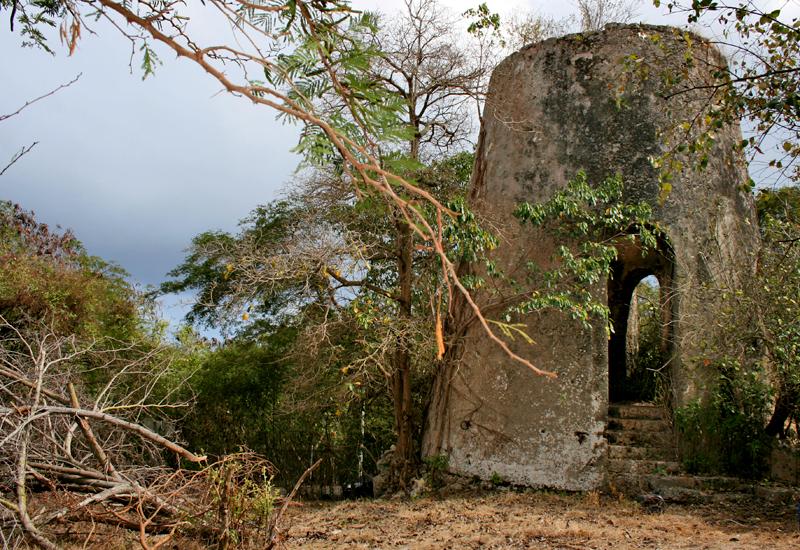