Dedicated to Our Lady of Mount Carmel, this church was built in the mid-17th century by the Jesuits, who were charged with evangelizing the slaves. After the Jesuits left the colony, the Carmelites, as official parish priests, acquired the church in 1772, dedicating it to the patron saint of their order on July 16. Built in the neo-classical style, the façade features four pilasters enclosing two statue-less niches, three triangular pediments, and a heraldic emblem depicting two leopards (donated by the brother-in-law of Charles Houël). In the early 20th century, the church was enlarged to include a grotto invoking the vision of the Immaculate Conception revealed to Saint Bernadette of Lourdes. It remains a place of pilgrimage and spiritual replenishment for Christians even today. Notre-Dame du Mont-Carmel is part of the very foundation of Basse-Terre. It was classified as a historic monument by ministerial order on April 20, 2006. 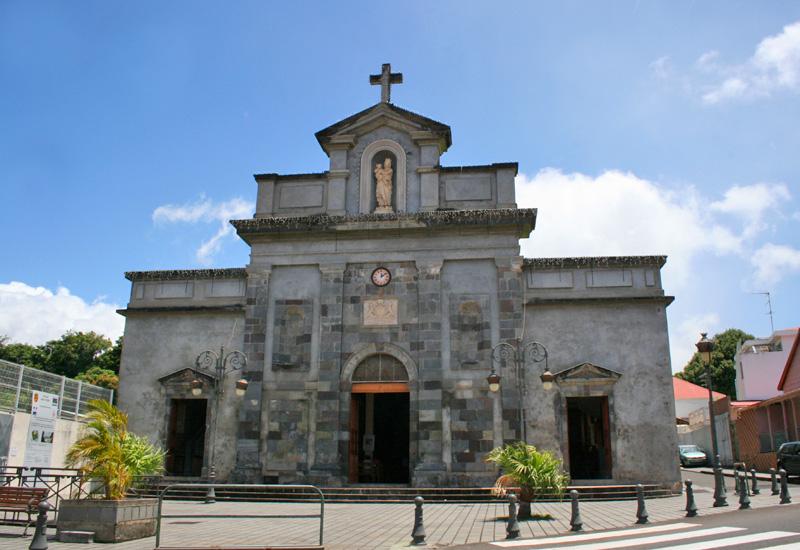 Church of Our Lady of Mount Carmel, Basse-Terre. The neo-classical facade 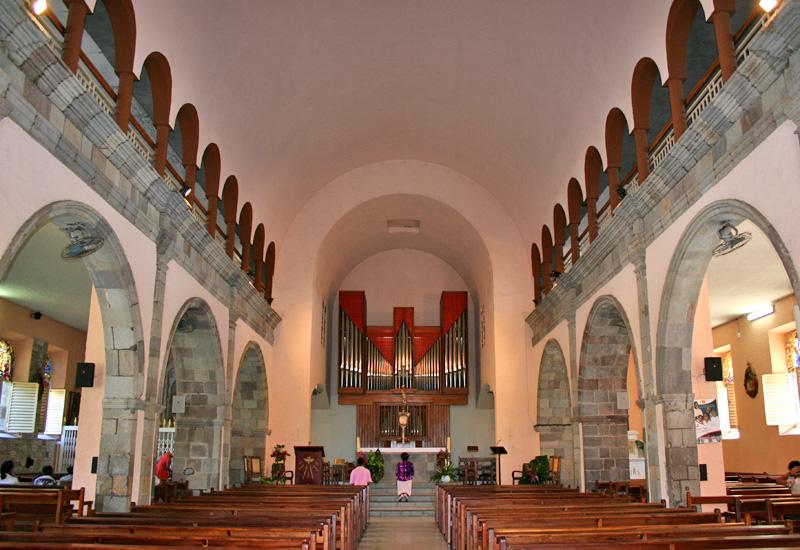 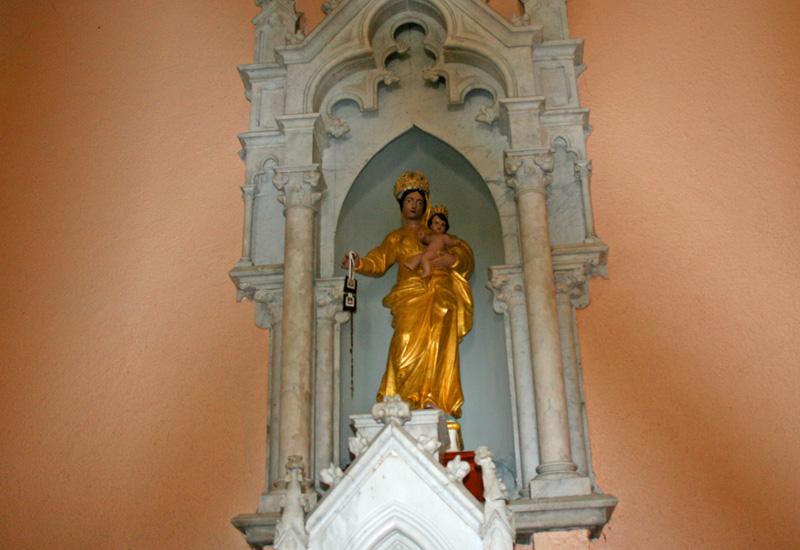 Basse-Terre, Church of Our Lady of Mount Carmel. Place of devotions