This War Memorial (designed by architect Edmond Mercier) was erected at the request of then-mayor Léonard Chalus in memory of the commune’s “poilus” (World War I infantrymen) who gave their lives for France. It was inaugurated on January 12, 1936, on the central square in front of the Town Hall, and is located near the Paul Mado Multimedia Library, overlooking the sea, surrounded by a small fenced-in garden. This simple concrete monument, in a representational in style, is elevated on a few pediments. It depicts a typical foot soldier of the Antilles (one of only two such depictions in Guadeloupe, the other being the Port-Louis War Memorial), wearing the traditional greatcoat, legging bands, laced boots, and helmet of the colonial armed forces, rifle at his side (the Lebel bayonet, used by French troops beginning in 1886). He is standing at attention in front of a wall bearing a Croix de Guerre at the top and the inscription, “A nos morts 1914-1918“ (“To our dead 1914-1918”). The statue is the work of sculptor Emile-André Leroy. Two plaques to the left and right of it bear the names of the fifteen young men who were killed in action in World War I. Flags symbolize the French Republic. A plaque is also displayed to honor all colonial troops. The term ''poilu'' refers exclusively to French soldiers of World War I. However, the term was not used by the soldiers themselves, and was used, though only sparingly, during World War II. It was French slang for a powerful, virile man. Some also claim that the term was inspired by soldiers in the trenches who let their hair and beards grow (“poilu” meaning “hairy”), although this would be incompatible with the wearing of gas masks. Guadeloupe dispatched over 11,000 men to fight in both French mainland units and colonial contingents, 1,470 of whom died. 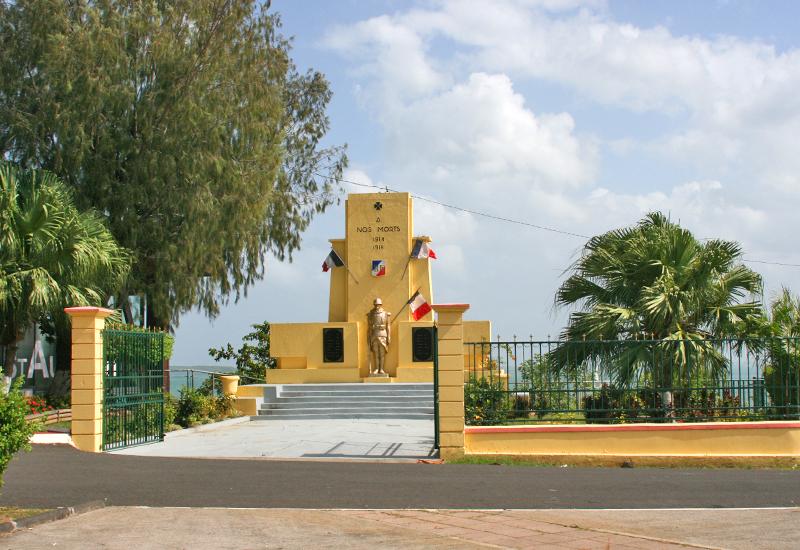 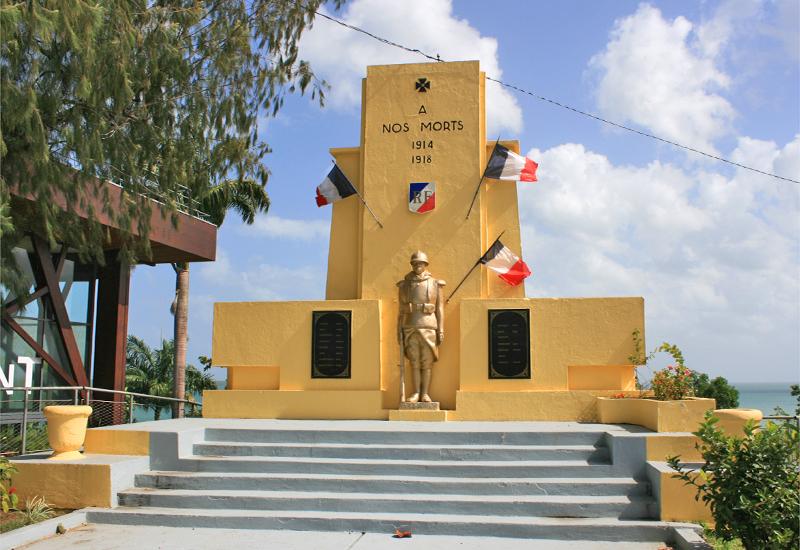 War Memorial. The names of soldiers who died in war are carved in marble 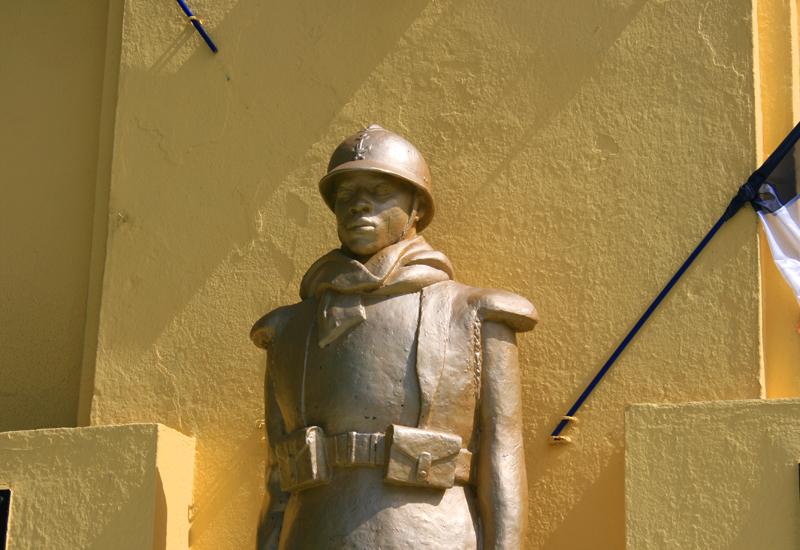