The monument on Morne de la Mémoire, or “Memorial Hill” (formerly Morne Portal), was created by the designer, Jean Moisa, and monumental masons, Alain and Jean-Marc Bunel. The memorial consists of five imposing marble books, engraved with the names of 1,480 men and women who were torn from their homeland by the “mechanical force of the triangular trade” to become slaves here in Les Abymes. The placement of the memorial lends it a solemn air, not unlike the cenotaphs that commemorate the fallen: it is a testament to the quest to establish genealogy, to anchor these people in time and place, while at the same time urging Guadeloupians to be proud of their history and conscious of the sacrifices that their ancestors made. Morne de la Mémoire is also a testament to our valiant ancestors’ struggle for freedom, and serves as a shrine to peace, harmony, and reconciliation. A baobab tree was planted here during the inauguration of the memorial by Deputy Mayor Eric Jalton on May 25, 2013. 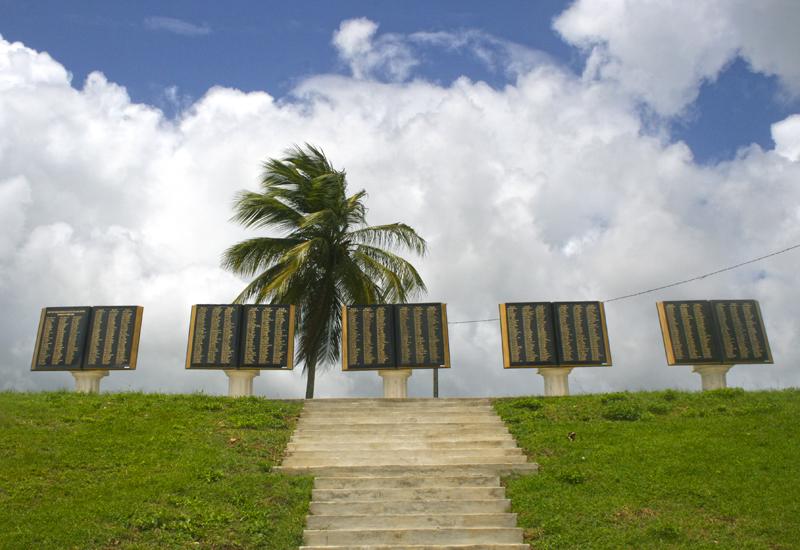 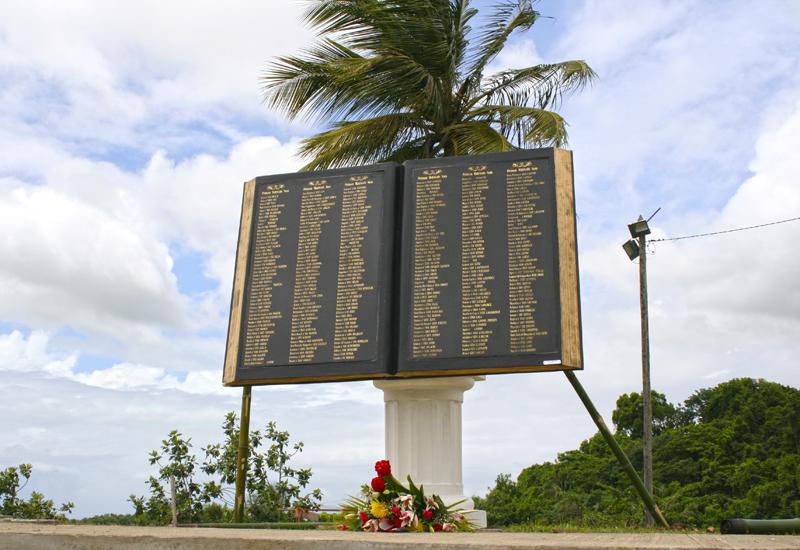 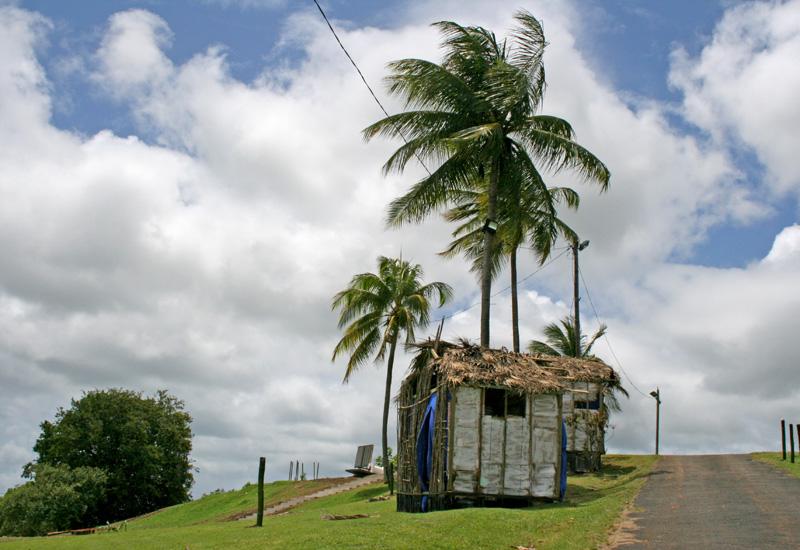 Les Abymes, Morne de la Mémoire the day of the inauguration, the whole place was staged 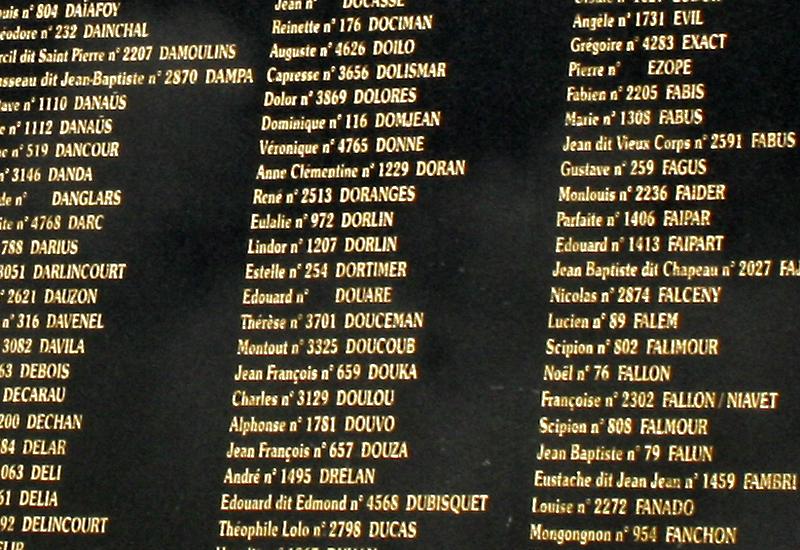 The names of slaves are listed