Located at the northern end of Basse-Terre Island, Sainte-Rose (118 square kilometers, population 21,000) is among the largest communes in Guadeloupe.
Although, initially, Sainte-Rose was home primarily to cotton- and tobacco-growing concerns, it quickly became a sugar- and rum-producing hub, a vocation for which it was well suited, due to the many rivers within its borders. In 1973, the decline of the sugar industry led to the closure of the Comté de Lohéac and Bonne-Mère refineries. However, Bonne-Mère managed to hold on to its distillery, and today Sainte-Rose boasts two distilleries producing high-quality rums that regularly take top prizes:  Domaine de Séverin, in Cadet; and the Reimonenq Distillery, home to the Musée du Rhum (“Rum Museum”), in Bellevue. Local farmers have been diversifying their crops for some years now, focusing, in particular, on the flavorful “bottle pineapple.”
The variety of landscapes in Sainte-Rose makes it naturally attractive to tourists. A number of guest lodgings have also been established in the heart of lush tropical forests, along with restaurants offering seafood dishes and traditional cuisine—all of which testify to local interest in developing tourism.
The port of Sainte-Rose is an excellent jumping-off point for exploring magnificent underwater depths and the Grand Cul-de-Sac Marin Bay natural reserve. Managed by Guadeloupe’s National Park service, this reserve encompasses three distinct ecosystems:  mangrove swamps, grassy wetlands, and coral reefs, which are home to many different species of sponges, corals, gorgonian corals, mollusks, crustaceans, sea turtles, and over 250 species of fish.
The D19 leads to Sofaïa and its famous sulfur baths. On the way, stop at the “Ecomusée Créole“ (Ecomuseum creole) which proposes to discover the natural, historical and cultural heritage of Guadeloupe and a Creole garden with many medicinal, culinary and aromatic plants. Six kilometers to discover Sofaïa hot springs and its 31°-C water. These springs appear to have been unearthed by the earthquake of 1843. Enjoy a breathtaking view from the site. Along the trail, pools, cascades, and hot springs provide invigorating opportunities to cool off or freshen up. Along the coast, historical vestiges plunge visitors into Sainte-Rose’s past, including:  the ruins of “Madame” Church; archeological sites at Madame and Vieux-Fort; the former aqueduct of La Ramée Plantation; and the Nogent Refinery, recently restored). National Highway N2 follows the coast, lined with coves and light-sand beaches, nesting places for sea turtles (March and April). Two islets, Kahouanne and Tête-à-l’Anglais, off the coast of Pointe Allègre, add charm to scenic ocean views.
Departmental Highway D18 leads across Sainte-Rose’s inland region to Deshaies. This trunk road passes near Sainte-Rose’s highest point (a 357-meter peak in Basse-Terre’s northern range). Don’t miss the beautiful lookout point with its panoramic view of Grand Cul-de-Sac Marin Bay.

The parish of Sainte-Rose was initially named Grand Cul-de-Sac Marin, and then Saint-Pierre. Dispatched by the Compagnie des Iles d’Amérique (Company of the American Islands), the first Frenchmen to arrive on the island landed in 1635 at Pointe Allègre, led by Charles Liénal de L’Olive and Jean Duplessis, the latter being the faithful lieutenant of Pierre Belain Sieur d’Esnambuc, who was instrumental in settling Saint-Christophe Island, then-capital of the new French Antilles. Their task:  to colonize Guadeloupe. They were accompanied by four members of the religious Order of Saint Dominic chosen by Cardinal Richelieu (Raymond Breton, Pierre Pélican, Nicolas Bréchet, and Pierre Gryphon) and four hundred colonists under three-year contracts.
The area remained more or less uninhabited at first, with houses widely dispersed across the territory. However, starting in the 1650s, the wide swaths of land extending from the coast to the island’s foothills were seen as perfect places for growing sugar cane, and plantations soon sprang up in parts of Sainte-Rose that still bear their names, thus launching the sugar economy. In 1710, King Louis XIV signed letters patent permitting Pierre Gilbert De Crapado to create the “Comté de Lohéac” administrative district, on the condition that a church be established under the patronage of Saint Pierre (who Mr. De Crapado was named for). When the settlement developed along the coast, the church was moved to the hill, where it remains today. Construction on this building was begun in 1743. However multiple hurricanes prevented its completion until 12 years later, at which time it was dedicated to a Peruvian of mixed European and indigenous heritage, Saint Rose of Lima. The church was likely placed under her patronage at this time, with a feast day on August 23. However, in 1794, then-governor of Guadeloupe Victor Hugues, inspired by the French Revolution, renamed the commune “Tricolore;” a square still bears the name, although the commune restored the name of Saint-Rose during the Restoration period. Jean Etienne Bernard de Clugny was born here in 1729, succeeding Turgot in 1776 to become the only French Minister of Finance to be born in Guadeloupe.
A tour of the town reveals a few notable traditional houses still in good condition, as well as the “white house,” in the waterfront district. Designed by architect Ali Tur in 1935, this was the town’s first administrative building. It has been used since as the town hall, a school, a post office, a community hall, and a museum. A remarkable fountain entitled “Mère et ses Angelots” (“Mother and Her Cherubs”) may be seen on the esplanade in front of the Town Hall.
Fishing is still an active industry here, concentrated around the town port as well as Port Morne-Rouge. The development of a new fishing and pleasure boat port, one of the commune’s major infrastructure developments, will meet the needs of both fishermen and boaters. It will also offer excursions to the nearby islets, deep-sea diving, tours of the mangrove swamps, canoeing, and kayaking.
The commune of Sainte-Rose continues to develop, rezoning its main populated area, creating many lodgings, renovating the waterfront, improving the Boucan neighborhood, and creating new residential neighborhoods in Bébel and Nogent-Vinty.

The stimulation of commercial activity, particularly in the town center, the creation of the Nogent business park and the spectacular development of the Nolivier zone, which hosts many companies, including several local food companies such as "Cochon Pays Guadeloupe", "Dame Besson" Creole sauces, “Man ƒéfé“ peppers and delicious homemade sweets from "Karaib’Confiseries". Efforts are also being made to improve the quality of life with the creation of new walking areas, the development of green spaces and playgrounds. The interest shown by the municipality in environmental matters is reflected in the development of the coastline between Cluny beach and the Plage des Amandiers (beach of almond trees) concretized in particular by the development program of Anse des îles and the site project natural and cultural initiated by the “Conseil départemental“ at Pointe Allègre. Environmental ambition still with the new recycling unit to produce biogas and the development of complementary energies since eight giant wind turbines for a total power of 16 megawatts have been installed on the Esperance site. Enough to supply 17,000 inhabitants of a population of 21,000.

The drive to modernize is accompanied by a dynamic education policy, with an athletic program and a new middle school at Boucan. With playing fields throughout the commune, and renovated infrastructures such as the municipal stadium, sports center, and an improved water sports facility, Sainte-Rose has what it takes to please every type of sports enthusiast. There are many teams, including the USR soccer club—the area’s most active—as well as a cycling team, horse racing, mountain biking, tennis, traditional sailing (two-masted wooden dinghies), scuba diving, canoeing, and kayaking.

Managed by the Department of Youth, Sports and Community Life (DJSCA), the Louis Daniel Beauperthuy "Centre de Loisirs Scientifiques et Techniques” (“Center for Scientific and Technological Leisure Activities”) is named for the celebrated physician and researcher born in Sainte-Rose in 1808 who authored several works on yellow fever. Under the management of the Office Municipal du Temps Libre (“Municipal Leisure Office”), it hosts numerous events throughout the year that are open to the public, including scientific lectures, presentations, and exhibitions relating to new technologies.
Administered by Claudine Bajazet first woman mayor, Sainte-Rose is the birthplace of two famous writers—François Nicolas Vincent Campenon (born 1772) and Privat d’Anglemont (born 1815)—and home to accomplished Ka drum players Cristène Aigle, Henri Delos, and Antoine Sopta—Sainte-Rose is a proud promoter of its artistic and cultural traditions. A number of events take place here during the much-anticipated Carnaval season (“Kannaval Lima’ss”), during which various groups distinguish themselves with fabulous costumes and performances. The traditional Feast Day celebration (Local Heritage Festival) in August also features performances, night parades, games, concerts, processions, competitions, and other events in every section of the commune. Chemin Bleu tourist maps of Guadeloupe and city street maps are available at the Office of Tourism. - www.sainte-rose.org 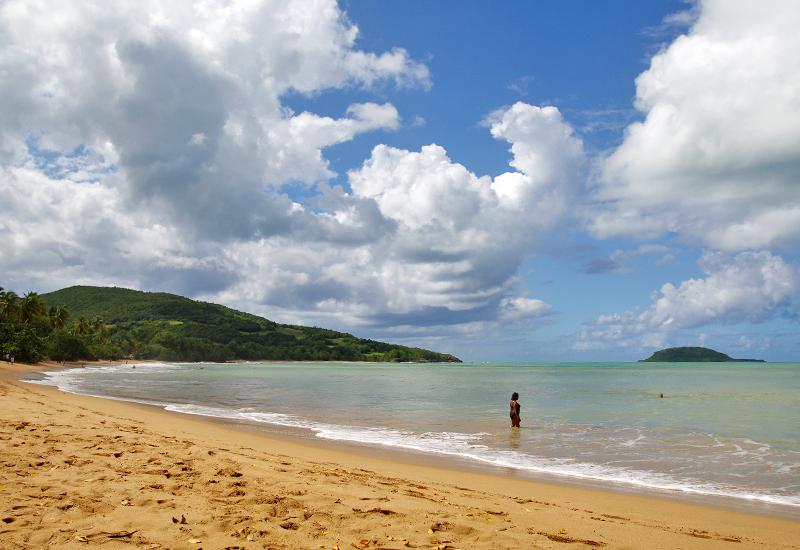 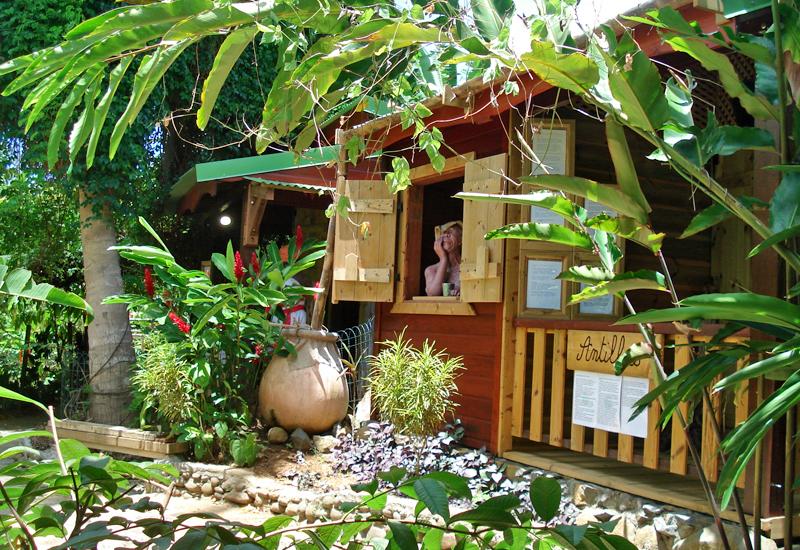 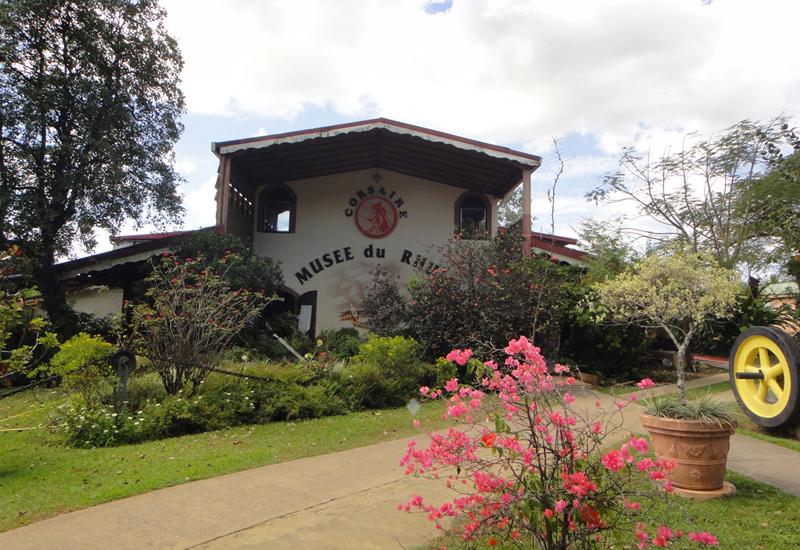 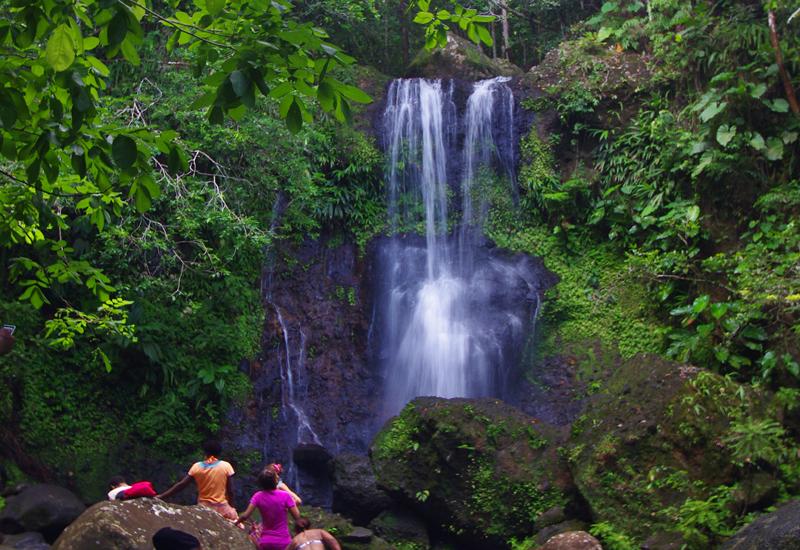