Inaugurated on June 30, 1932, this was the first building to be constructed in Pointe-à-Pitre by Ali Tur. The entire structure is made of reinforced concrete, chosen for its great resistance against the elements. The building itself surrounds a central, paved courtyard. On the second floor are the courtrooms, main court and lower court. A pair of staircases leads up to a gallery covered by a roof-terrace, the latter serving as a canopy. The concrete slats are a later addition. 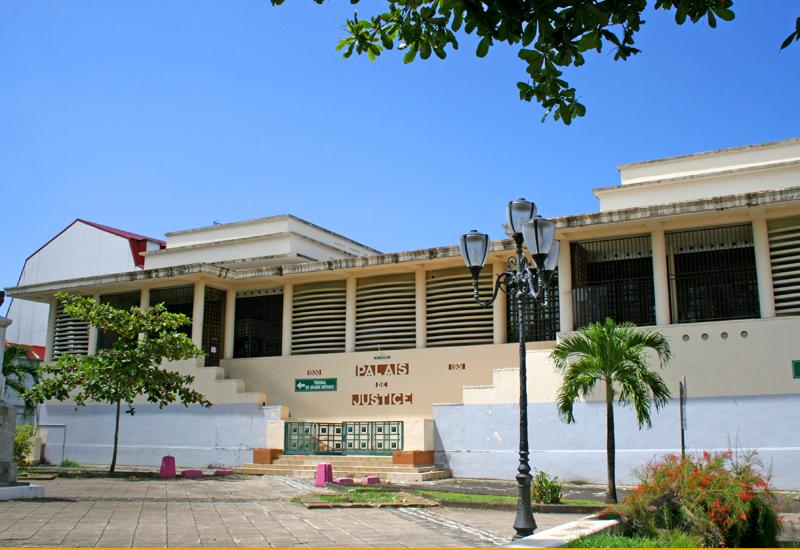 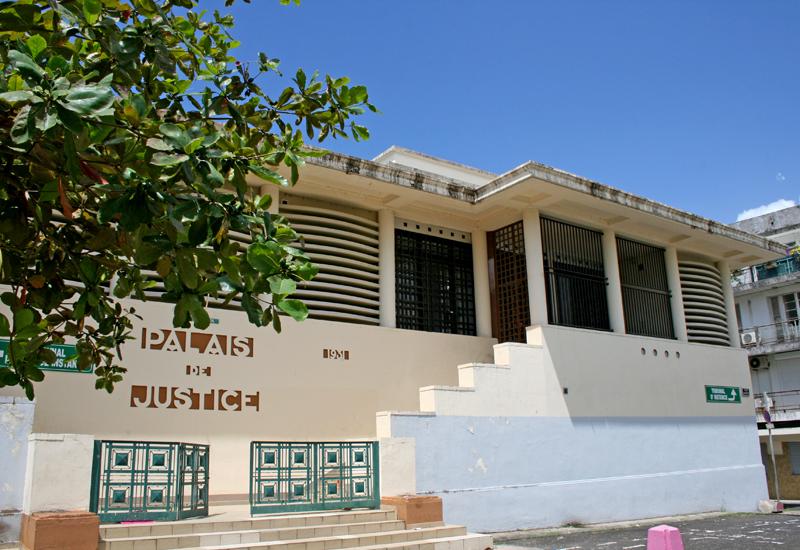 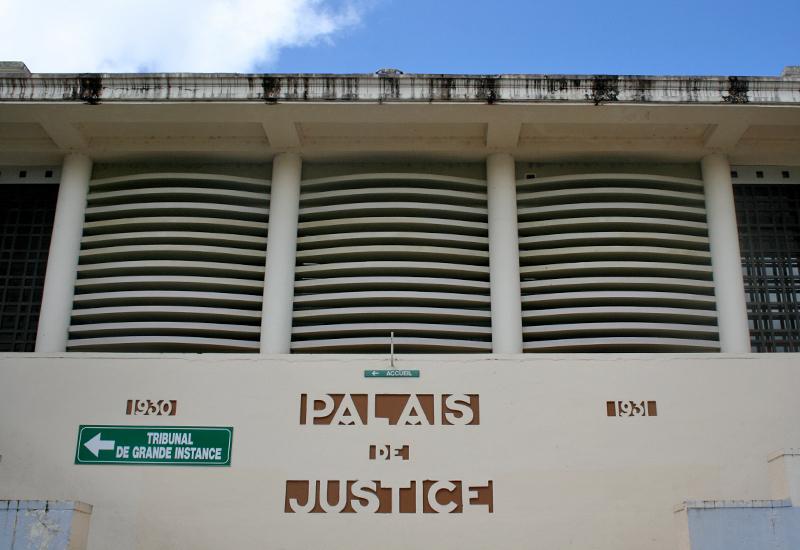 Former courthouse in Pointe-à-Pitre. Concrete louvers have been added