The Indian community on Guadeloupe numbers over 50,000 people and is concentrated mainly in Port-Louis, Saint-François, Le Moule and Capesterre-Belle-Eau. After the abolition of slavery in 1848, immigrants were brought in to compensate for the resulting labor shortage and a great many of them came from India. The Indian people are proud of their traditions and they brought many of their customs with them, thus preserving a sense of community spirit. It is now universally acknowledged that Indian culture forms an integral part of the Guadeloupian identity. Moreover, there has been an increasing interest in Hindu practices in recent years, especially among young people, with support from local organizations that are trying to preserve the religious traditions of their ancestors. The holy masts, shrines, chapels, flowers, rites and customs all attest to the emancipating presence and synthesis of Indian culture. The Indian religion of Guadeloupe is mainly characterized by the worship of Maliémin and Kali; outside of the home, it is practiced at special sites by means of worship, sacrifice, feasts and festivals. Each temple is dedicated to a particular divinity. There are chapels for the gods Maliémin (the most numerous), Kali and Maldévilin, masts for Nagoulou Mila, and a few temples dedicated to other divinities. Statuary also plays a key role: the statues may be imported from India or made by local artisans, who take their inspiration from the images of gods depicted on prints imported from India.
These statues demonstrate a great diversity, both in style and interpretation. Other sculptures are made by the temple priests, who design their places of worship by taking inspiration from Indian images, or even, as they themselves are wont to say, from their dreams. These creations are the hallmark of a new form of popular religious art on Guadeloupe. Like the temple of Gaschet, the shrines are mostly to be found near a water source (a stream, a lake or the sea), since many ceremonies involve the use of water. The temple area includes the temple building (the chapel or “Koylou”) and the adjoining land, which contains additional places of worship. The main building is reserved for the divine statues and for praying. Animal sacrifices, on the other hand, take place outside. It’s worth noting that, apart from the architectural layout, with its sober lines, its sculptures, pediments and paintings, the temple is more than just an ornament: it is a highly visible and remarkable affirmation of the Hindu identity and faith. The private temples on Guadeloupe also bear witness to an exuberant decorative style, both inside and out. As with the statues, such decoration is a varied mélange of styles originating in popular Indian imagery, including magazines and other sources of creative trends, trends that go a long way to integrating these sites into daily life. 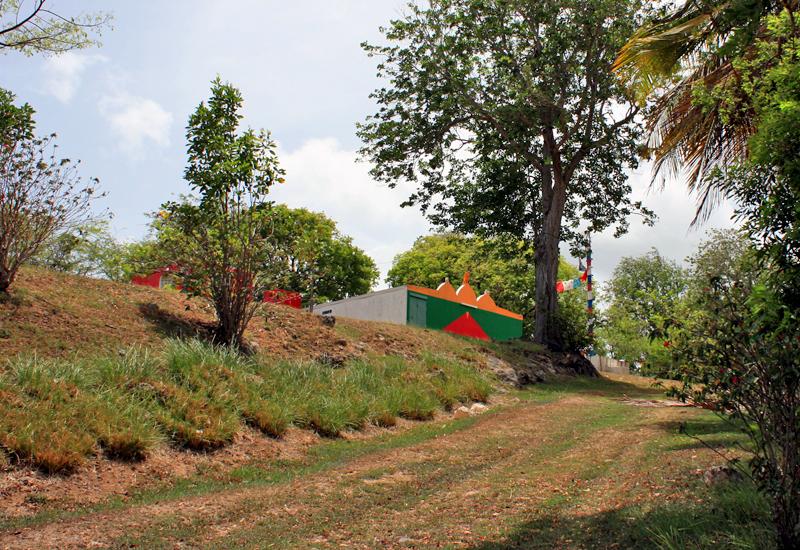 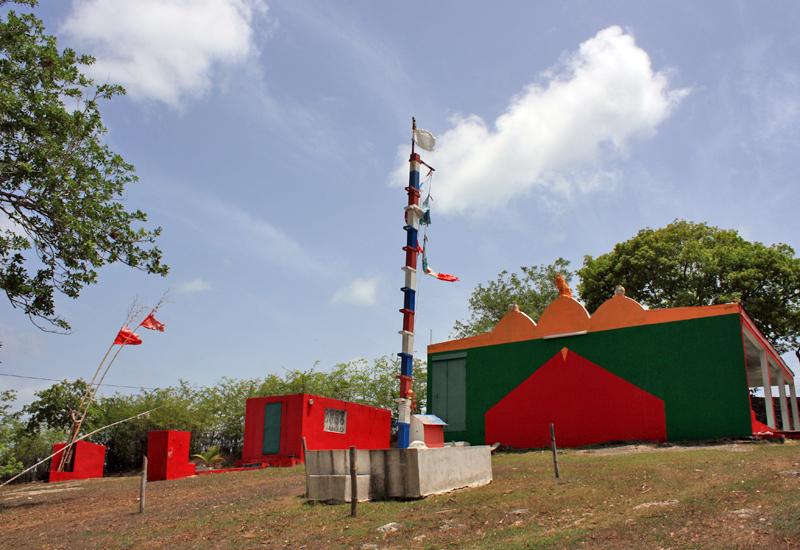 The chapel and flags blue, white, red of the mast representing Nagour Mira 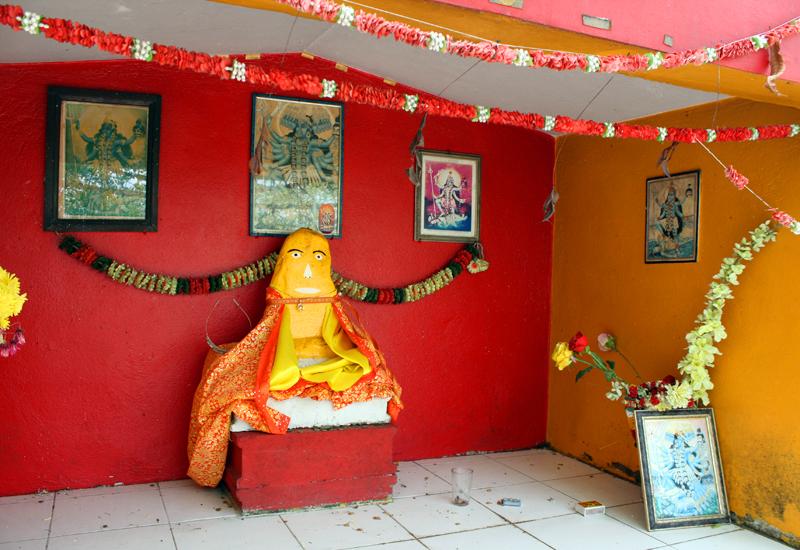 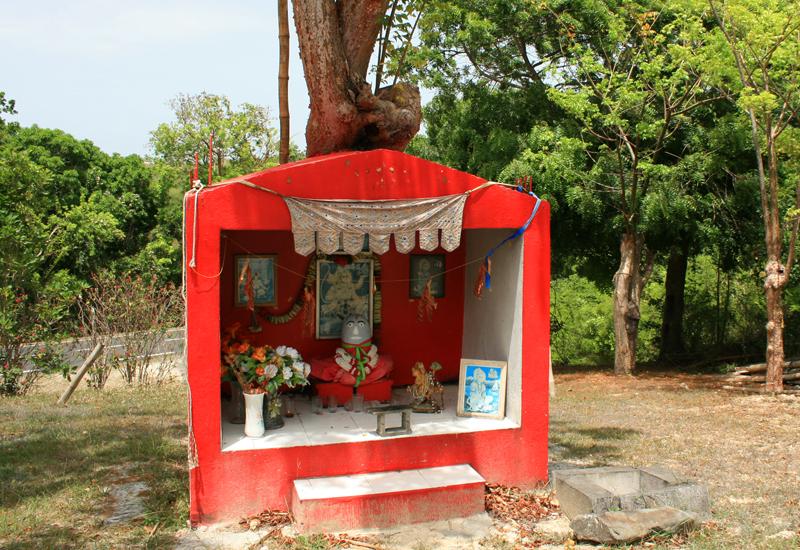