Easily accessible from the N6, which has long remained anonymous, the Paul Aubin mill, although very deteriorated, has recently benefited from an essential cleaning of its immediate environment. Like the majority of the windmills in Guadeloupe, this tower mill, in masonry, included an orientable roof which rotated thanks to the action of the “guivre“, arm allowing to expose the wings facing the wind. From the roof emerged a horizontal post, on which were fixed the asymmetrical wings which were provided with wooden shutters or covered with canvas. The rotation resulted in a system of gears and rolls located on a wooden frame at the base of the building. Even if the masonry can sometimes seem somewhat coarse, it nevertheless attests to the mastery of real know-how and this all the more so since the raw material used, namely tuff, also called limestone with ravets (roach limestone), was of average quality, even mediocre. The walls were covered with a lime-based coating which has very often disappeared. 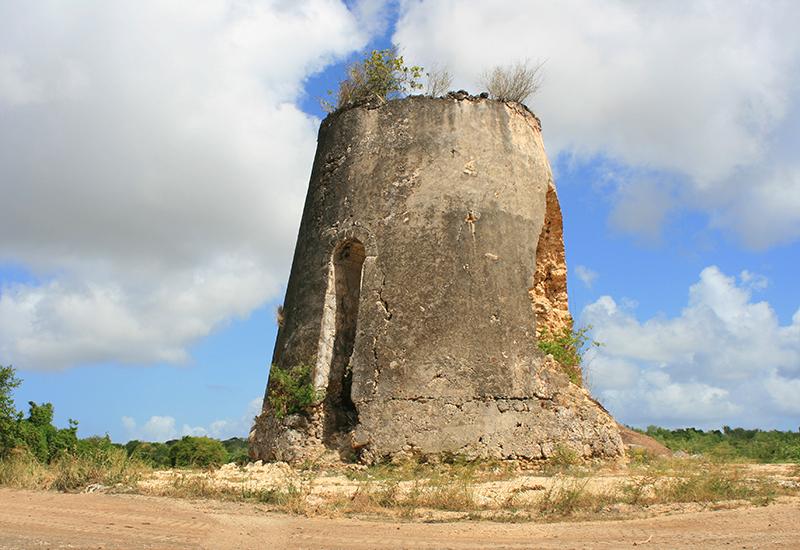 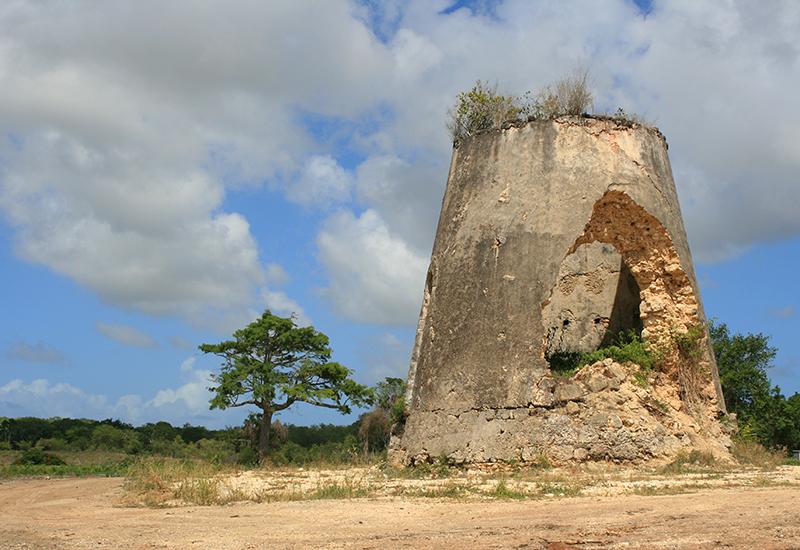 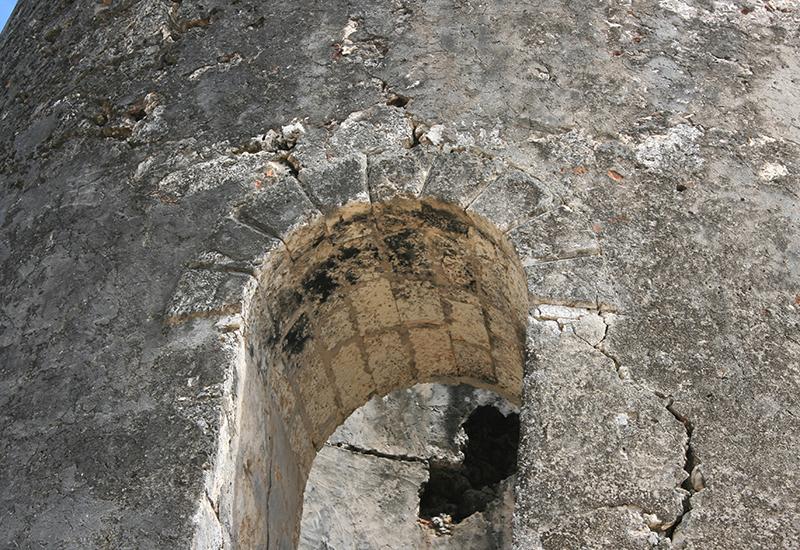