Now owned by the government, Bisdary Plantation, whose grounds encompass the entire hill, contains vestiges of five buildings located on a long terrace reinforced by supporting walls. The road leading into the planation and the remains of its aqueduct. Listed as a historical monument since 2007 and since 2015 in the municipality of Gourbeyre Habitation Bisdary was selected by the famous Stéphane Bern to be among the sites to enhance and restore in the project "Together Save Our Heritage". Initially among the holdings of Charles Houël, then sold by his son to Governor Auger in 1698, the property was acquired in 1704 by the Jesuits, who established a sugar plantation here. The history of Gourbeyre was shaped by the activity associated with the religious orders who owned the vast sugar plantations built on land granted to them by the colonial companies, religious orders such as the Frères de la Charité (“Brothers of Charity”), which owned the Saint Charles Plantation, and Notre-Dame-du-Mont-Carmel, owners of the Dolé sugar plantation. This vast estate encompassed approximately 250 hectares and was home to over 300 slaves. It became one of the largest sugar plantations in Guadeloupe. When the British attack of 1759 led to the destruction of the plantation’s buildings by fire, the property was put up for sale. However, the transaction was contested, and the ensuing legal battles took years, until 1823, during which time the estate was damaged by another fire and by hurricanes. In 1824, Jean-Baptiste Navailles took over the operation of the estate and activity resumed. The old main house, with a 19th century residential ground floor and garret, sits atop the hill. It has a full wrap-around gallery that communicates with a separate wing of more recent construction. Below the terrace, there are remnants of industrial buildings, slave cabins, and a coffee roastery—powered by a domestic channel that captured water from the ravine. 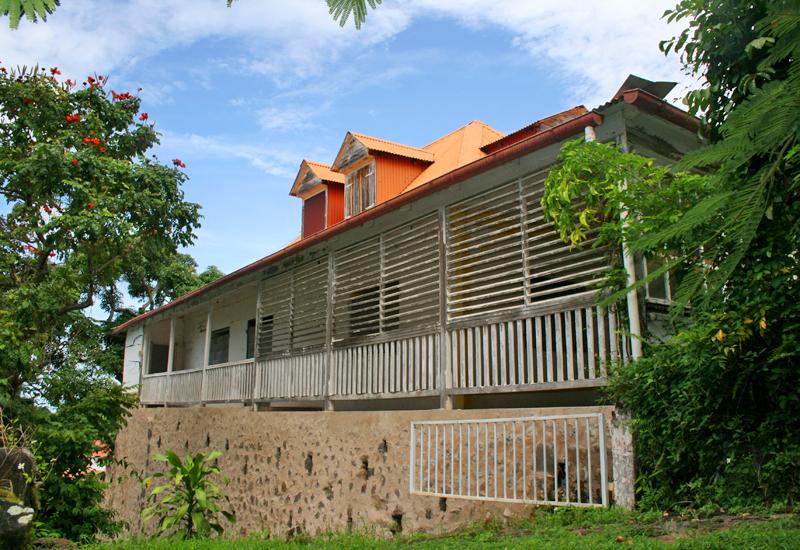 Habitation Bisdary - Gourbeyre. The old main house with its gallery 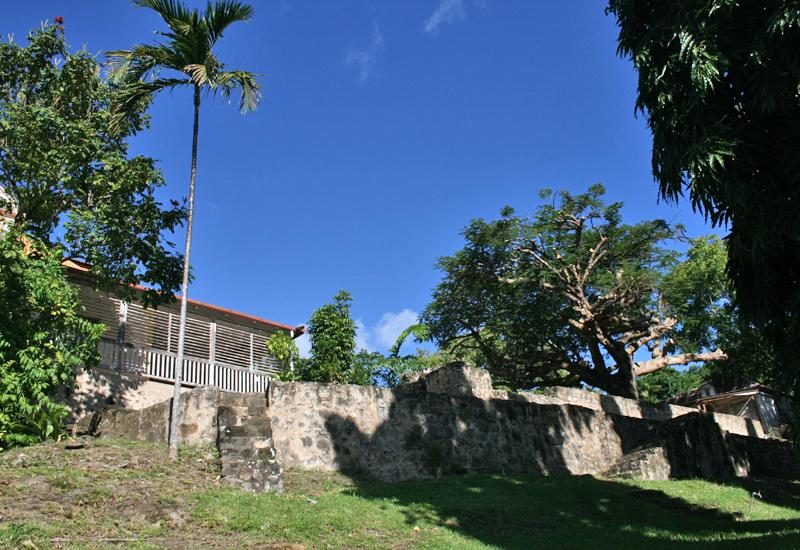 Below the terrace, vestiges of industrial buildings 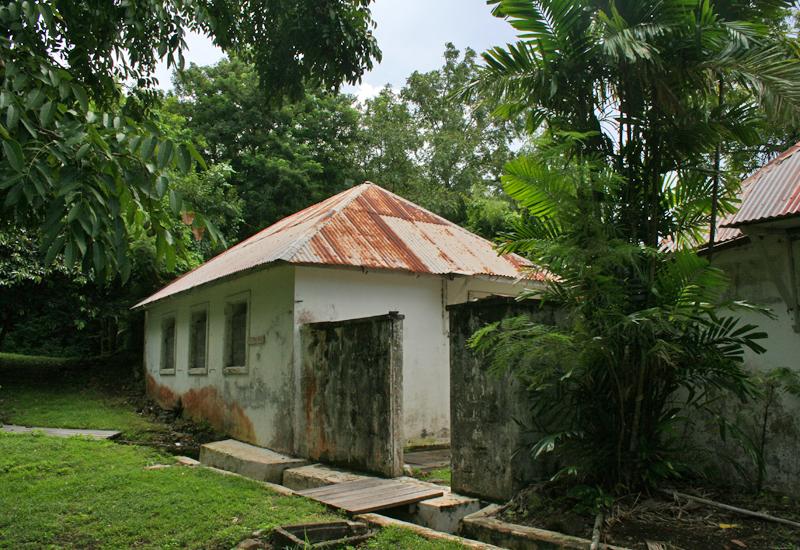 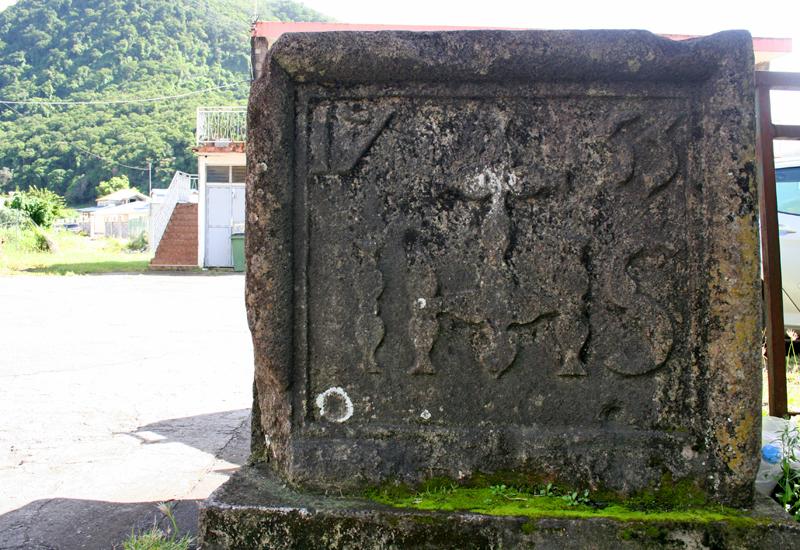 Bisdary dwelling. Further away, the crest of the Jesuits is engraved on a stone