The Law Courts building was constructed in 1931 and is one of the few secular buildings created by Ali Tur in Guadeloupe that possesses ground-level archways. It occupies the site of the former Town Hall. Historically speaking, the building reflects the town’s judicial status at that time since Port-Louis was, up until 1949, the district capital. All that remains of the courtroom are the original floor tiles on the second floor. The building was clearly designed for the local climate (wind, sun, and rain), from its orientation to its tall, narrow and shuttered windows. After housing the municipal police offices for a time, the building now lies unused. 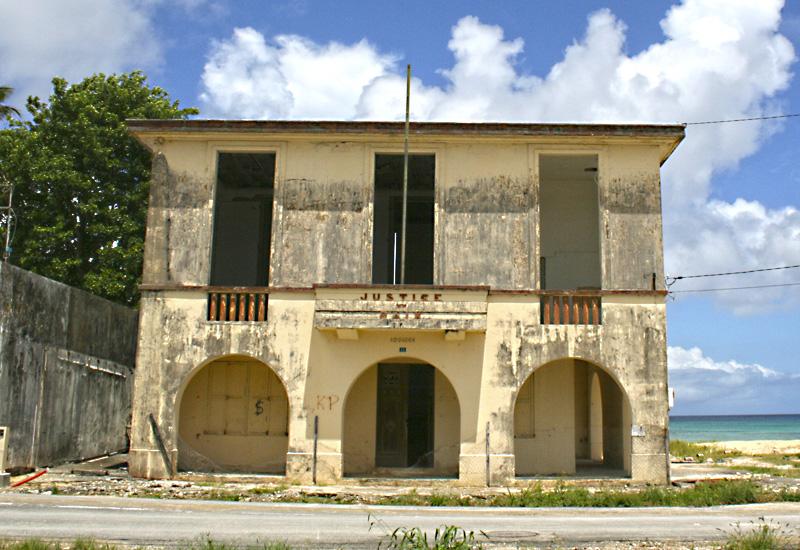 The former Courthouse on the edge of rue Achille René Boisneuf 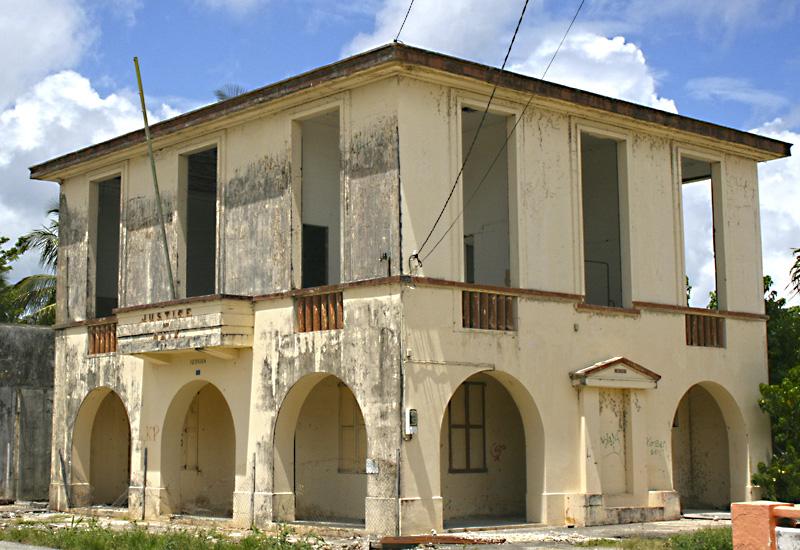 Waiting to be restored 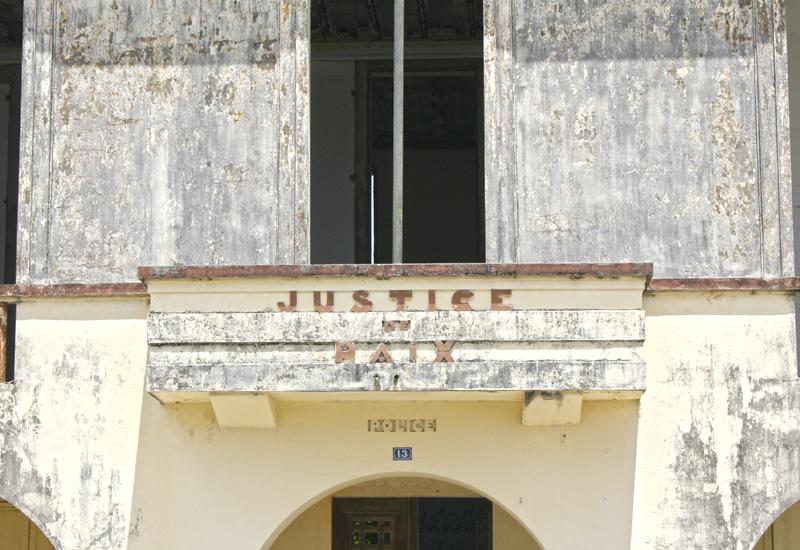 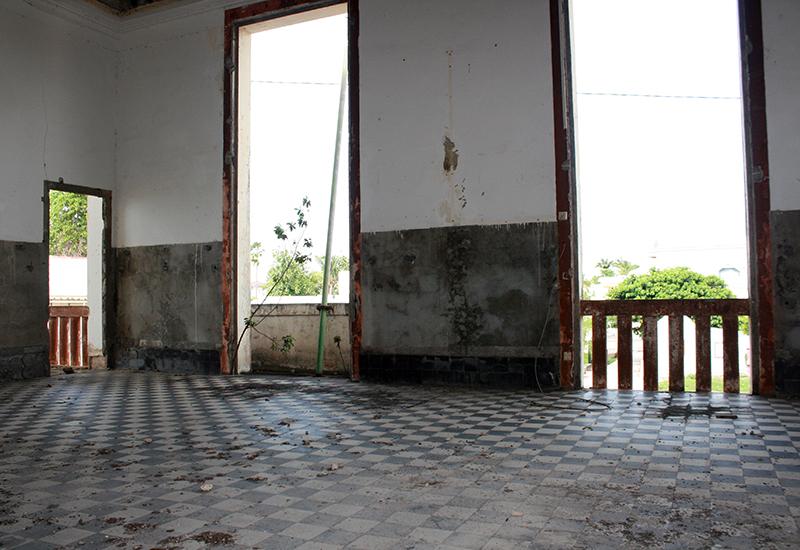