The mutual insurance building was constructed with the backing of the Co-operative Loans Fund shortly after WWII. Designed in a quasi-Art Deco style by colonial architect Gérard Michel Corbin, the building has hosted numerous political meetings and union gatherings. On the outside wall, a series of four illustrations portray the dignity of human effort and the esprit de corps shared by all workers. 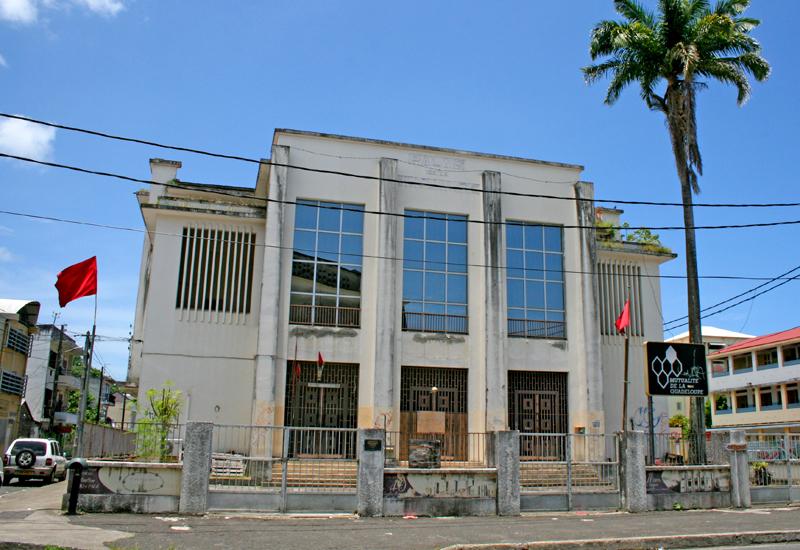 Palace of the Mutuality of Pointe-à-Pitre. Facade rue Paul Lacavé 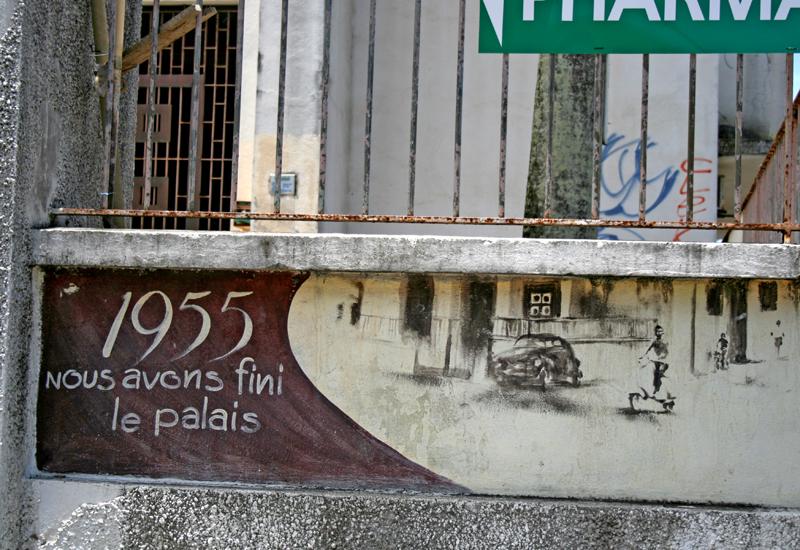 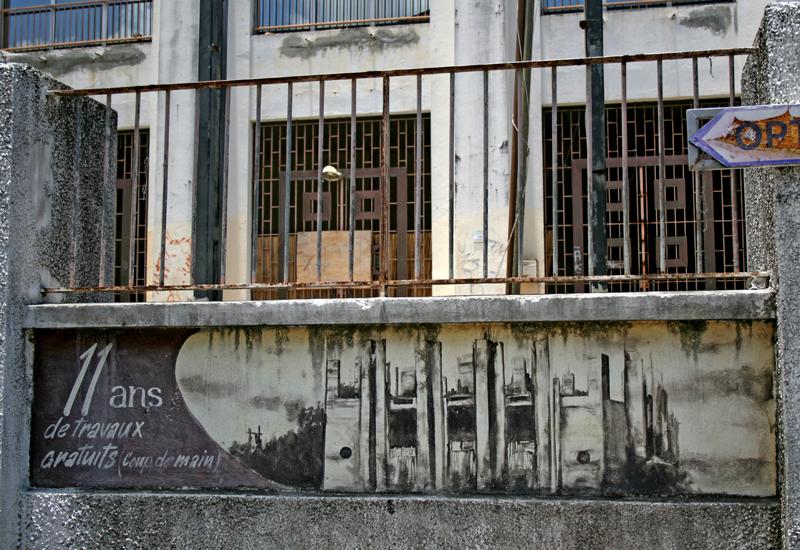 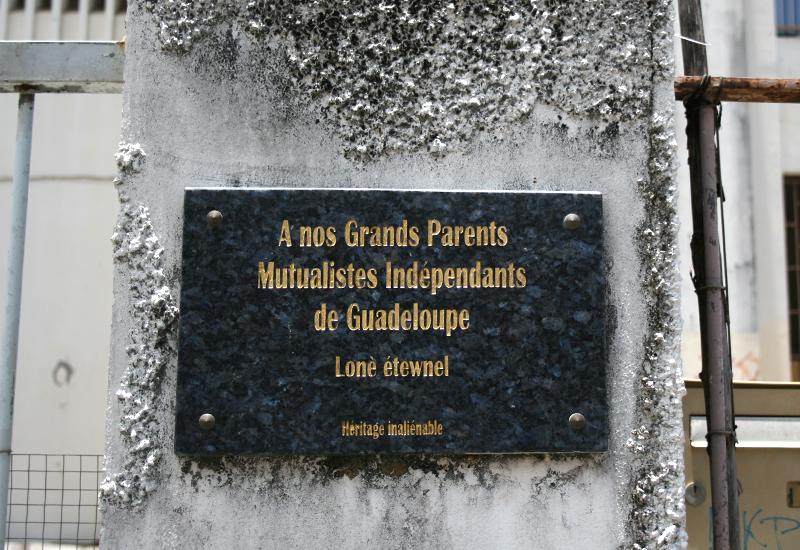 Pointe-à-Pitre. Preserving the muaning of the mutual system