The Mayoumbé sugar plantation was established in 1825 on the site of a former coffee plantation. The estate, which belonged to Madame Roussel Bonneterre, boasted a windmill, a sugar refinery with five boilers, a sugarcane stalk house, and 33 slave huts. The refinery closed at the beginning of the 20th century. The body of the mill, in the shape of a truncated cone, has three arched openings made of dressed stone. The main opening, which is appreciably larger than the others, was used to introduce the mechanism into the mill (shafts, lamps, scrapers, and, of course, the rollers and their chassis). There were also different bays, another opening, and the cane juice chute, which was placed on the ground and used to transport the cane juice to the refinery, thus indicating the direction of the refinery. 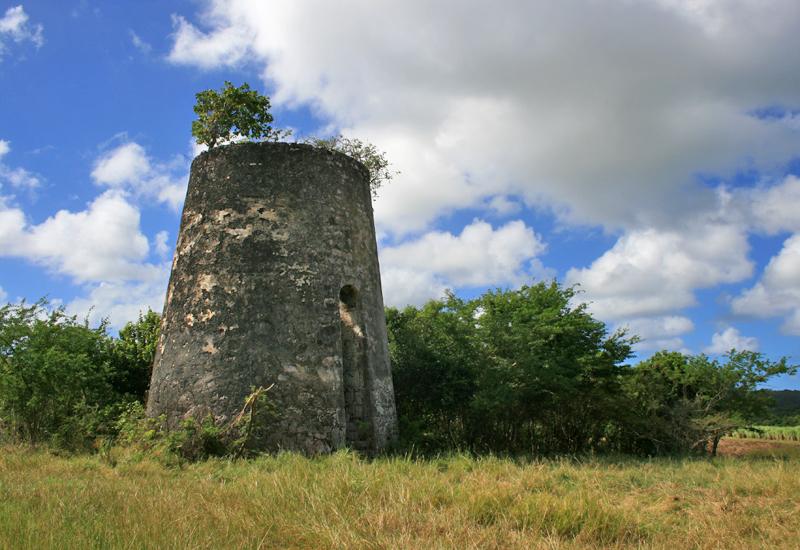 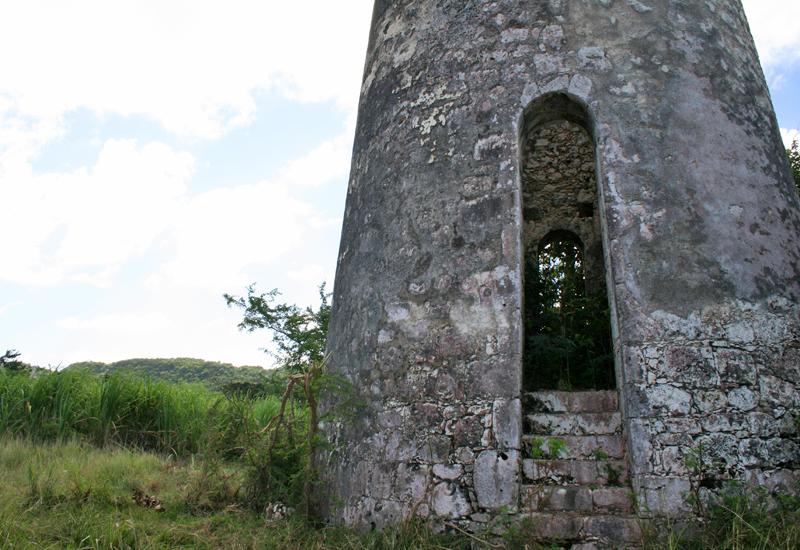 Saint-Louis, Mayoumbé mill, one of the three openings 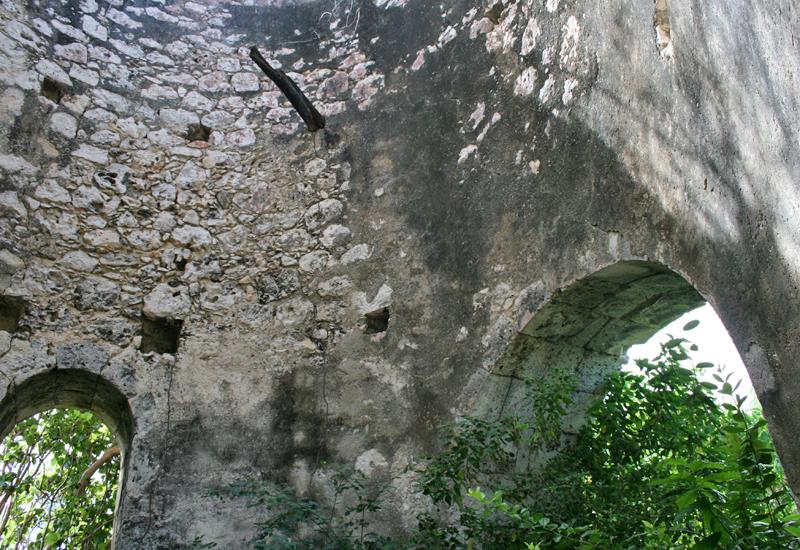 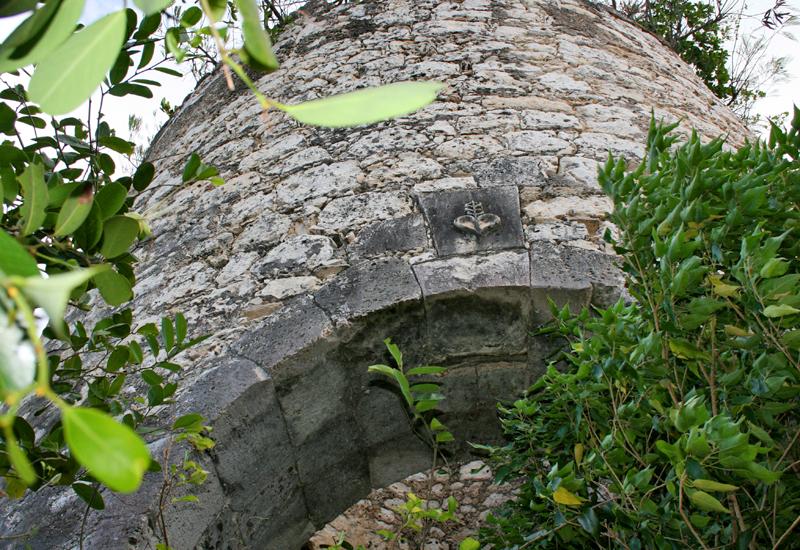 The cartridge belonging to the sugar house