This site is named for three bridges that span the Anse à la Barque (“Boat Cove”) River. The oldest of these, Pont Galbas, was built in the form of a stone arch in 1835 on the old road between Sainte-Anne and Pointe-à-Pitre. The two others were constructed later. One of them, the main bridge, is part of the National Highway. The other is located on Route de Dupré. Nearby, at the Galbas traffic circle, there is a blue and white chapel known as the Chapelle des Trois Ponts (“Chapel of the Three Bridges”). It commemorates the 1865 Year of Jubilee (following the end of the U.S. Civil War). The wall just below the chapel was decorated by Guadeloupe graffiti artist Al Pacman. Trois Ponts is also the location of the Sainte-Anne Office of Tourism. 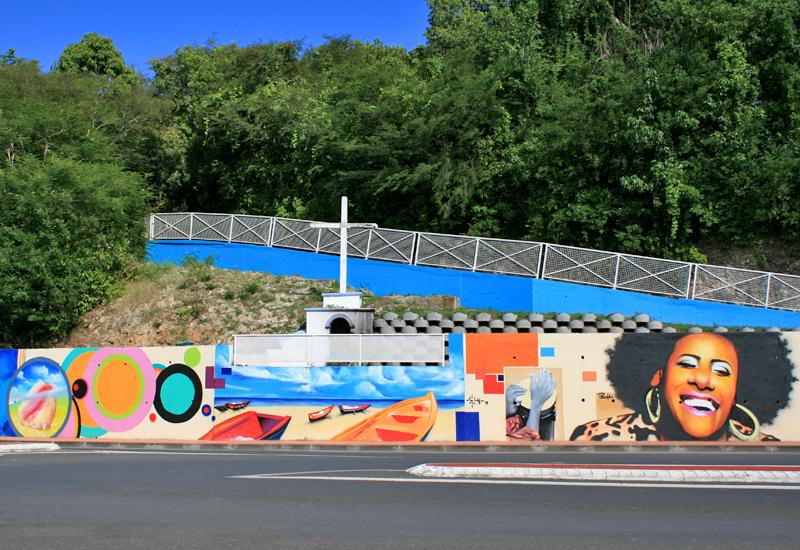 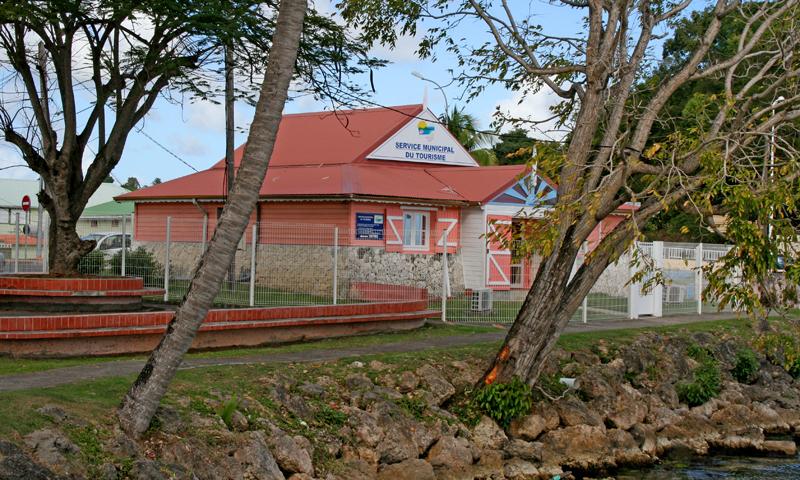 At the edge of the river, the Tourist Office, 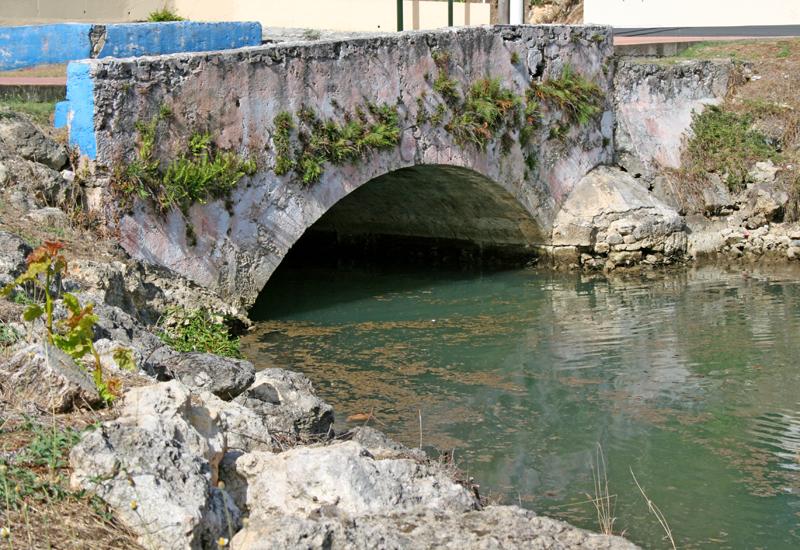 Site of “Les trois ponts“. The Galbas Bridge built in 1835 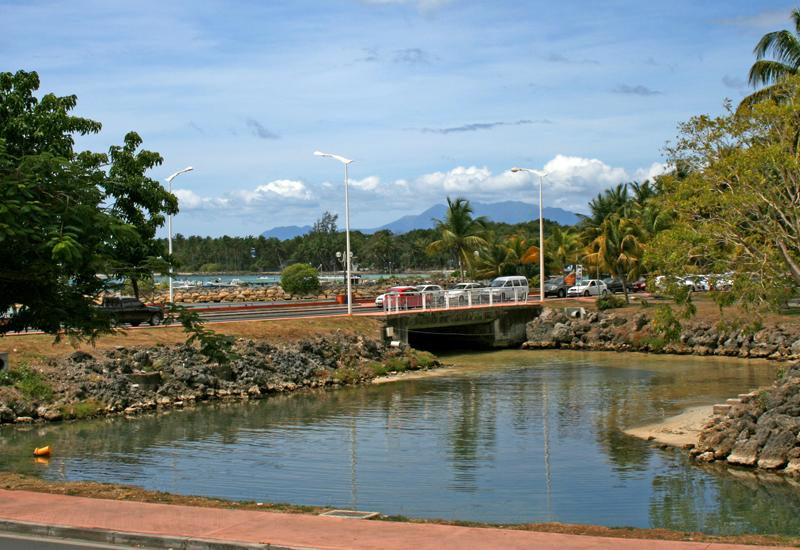 Sainte-Anne, the main bridge on the N4