Located between the town hall and the church and surrounded by a low wall, this space has been set aside as a place of reflection. A figurative statue stands atop a concrete pedestal mounted on a three-tier base. The statue is of a young woman with a serene expression and vigilant, protective bearing, representing the Motherland. Arms raised skyward in the shape of a V for Victory, she brandishes a shield and olive branch, signifying a nation triumphant. On the pedestal, a bas-relief bronze plaque depicts a woman wearing a scarf tied in the Guadeloupian style, eyes closed, bending over a young dying soldier. The sparse words, four dates, and absence of names invoke national, rather than individual, sacrifice, inviting passerby to reflect on the suffering endured by the people of Sainte-Anne during both World Wars. 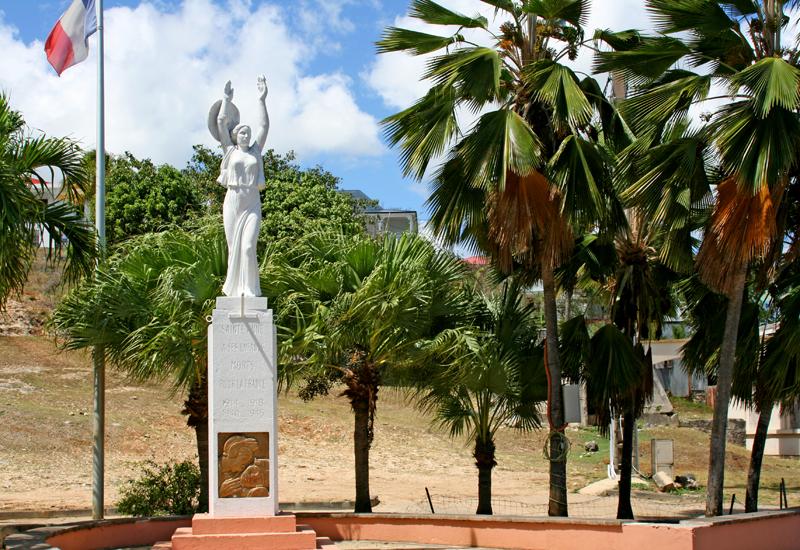 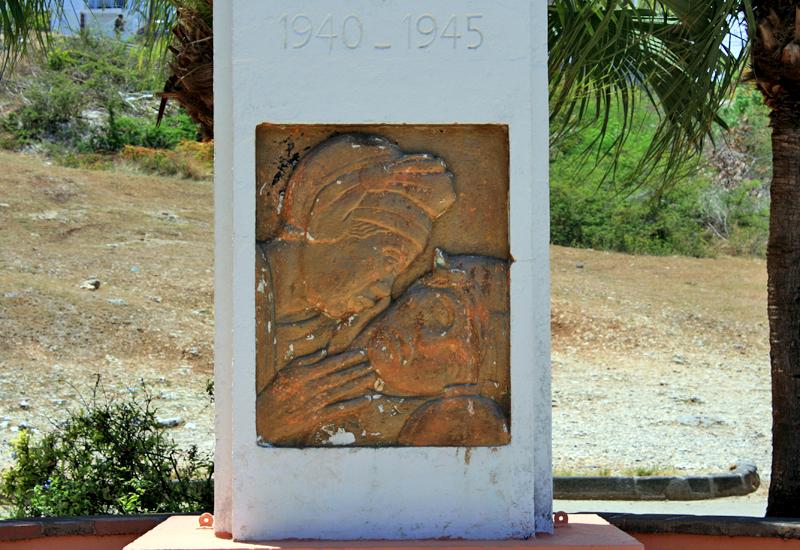 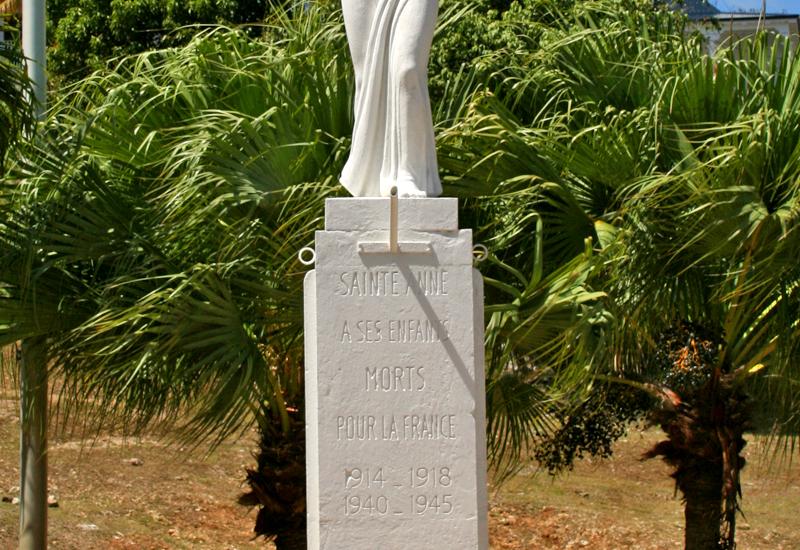 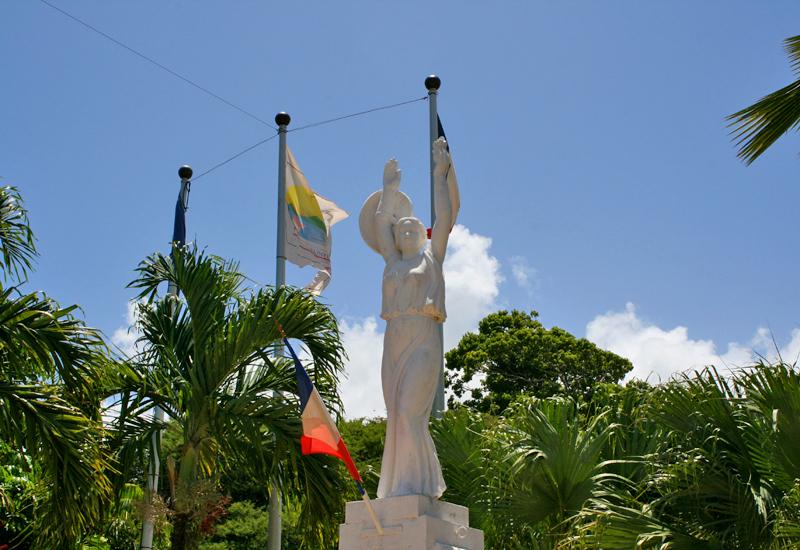