Church of St. John the Baptist

The first church building at this site was destroyed by the earthquake of 1843. The new church building, whose construction had begun earlier, was completed in about 1950. Classified as a historic monument, its neo-classical, sandstone and limestone façade is flanked by masonry laterals supporting four Ionic columns mounted by a triangular fronton and, on either side of the portal, two statue niches. With its two chapels, the building forms a Latin cross. The bell tower was designed by architect Ali Tur. Damaged by the cyclone of 1928 which devastated Guadeloupe, the building was in need of renovation. To improve its luminosity, the vault and nave were raised and openings made in 1935 at the initiative of the parish priest at the time, Father Durand. The church has handsome furnishings and an elegant décor. In the choir, four paintings recount the life of Saint John the Baptist. Stained glass windows depict the fourteen Stations of the Cross. 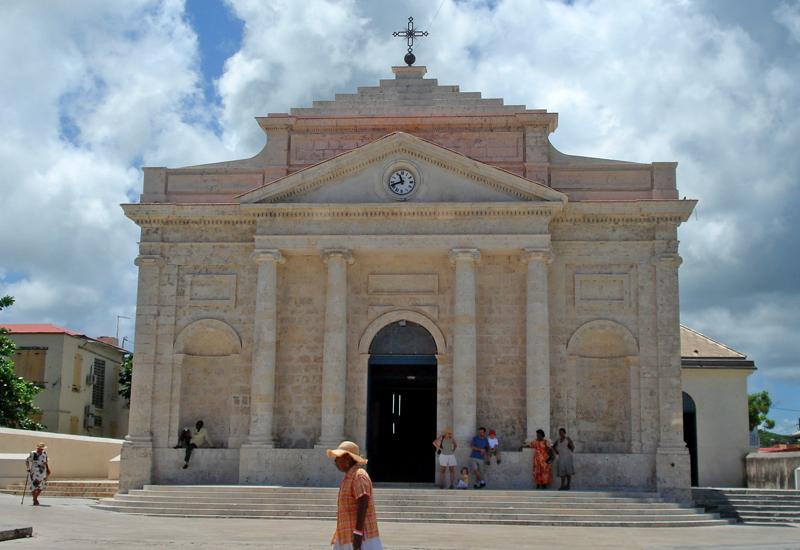 Church of St. John the Baptist - Town of Le Moule. Portal and facade 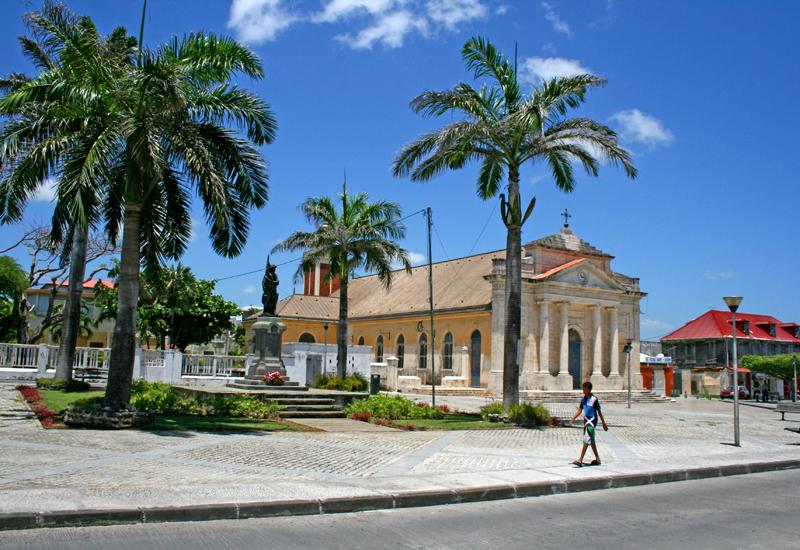 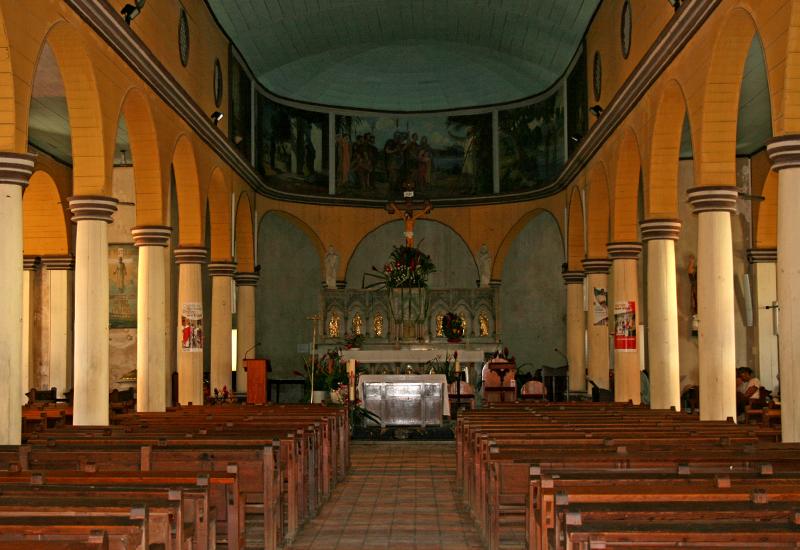 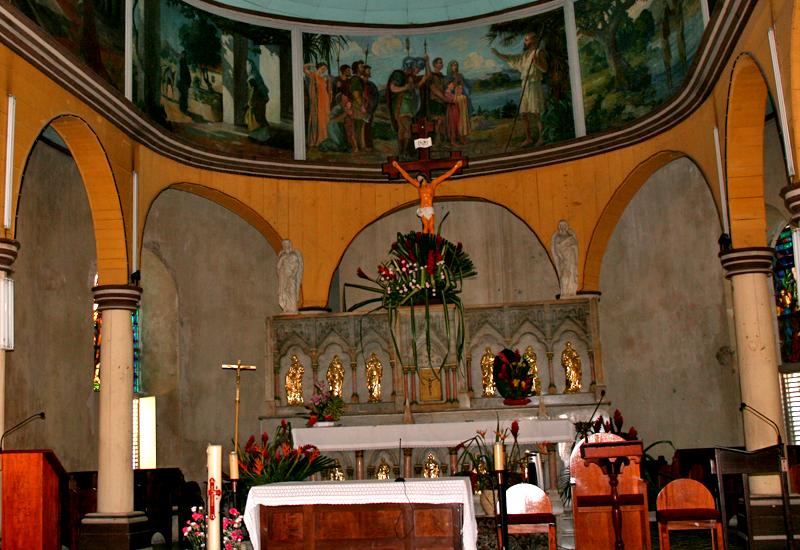