The church, with its imposing steeple, looks down on the town and port from the top of a hill, and is reached via a beautiful garden full of many different species of flowers. Inside, you can admire the statue of the Virgin Mary, or Notre-Dame de La Salette, as it is called by Catholic worshippers. The name is a reference to an apparition of the Virgin Mary, witnessed by two children on September 19, 1846 above the village of La Salette-Fallavaux near Corps in France. Notre-Dame de La Salette is also the name of the shrine that was erected at the site of the apparition. Adjoining the church is the cemetery; buried here is Félix Gama, born on the “Mon Repos” plantation in 1830, the son of a slave woman named Clairine. In 1900, Félix Gama became the town’s first black mayor. 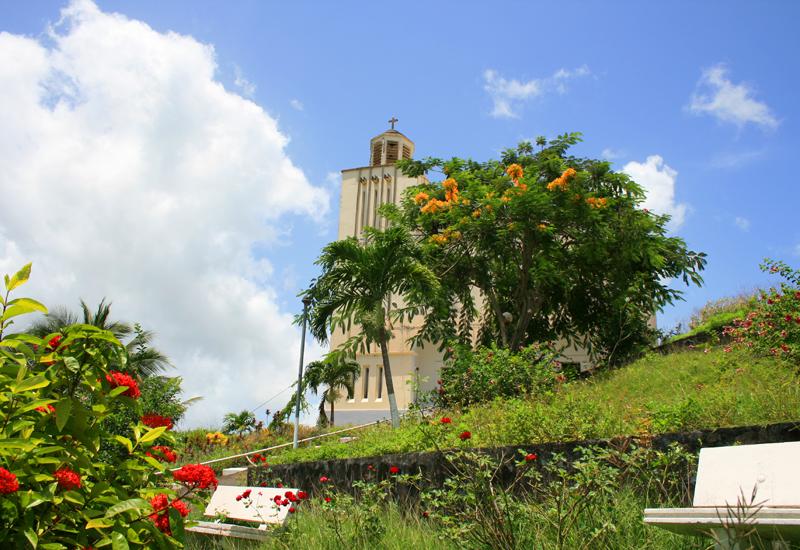 Built at the top of the mountain 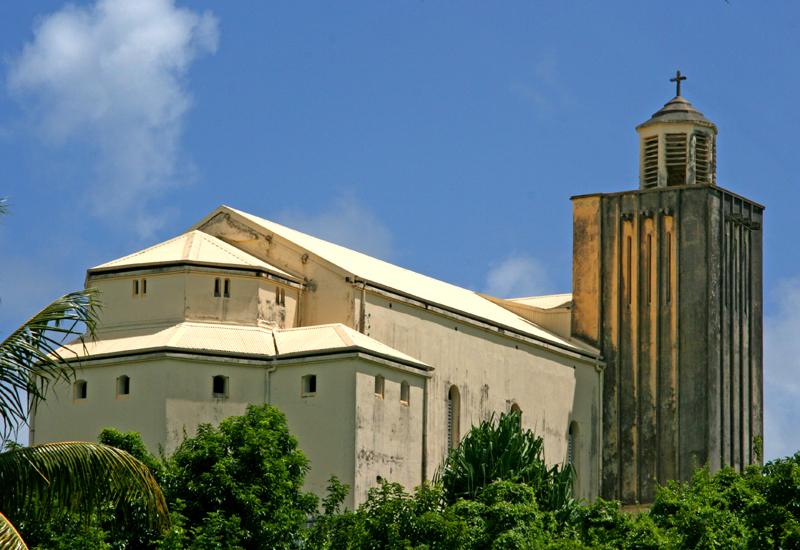 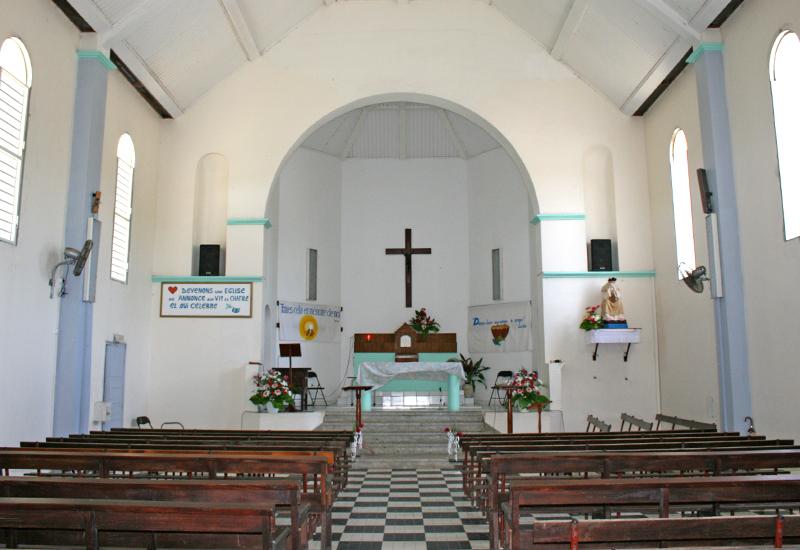 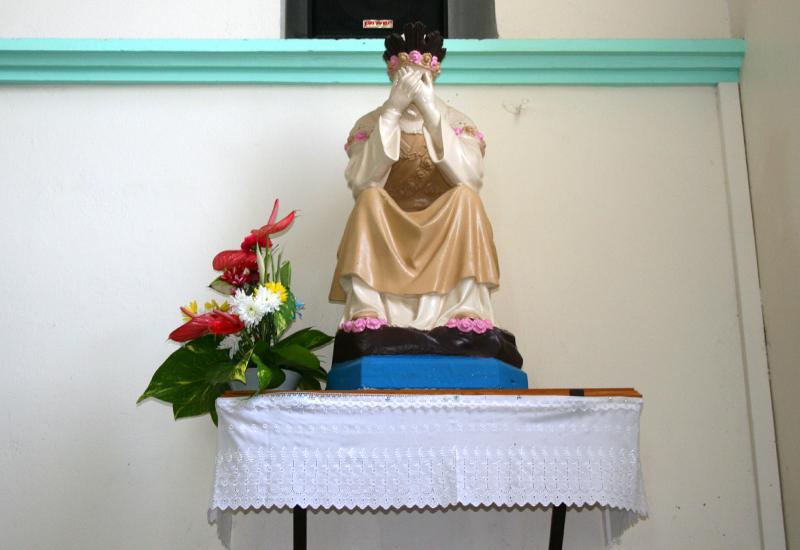 Guadeloupe - Notre-Dame de La Salette, in the city of Morne-a-l'Eau