Unveiled by the town’s mayor, Monsieur Dain, on November 11, 1925, the memorial in Place Clemenceau is in honor of the Guadeloupian soldiers mobilized during the Great War. The memorial owes its existence to the determined efforts of Abel Marius Sainte-Luce Banchelin, who created a committee of remembrance in 1916.
The monument, an allegory of a nation in tears, is an evocative white marble statue of a grieving woman mounted on a broad plinth: a traditional veil covers her head, and she is holding a wreath of flowers, the supreme symbol of homage and grieving. She is leaning over a soldier’s helmet that lies on top of some olive branches: the ultimate commemoration of the fallen, who are now dead and buried. Her expression is one of pain and resignation. There is no roll-call, and no town is mentioned, but on the plinth, a simple escutcheon is inscribed with the word “Karukera”, proclaiming the geographical origin of the fallen. 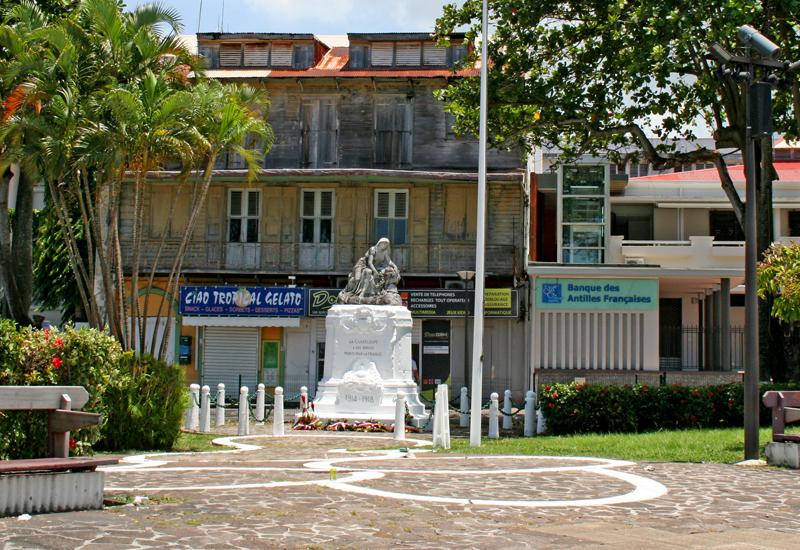 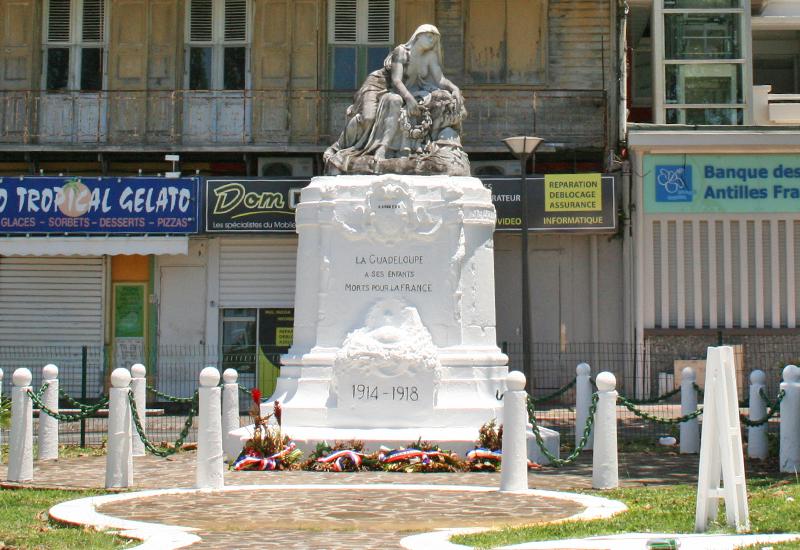 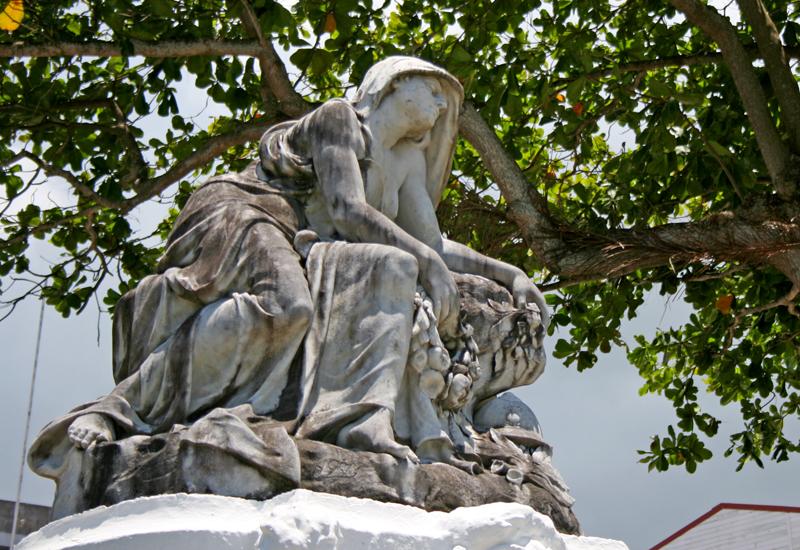 Monument to the dead - Pointe-à-Pitre: white marble, the tearful homeland 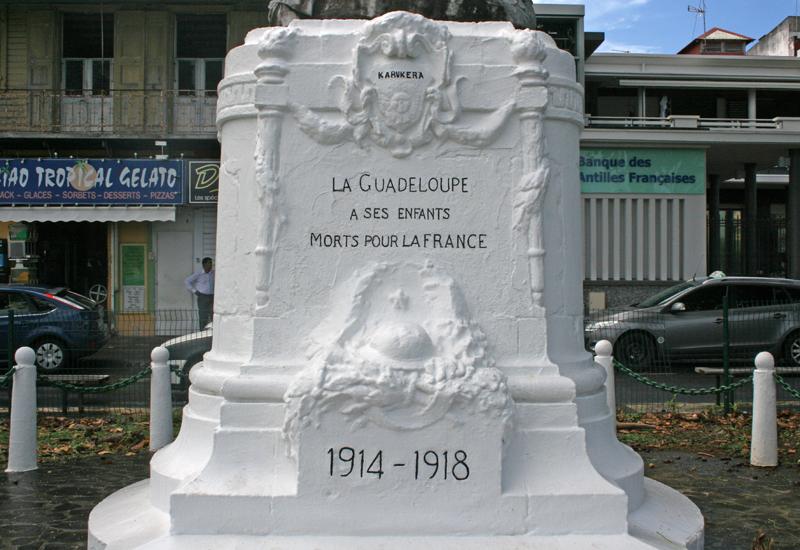 On the base: the military helmet, the torches, the Karukera badge