Pointe-à-Pitre cemetery was consecrated in 1807 on Morne Miquel (Miquel Hill). Its central lane is lined with a succession of tombs in the form of chapels of similar appearance and height, each with a vertical headstone. The chapels commemorate various middle-class families from the town. Further on are the much more modest ground tombs, often consisting of little more than a mound of sand bordered with queen-conch shells. There are several noteworthy structures, including the tomb of Jean Hégésippe Légitimus, politician, champion of black people, president of the Departmental Council in 1894, mayor of Pointe-à-Pitre in 1904, and member of parliament; the funeral monument of l'Herminier (1866), a highly regarded doctor and city councilor; the figure of Christ on the cross (an important place of worship); and the Painted Virgin, with a black serpent at her feet. 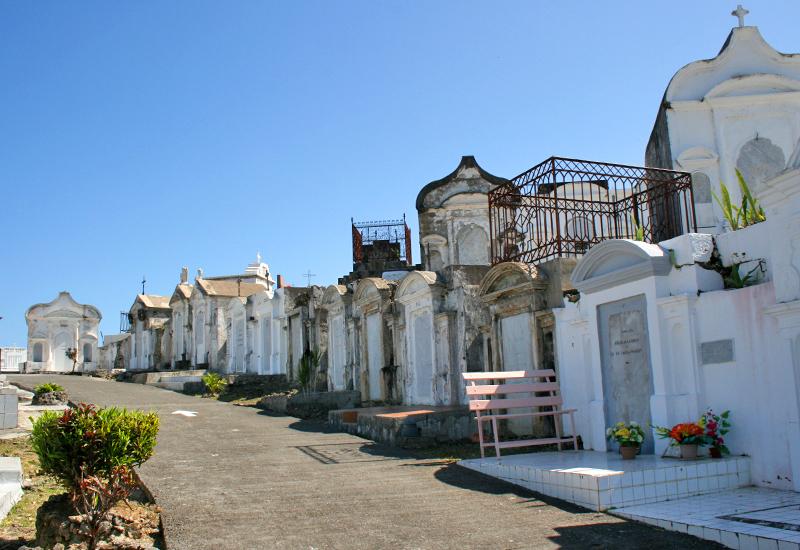 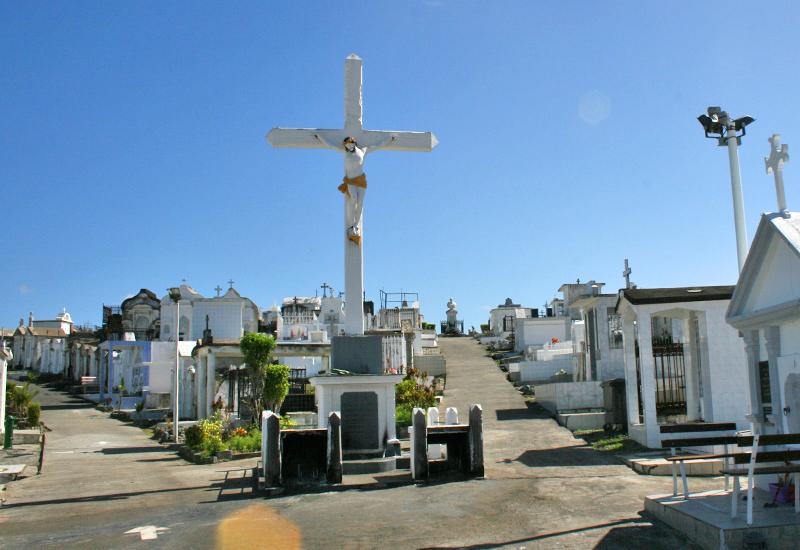 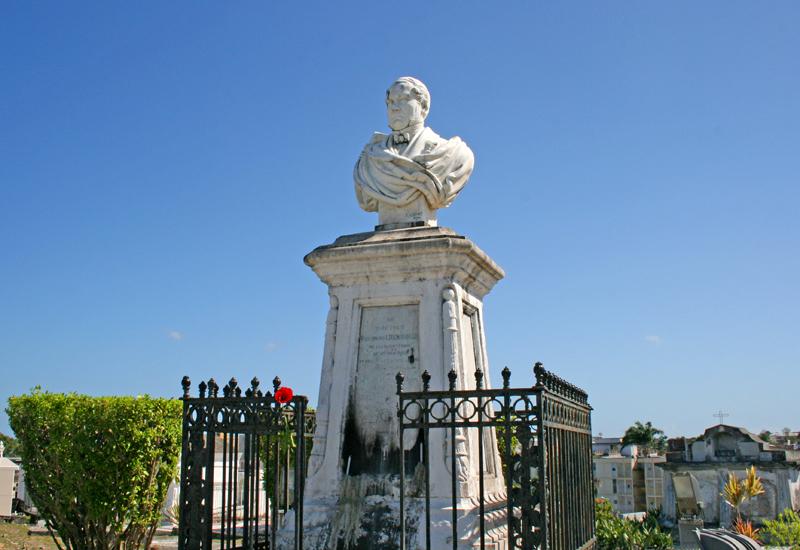 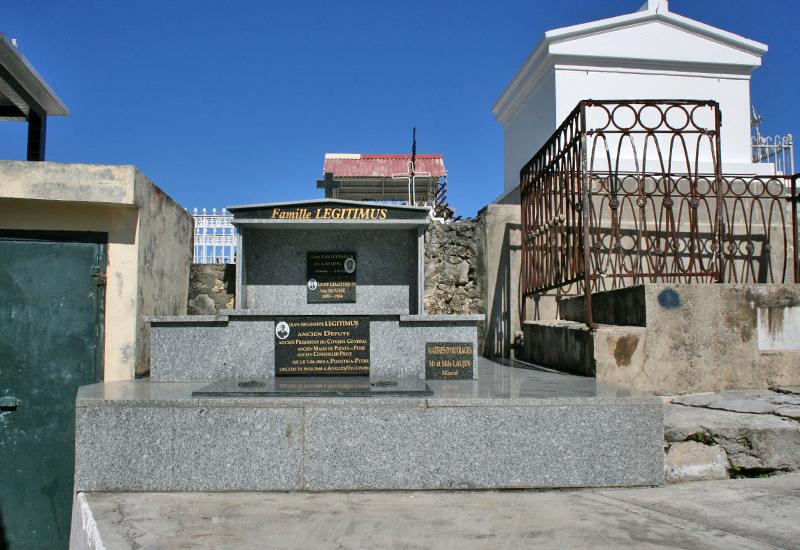