Bouillante: Nature’s treasures and the warmth of a people

It was in 1750 that the region officially adopted the rather apt name of Bouillante (“Boiling”), owing to the large concentration of thermal springs in the area. The town, originally based in Pigeon, was settled in around 1638. This was just three years after the first settlers came ashore at Pointe Allègre, and as such, is one of the first French settlements on the islands. When it was founded in the 17th century, its original name was “Ilets aux Goyaves” (Guava Isles) for the Pigeon Isles were covered with guava trees. However, the village was destroyed during the war against the British, which started in 1691 and continued for several years. A number of buildings bear witness to the town’s history, such as the church of Saint-Louis, which was destroyed several times while the current edifice was rebuilt by the community following the hurricane of 1825; the old Town Hall, which is a good example of 19th century mansion style; the old jail, with its military architecture; and the column commemorating the French Revolution, topped with a bust of Marianne, erected in 1889.
Standing slightly apart from the main urban centers, the area benefitted early on from significant farming activity: many plantations were established, including vanilla, cocoa, achiote and coffee on the higher ground, and cotton further south. Sugar cane was also grown in the north, following the arrival of a group of rich Dutchmen from Brazil, and in spite of the fact that the landscape was not ideally suited to this type of extensive agriculture.
For evidence of the prosperity that farming brought to the area, look no further than the various town sites, mainly the  Massieux and Huy plantation buildings, the Muscade coffee plantation in Descoudes, the l’Ermitage plantation in Thomas, and finally, the Lise plantation in Pigeon, which was originally a sugar factory in the 17th century before moving into coffee growing a century later. These places are all redolent with history, for not only are they a testament to the intense farming activity that once flourished here, but they are also of great architectural interest owing to their style and building materials
Throughout the 19th century, these crops suffered a slow decline. By the end of World War II, competition from Brazil and Colombia, not to mention soaring labor costs, meant that the plantations were no longer viable concerns.
Starting in 1984, the town began turning to other commercial activities: tourism grew steadily, eventually becoming the main source of revenue. A number of public works were undertaken to upgrade communication links, improve the tourist infrastructure, and develop various historic sites. This municipal initiative in turn encouraged the creation of various local business projects, each aiming to exploit the area’s natural resources (diving, big-game fishing, glass-bottom boats, vacation rentals, various service providers). The result is that Bouillante is now an internationally renowned tourist destination.
Nevertheless, fishing and farming remain important here, and traditional crops are making a comeback. Bouillante is also benefiting from a National Park initiative: this initiative, which is part of a sustainable development program, aims to encourage the re-introduction of activities such as woodcrafts, the growing of coffee, cocoa, and spices, and there are also plans to develop its architectural heritage and do more research into local marine life. It is hoped that all of these efforts will play their part in boosting the local economy.
Another vital part of the area’s economy is the geothermal plant.  It is the only operational geothermal site either in France or the Antilles, and has been operating since the 1970s. Moreover, it has provided energy for the Côte Sous-le-Vent region since 1995. Further potential projects are currently being studied in consultation with the local population, who are well aware of the industry’s technical and environmental constraints. One such project is “Bouillante 3”, which is studying the possibility of meeting the electricity needs of the whole of Guadeloupe, and perhaps even further afield, by extending the geothermal reservoir. Another project, “Géothermie Caraïbes”, hopes to supply energy to several neighboring islands.
However, if this dynamic growth is to benefit the local population (currently 7,545), a major program of renovation and upgrading needs to be undertaken, involving public buildings, schools, administrative services, etc., and it will need to be sensibly coordinated throughout the area.
Getting back to “energy” in Bouillante, there’s plenty to be found in the local stadiums, where young and not-so-young enthusiasts practice their favorite sports – stadiums that once saw the likes of former French 100 m. champion Sandra Citté;  Gilles Echevin, European champion several times and semi-finalist at the Montréal Olympic Games in 1976; and Evelyne Elien, who was 4 x 400 m. European champion in Helsinki in 1994 and who also took part in the Olympic Games in Seoul and Atlanta. On the cultural front, “tourist evenings” are held in January and February. In July and August, the patron saint festival takes place, and a number of events and activities celebrating the sea and its marine life are organized. The Crafts and Trade Fair, which gets more popular every year, is a concrete example of the Bouillante people’s enthusiasm for doing business. Creole culture remains ever present, and the rhythms of “Gwo Ka” animate the local fêtes alongside a variety of Caribbean musical styles played by amateur groups.

The district of Bouillante lies at the heart of Côte Sous-le-Vent, and extends for 43.46 sq. km. along the Caribbean coast. It is bounded on the north by the Colas River, on the south by Ravine Renoir and l’Anse à la Barque, and in the east by mountain ridges. It is known throughout the world for its superb marine life, as well as the Cousteau Nature Reserve. However, such a well-deserved reputation should not allow us to forget a number of other natural sites, including fine sandy beaches, rivers, pathways, waterfalls in the middle of the tropical forest, and thermal springs, all of which are accessible to the general public – not to mention the Zoological and Botanical Park of Mamelles, one of Guadeloupe’s most visited sites, plus a rich heritage of former plantations, restored buildings and craft workshops. It’s clear that Bouillante offers visitors many opportunities for enjoyable and memorable experiences.
Traveling from north to south is a great way of experiencing some of the magnificent views this region has to offer. Before you reach Parc des Mamelles, don’t forget to stop and take in the beautiful panoramic view from Morne à Louis. Once you reach the coast, there’s a whole series of charming creeks to discover, from l’Anse à Galets to the welcoming Anse à la Barque. Rock formations, black sands, warm water springs, little marinas with sailing and fishing vessels: these are just some of the features you’ll encounter on this enchanting excursion. If you follow the path to Petit Malendure (leaving from l'Anse Colas), you’ll find yourself in the dry coastal forest, where you can enjoy sea views as far as the eye can see.
An unmissable spot in the northern part of this area is Malendure Beach, which is also a great favorite with divers, thanks to the famous Pigeon Isles close by. The marine life and fauna here are incredibly diverse, and you can also observe numerous magnificent species of coral and fish. It’s a breathtaking spectacle, even for the most jaded eyes! Also, should you want to try your hand at diving or canyoneering, qualified local instructors are on hand to accompany people of all ages and fitness levels.
Up in the hills, Pigeon boasts a number of vacation rentals with stunning views. Nearby is the former chapel (now restored), where you can see the remains of the presbytery and dungeon.
From the coastal road, before you enter town, you get an exceptionally fine view of the  famous heart-shaped bay known as “Cœur de Bouillante“, which is formed by the twin coves of Marsolle and Bouillante in the Caribbean Sea. Bouillante Bay itself is punctuated with small volcanic structures such as the hills of Machette and Lézard, which are a mere million years old. The coastal path runs along the edge of the sea before crossing a forest with many different species of tree. There are several fine panoramic views to be enjoyed as far as Pointe à Sel, notable for its pebble beach and fishermen’s huts. Sitting as it does on the side of a volcano, Bouillante is scattered with natural thermal springs, some of which are situated at the sea’s edge – for example at l’Anse à Sable (Bain du Curé), next to the cemetery, along rue Vannier; further south, the hot springs in Thomas, and even in the sea around the Pigeon Isles. Several notable buildings are worth admiring in the town itself, including the old Town Hall, the church, and the old jail, not to mention the memorials erected in honor of those who fought for freedom.
The N2 continues on towards Duché and its picturesque fishing village, and then out to the beach at Petite-Anse. In the far south is l'Anse à la Barque, with the only natural harbor in the region of Côte Sous-le-Vent, and its twin lighthouses guarding the sea. A strategically important area, it serves both as an anchorage and an all-weather refuge for ships.
Should you choose to venture inland, you’re sure to find some spectacular locations in a terrain crisscrossed by numerous ravines and watercourses. Up in the hills of Pigeon, on the D15 near the Domaine de la Lise, you can climb as far as Malher Wood and the banks of the Lostau River. South of town, you can explore the Massieux buildings and the Muscade coffee plantation in the vicinity of Descoudes. The road to Thomas climbs up towards the mountain, where eventually, after leaving the last houses well behind, you’ll find the elegant l’Ermitage plantation, surrounded by vegetation.
If you leave the national highway and take the D14 as far as Village, you will end up in the highest part of Bouillante, with its Arabica coffee plantations. Here you can also find the remains of the old plantation of Huy, currently undergoing restoration. Starting from the spot known as “Gros-figuier Village”, follow the mountain ridges (or “Crêtes”) that link Bouillante with Petit-Bourg; this will certainly give the braver souls among you an opportunity to enjoy some serious mountain walking, while also taking in the magnificent views. 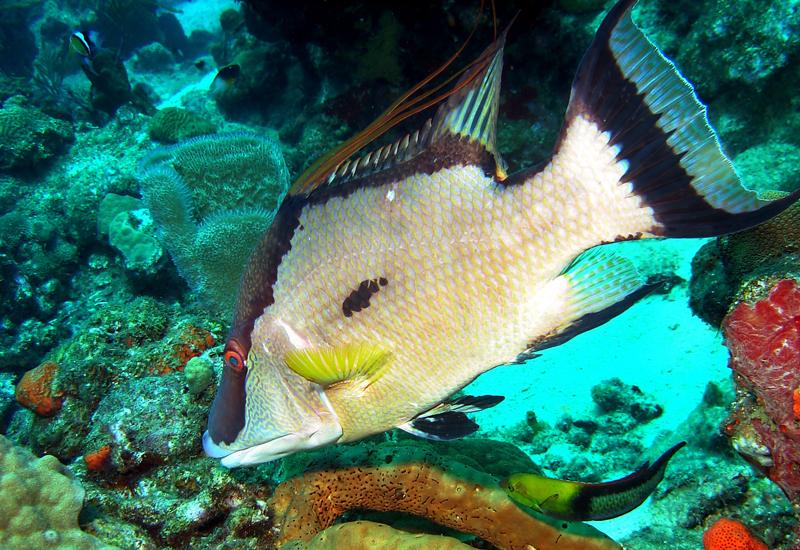 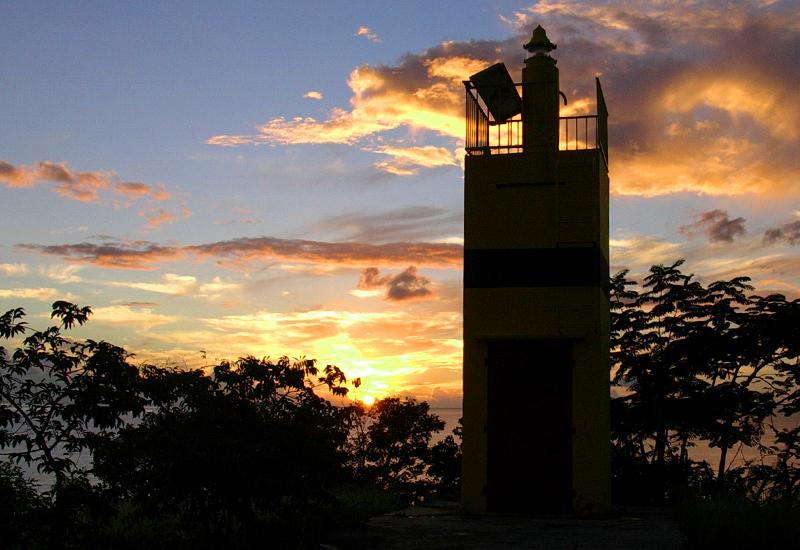 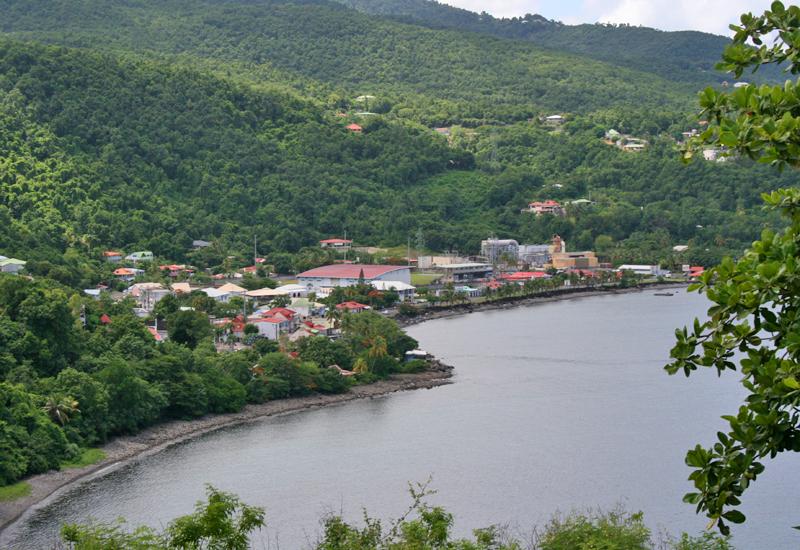 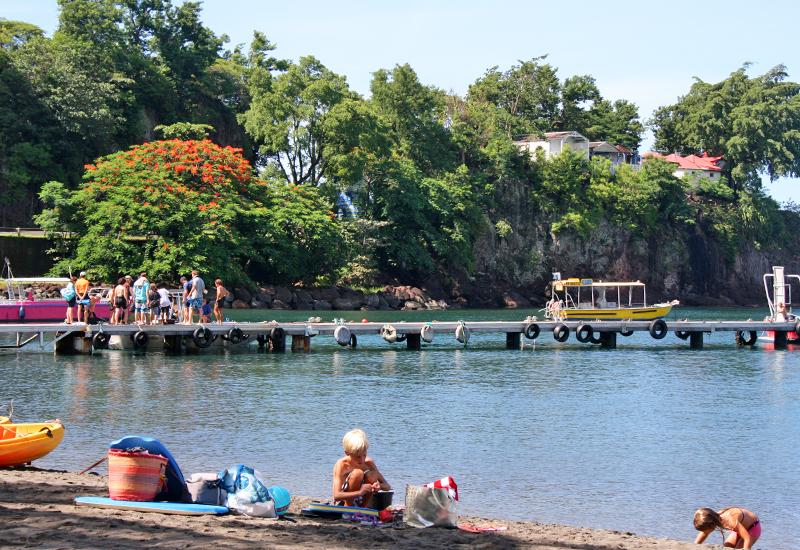