Located in the center of Baie-Mahault, this peaceful little square, surrounded by traditional wooden houses, pays homage to Christopher Columbus, famous navigator born in Genoa in 1451, who undertook to reach the Indies from Spain by way of by Japan (Cypango according to the stories of Marco Polo). During his first voyage in 1492, Christopher Columbus discovered Cuba then an island that he named Hispaniola (today Haiti and the Dominican Republic) because of the relief resemblance with Spain. After discovering Dominica, then Marie-Galante, it is on November 4, 1493, with its 17 caravels, that it lands on the island which it will name Guadeloupe. 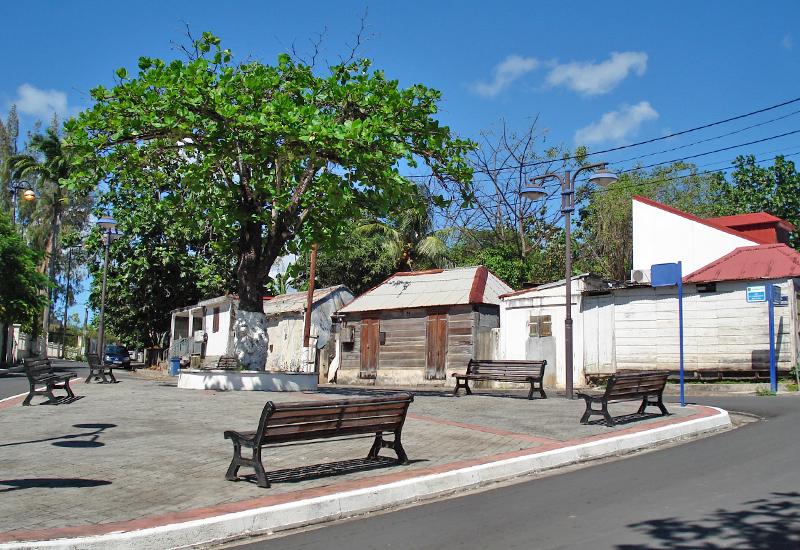 A break near the walnut tree