This Grande Anse sugar plantation was founded in the 18th century by the Guyonneau family. It was subsequently acquired by Joseph Caillou, the first mayor of Deshaies in 1838. Once a distillery, this building was converted into a simple home, oriented to take advantage of the sea breezes. This type of house was common in the region: simple proportions, straight lines, gallery with three-centered ( “basket”) arch. A tree-lined drive across the grounds leads to the vestiges of the sugar factory, with the well-preserved arch of an aqueduct that was used to drive the cane mill. A reservoir in the garden held water collected from the Mitan River, which was distributed around the plantation via a system of canals. Several of the canals were covered over in the early 20th century. 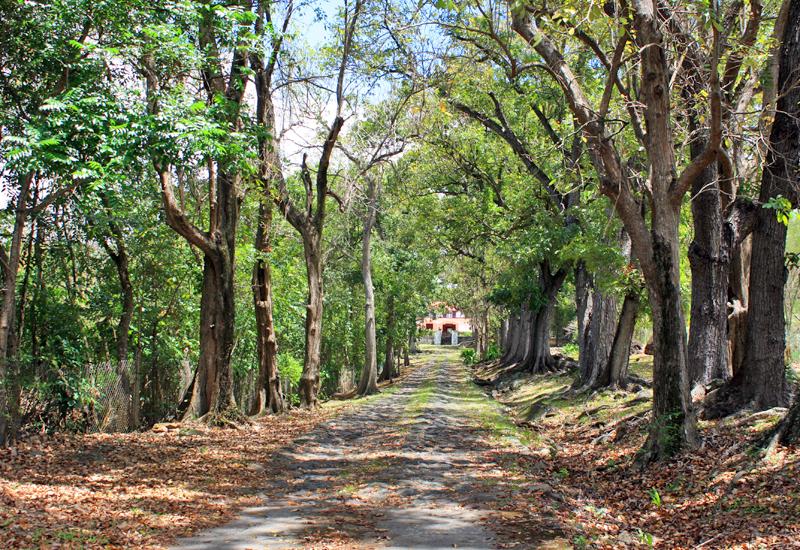