This memorial was erected in Pombiray in January 1999 to commemorate the arrival of Indian immigrants in Guadeloupe beginning in 1854. It symbolizes a culture and traditions that are deeply rooted in the commune. The monument depicts a musician with his Matalon—an instrument that is central to Indian music—flanked by the busts of two important figures in Indian history:  Henry Sidambarôm, a politician, was born in Guadeloupe in 1862 to an Indian family. He died in 1952, after fighting throughout his life to obtain French citizenship for Guadeloupe workers of Indian origin. The other bust depicts Mahatma Gandhi, beacon of resistance to oppression. He helped lead India to independence through the practice of non-violent resistance, and served as leader to the Indian National Congress. He is recognized as Founding Father of the Nation of India. 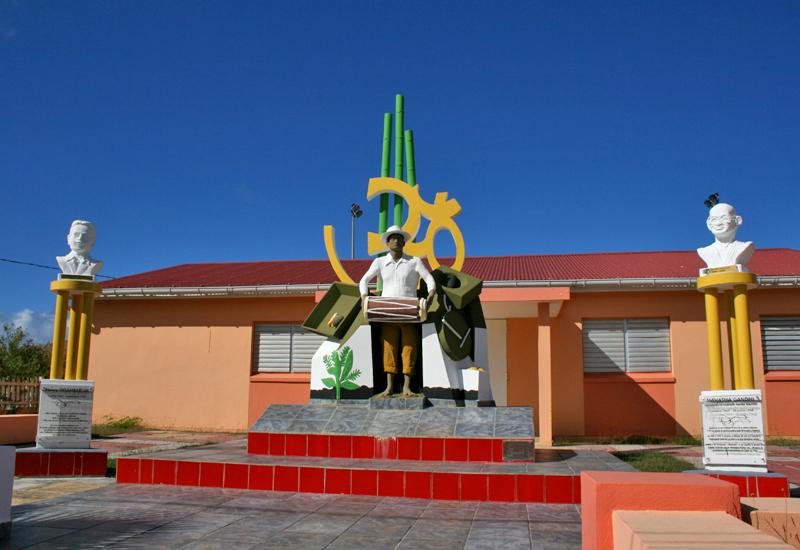 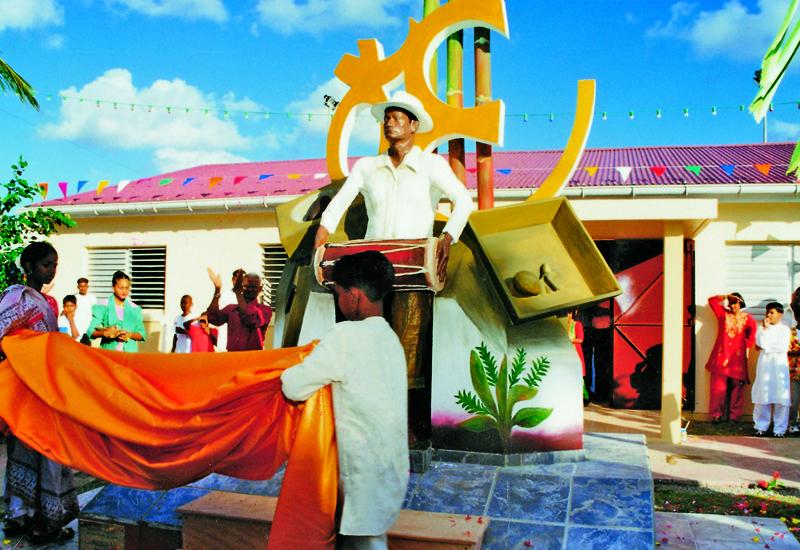 Inauguration during the Pombiray district party 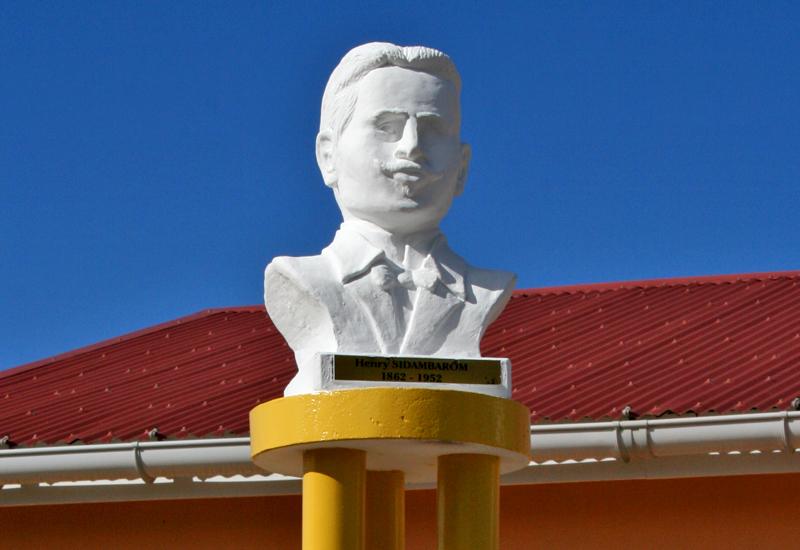