Rebuilt in 1934 as a reinforced concrete structure under the supervision of architect Ali Tur, who was dispatched to the colonies by the French government in the wake of the hurricane of 1928, this building was given its first bell tower at that time. The church has no transept, only a central nave flanked by side aisles. The architect retained the style of the original façade. The church’s most notable elements are the bell tower and spiral staircase. Other features include a flat roof, barrel vault, and exposed framing in reinforced concrete. The non-loadbearing portions of the open-frame girders are adorned with geometrical motifs. 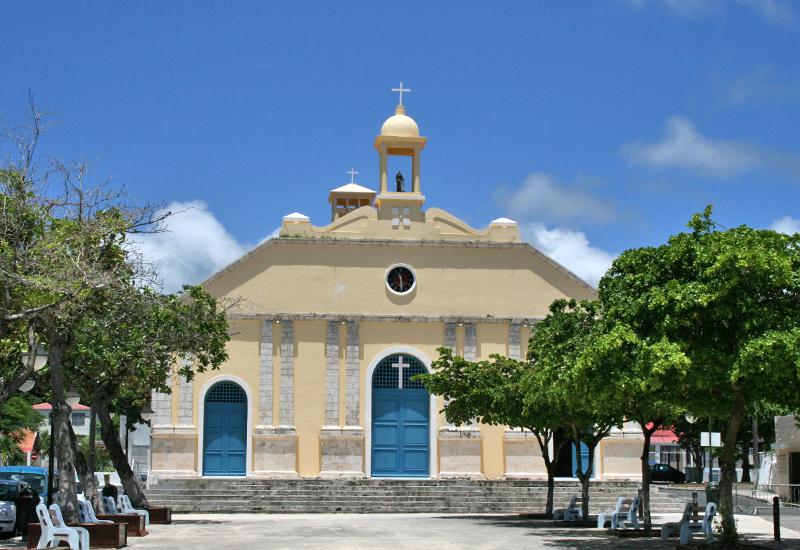 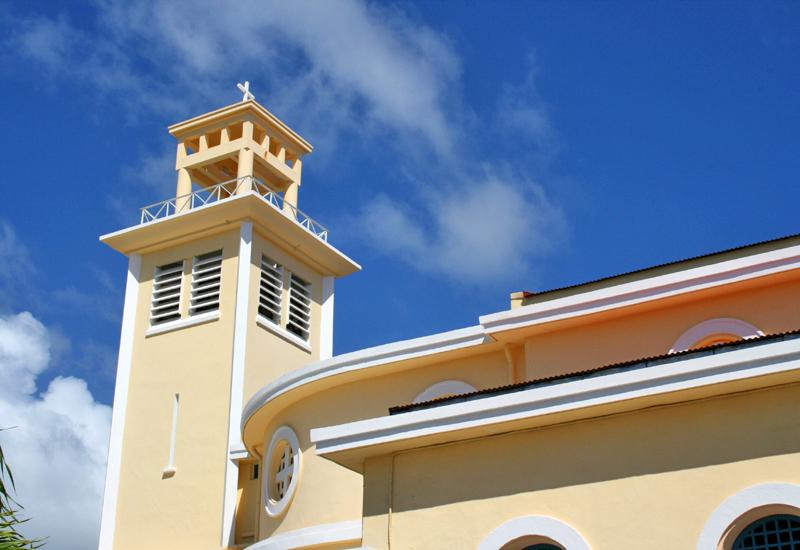 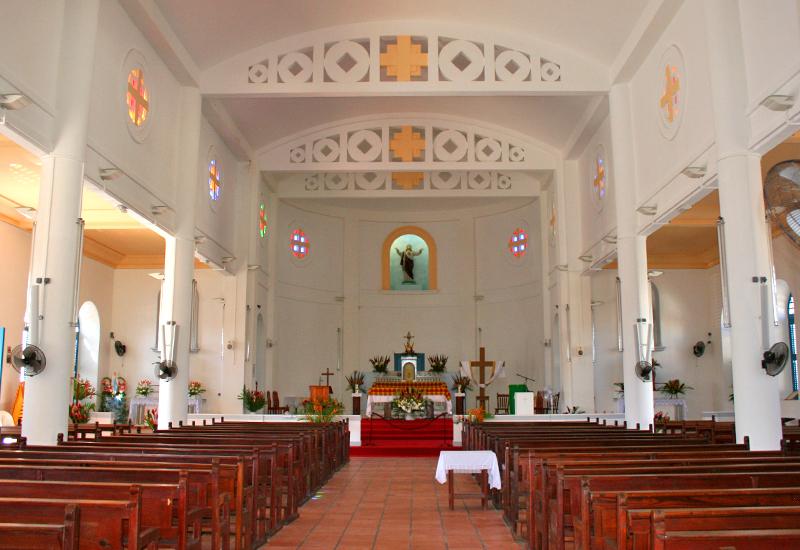 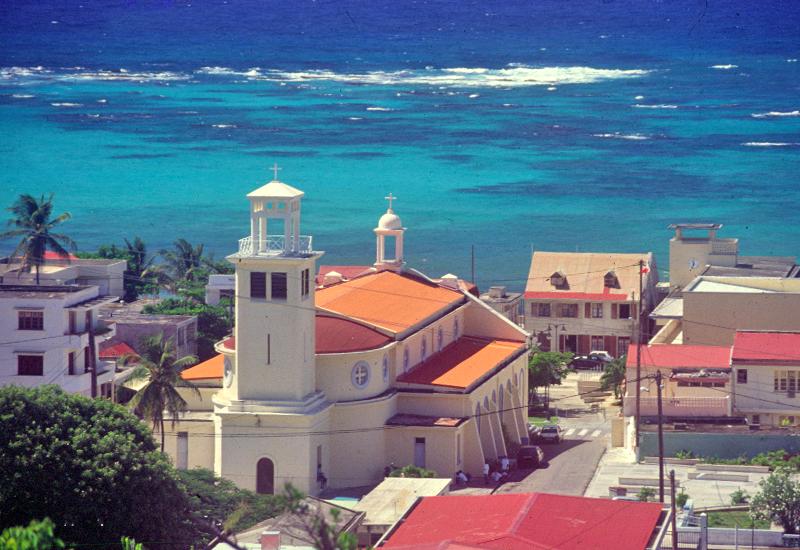