Currently under restoration. Destroyed by the earthquake of 1843, greatly damaged by the hurricanes of 1899, 1902, and 1928—which felled the bell tower—and then damaged again by Hurricane Hugo in 1989, this parish church has undergone several partial or total reconstructions. The bell tower, built separately from the church to reduce wind engagement, was erected in 1995. The interior features beautiful wood-paneled framing and a tabernacle (copper beacon transformed into a windmill). In 2017, the façade of the church overlooks a fresco on the ground, ephemeral work carried out by the population who takes the brush in the context of the operation "Paint a Sunday" organized by the Municipality and supervised by the renowned local artist from Guadeloupe Antoine Nabajoth. Surrounding the church in the traditional arrangement, the communal cemetery contains some of the oldest tombs in Guadeloupe. Pauper’s graves are marked by simple sand burial mounds, while early 19th century stone tombs display the epitaphs of European colonists. Note in particular the tomb (marble) of Louise Eléonor Guerry, d. 1822 at the age of 18; the neoclassical tomb (stone, brick, and cast iron) of Douillard Grandfond, owner of the Montrésor and Macaille sugar factories; and the tomb (marble and bronze, with wrought-iron work and bust) of Louis Luce Ruillier Beaufond, former mayor and owner of the Beaufond plantation. 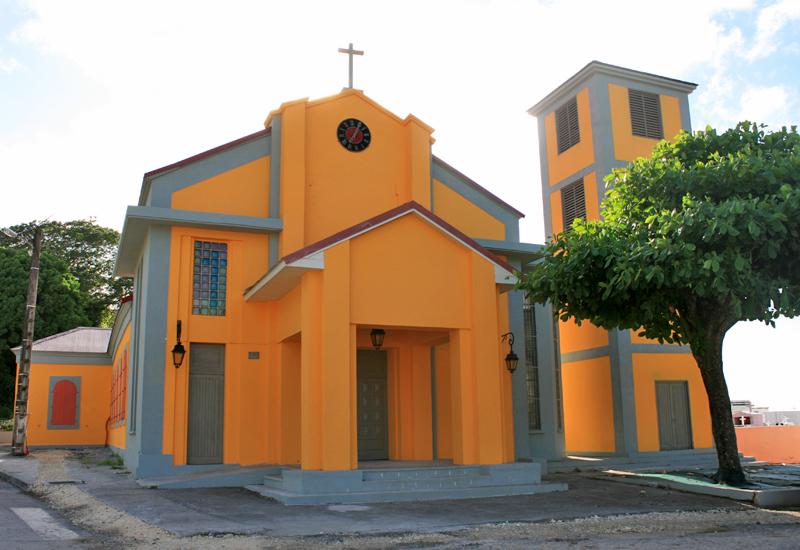 The church Saint-Denis d'Anse-Bertrand in Guadeloupe: facade
Saint Denis Church. The cemetery has some of the oldest tombs in Guadeloupe 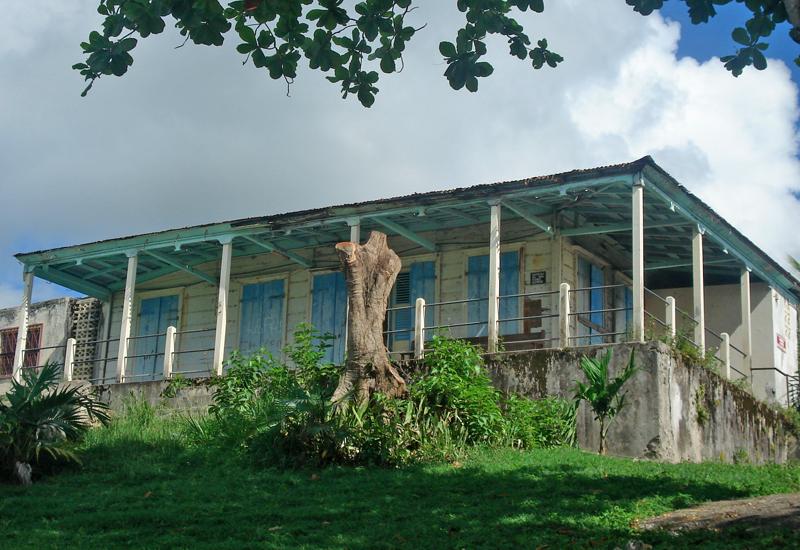 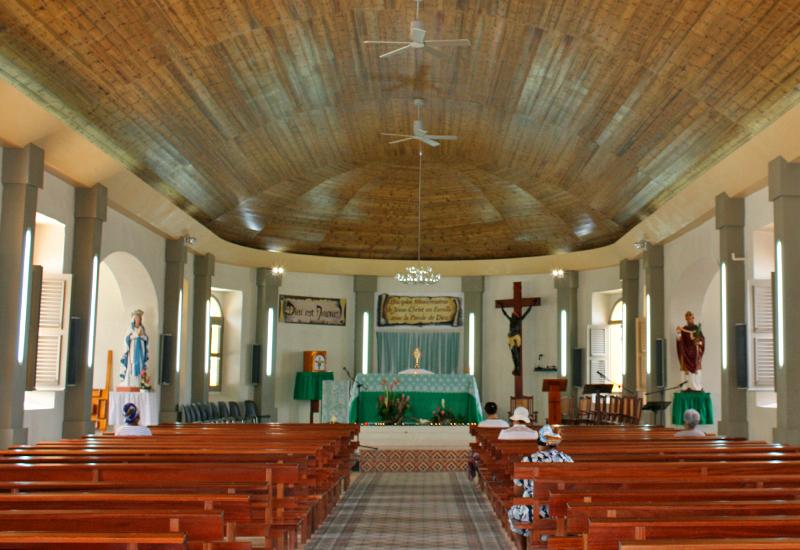