Inaugurated on October 19, 1919, this monument depicting a traditional French World War I soldier in his “horizon blue” uniform, holding a bayonetted rifle, was dedicated to the soldiers who fought in the Great War, the day after the Treaty of Versailles was signed (June 28, 1919). An expression of colonial patriotism, this memorial helped the commune of Saint-Louis recover from the war, mourn its losses, and preserve the memory of the seventy-four native sons who “gave their lives for France.” 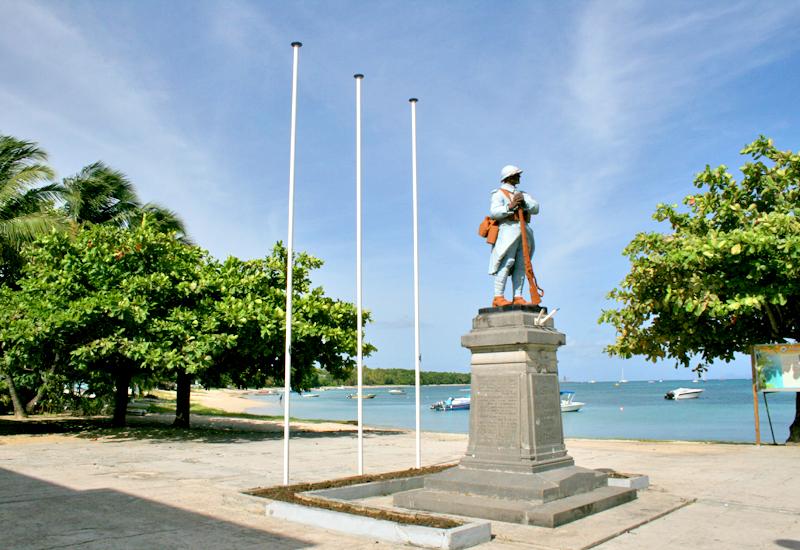 Silhouette of the soldier called “poilu“, mantle, puttee and weapon 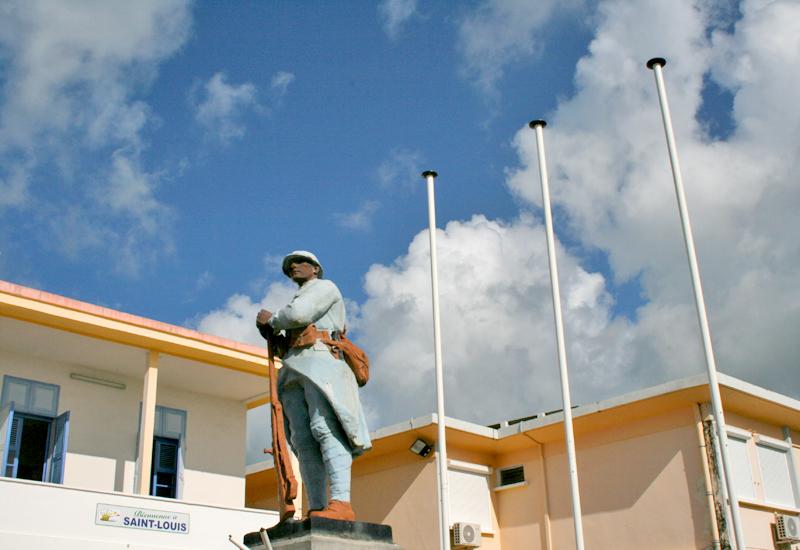 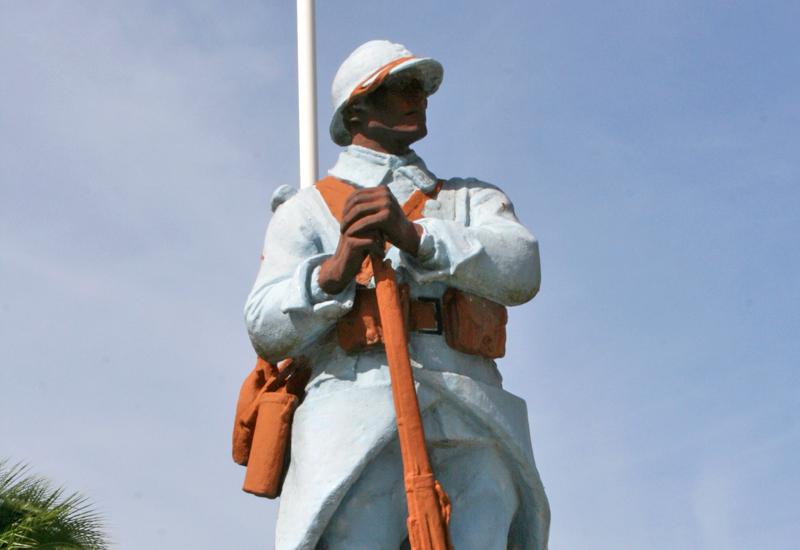 White or black, the heroes look towards a happier horizon 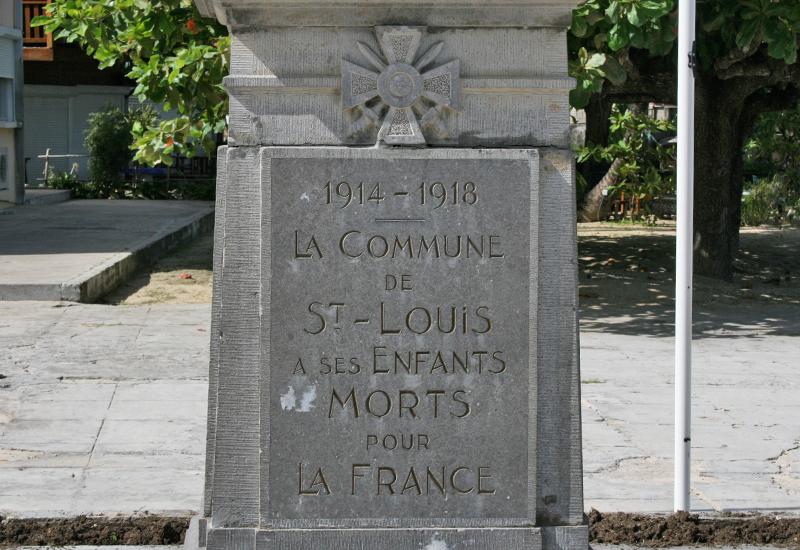 City of Saint-Louis, war memorial, under the military decoration, names