Allow approximately one and a half hours to hike from the pool at Les Bains Jaunes to this 40-meter-high waterfall flowing between hardened lava rock walls. Hikers first follow the Pas du Roy paved trail (leading to the base of La Soufrière), then turn off through the woods over an unpaved trail that can be quite muddy in places.
At the end of this moderately difficult hike, the more intrepid hiker has the option of continuing on for two hours more to the La Citerne volcano at the base of La Soufrière, over the rugged Armistice Trace. 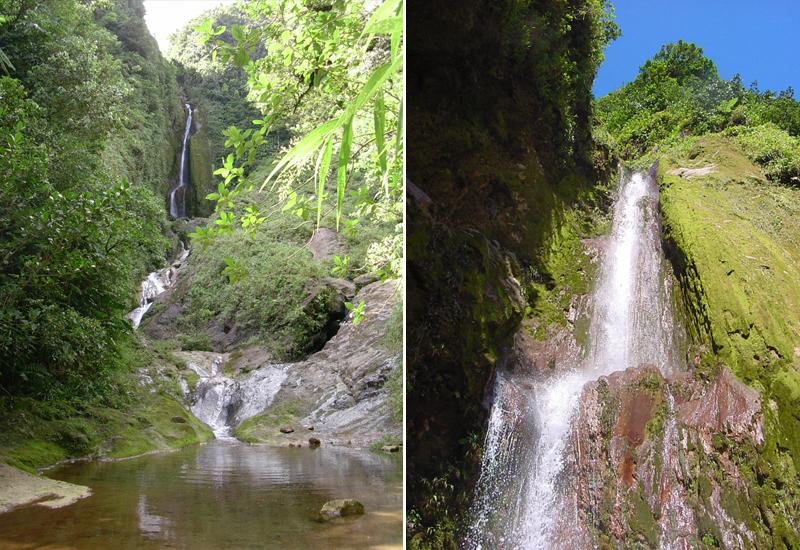 Guadeloupe, city of Saint-Claude. The fall of Galion river 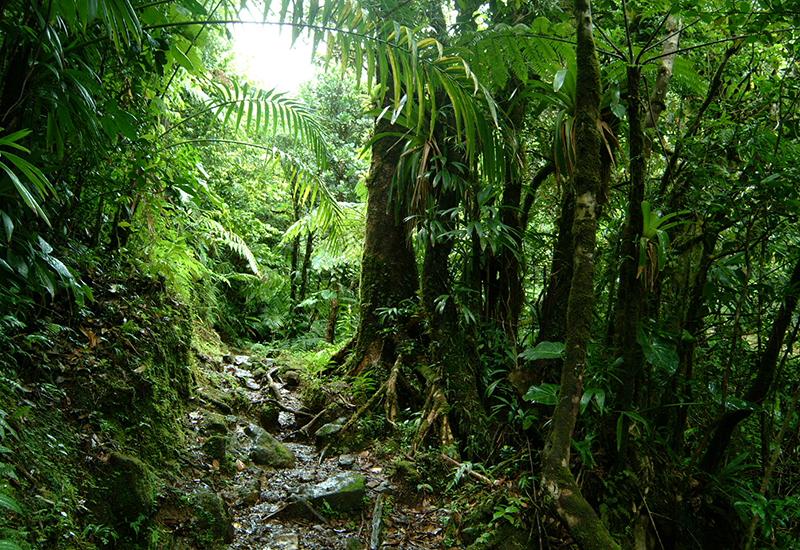