The memorial was inaugurated on November 11, 1931 and bears the names of the 20 Port-Louis men who died in the First World War. What is remarkable about the memorial is that the soldier depicted is a black man. Many people who came from the colonies, eager for greater integration and aspiring to full French citizenship, demanded the right to serve in the military. In 1913, faced with the growing threat of war, the Assemblée Nationale voted in favor of this. Many Guadeloupians went off to fight; some were enlisted in French units, while others joined colonial contingents. Overall, Guadeloupe sent 11,021 troops, of whom 8,700 went to the front and 1,470 died. When that disastrous war was over, the government decided to erect a memorial in every town. The role of the war memorials was to honor those who died, but also to remind the living that life goes on and to instill a sense of hope for the future among the population. 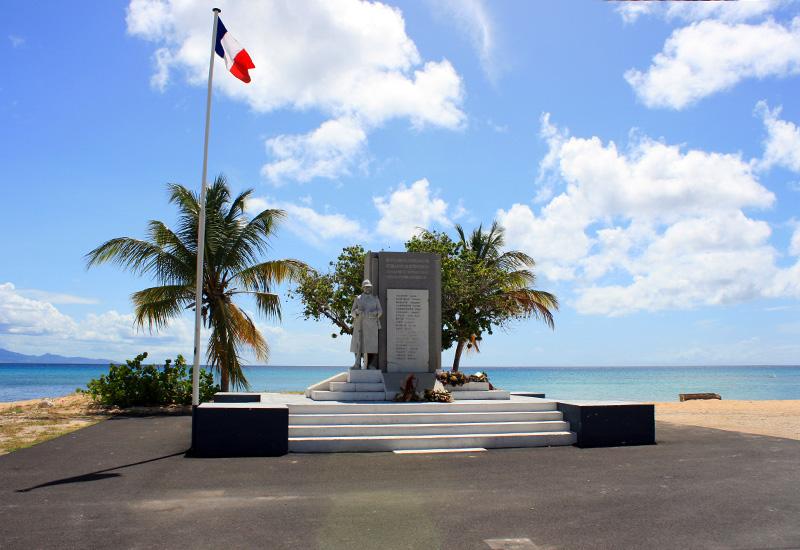 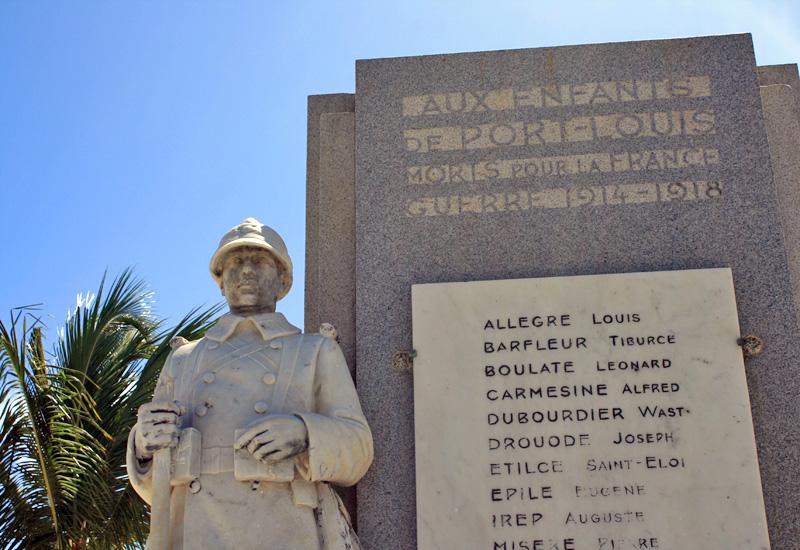 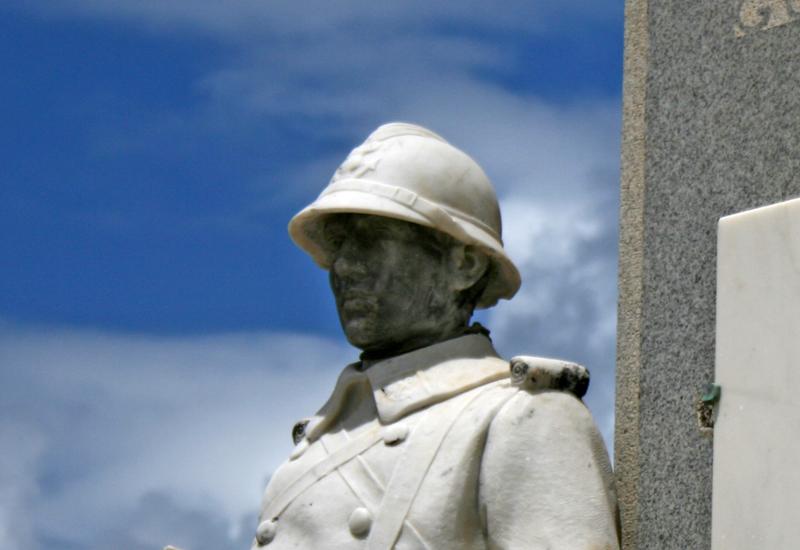 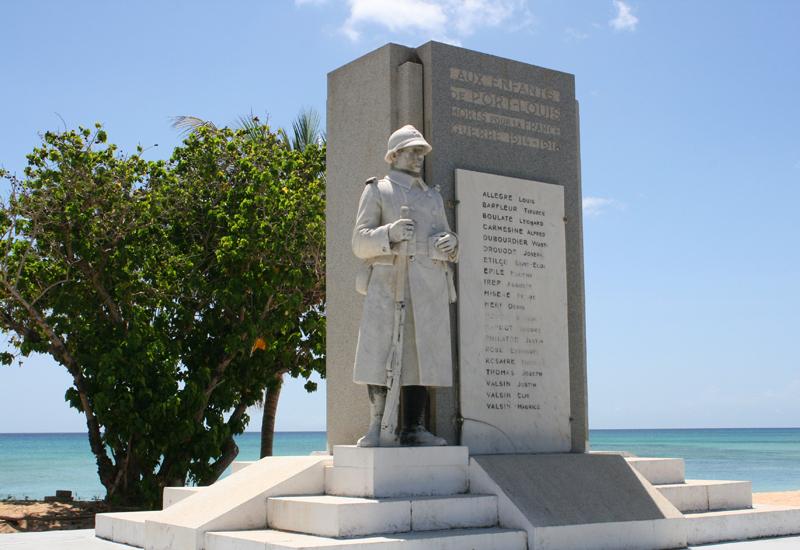