it reminds the passer-by of the price of blood shed by the children of the town. We find the presence of the soldier standing, the weapon at the foot. "To our dead": an epigraph of the most sober: main element of decoration of the monument, allegory shows in bas-relief a lying (funeral sculpture of Christian art depicting a figure lying) above which seems to watch a Minerva (winged goddess of war), carrying a sword and covering laurels of glory the dead soldier for the homeland. The participation of the Guadeloupeans in the First World War was an exceptional way to reach an equal status with the Metropolitan. The departure of the first conscripts from Guadeloupe to France in October 1913 (it was in 1915 that left the largest number) thus represented a great social recognition. To be a patriot meant to be finally recognized French. The army was then considered as a factor of assimilation. 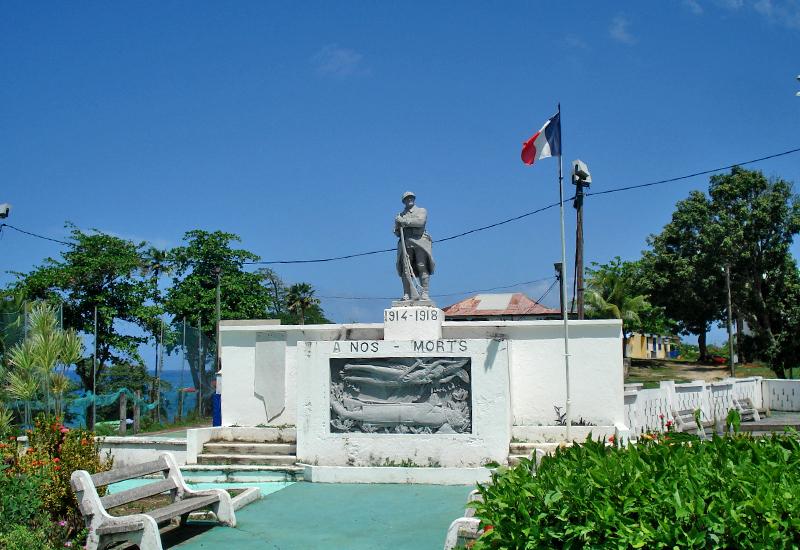 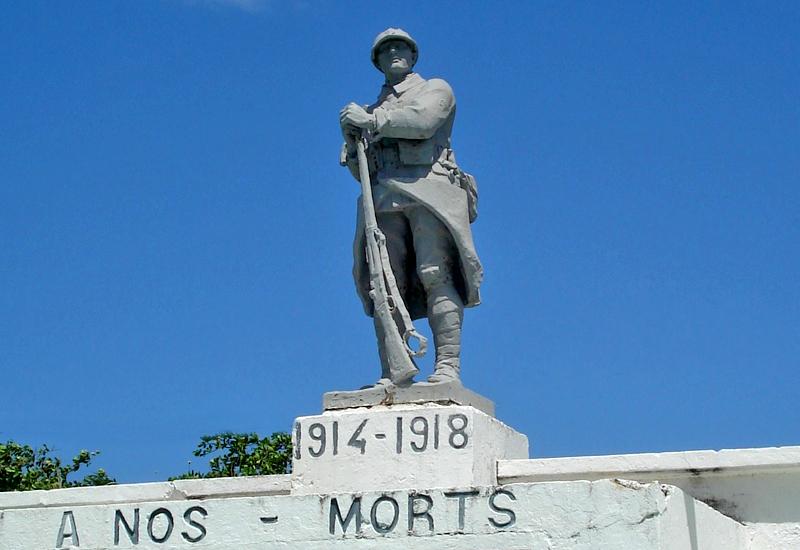