The beach at Anse à la Barque (French for “boat cove”) is a mixture of  pebbles and black sand that overlaps the two towns of Bouillante and Vieux-Habitants. Today, the cove is a listed conservation area. However, back when the Spanish were colonizing the islands, it was a well-known hideout, used by pirates among others. The first French settlers also exploited the cove in their turn, and as a result it quickly developed as a port and careenage. The last remains of the old battery serve as a reminder of the passage of British and French colonizers.
Following the recent discovery of the wrecks of the “Loire” and the “Seine”, both of which sank in 1809, the site has now been designated an archaeological conservation area; as such, it is the only combined shipyard and training school of its kind in Guadeloupe. The two lighthouses are essential landmarks: the first, at Pointe de l'Anse, was built in 1950, partly using materials from the former battery. Nearby was erected a stele in memory of the victims of the public transport accident on November 17, 1972. The second lighthouse, situated in the creek, has a range of 8 miles (about 14 km.). At the bottom of the coconut grove, you can see the remains of the basins used by the old indigo plantation. Guadeloupe National Park recently launched an initiative with local mayors and organizations to clean up the important l’Anse à la Barque historic and tourist site while also embarking on a planting project that included seagrape, almond and coconut trees. 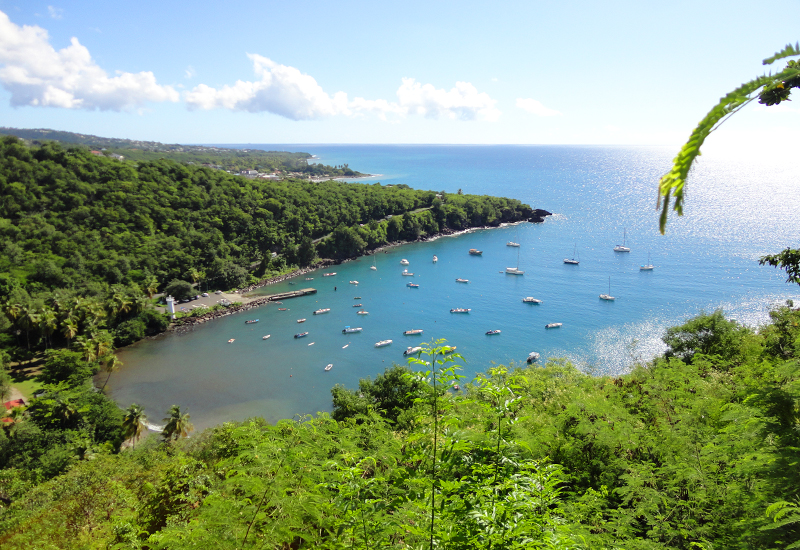 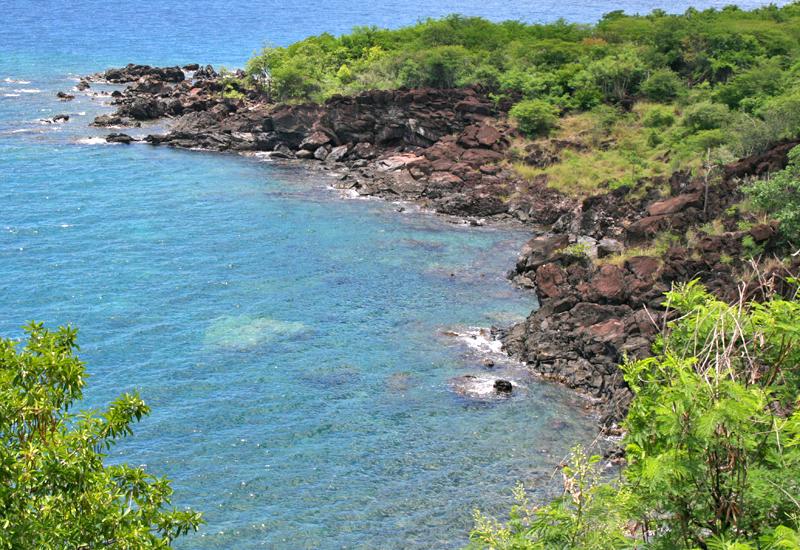 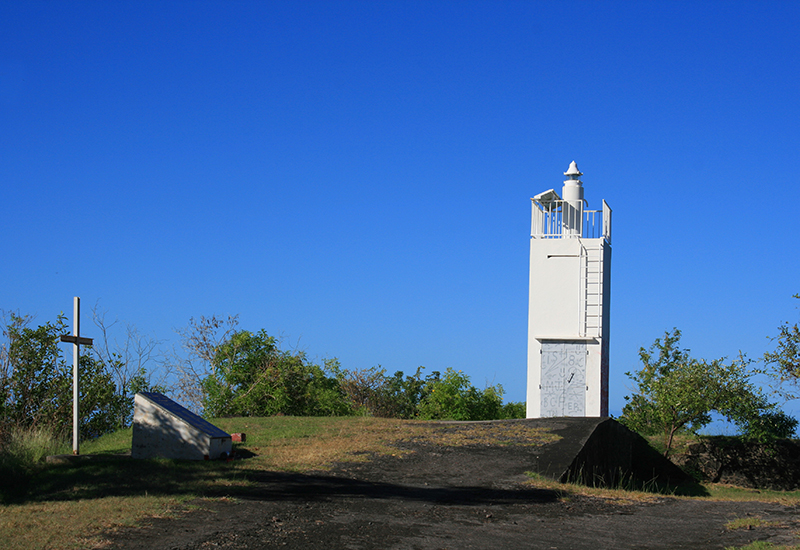 Lighthouse at Pointe de l'Anse. Nearby was erected a stele in memory of the victims of the public transport accident 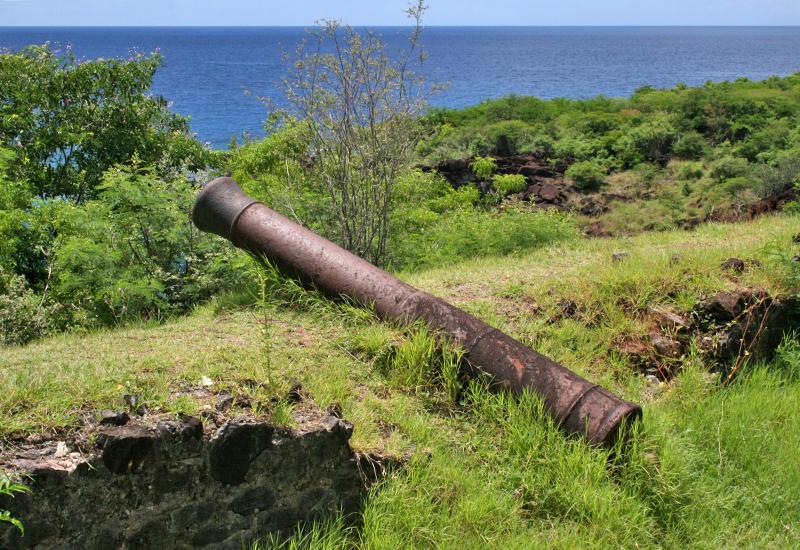