All round view - Sainte-Rose

The first Frenchmen to arrive in Guadeloupe landed in June of 1635, here at Pointe Allègre, led by Charles Liénal de L’Olive and Jean Duplessis d’Ossonville, the faithful lieutenant of Pierre Belain Sieur d’Esnambuc who was instrumental in settling Saint-Christophe Island, then capital of the new French Antilles. Their task:  to colonize Guadeloupe. They were accompanied by four members of the religious Order of Saint Dominic (Raymond Breton, Pierre Pélican, Nicolas Bréchet, and Pierre Gryphon) chosen by Cardinal Richelieu to evangelize Guadeloupe, and four hundred colonists under three-year contracts. A cross still marks the spot where these newcomers began the journey to their future home in South Basse-Terre. Although it is difficult to imagine this densely wooded shoreline as it would have looked to the first French colonists, their historic arrival makes this site, already protected for ecological reasons, all the more valuable. The Conservatoire du Littoral (“Shoreline Conservatory”), or CDL, which owns the site, ensures its preservation and upkeep. A foot path allows visitors to explore the scalloped coastline, along Anse de Nogent, Anse Vinty, Almond Tree Beach, Pointe Madame, and more. The landscapes are characterized by broad low grasslands punctuated by isolated groves. This vast expanse that has nevertheless been used by humans for a very long time, offers a panoramic view of both sugar cane fields and the Caribbean Sea, giving visitors the feeling that they’ve reached the end of the world. The windswept point and deserted coves reinforce this wilderness impression, with only a few cows, sensibly attached to stakes, as witnesses. The site is easily accessible and often deserted. Exercise caution when swimming. 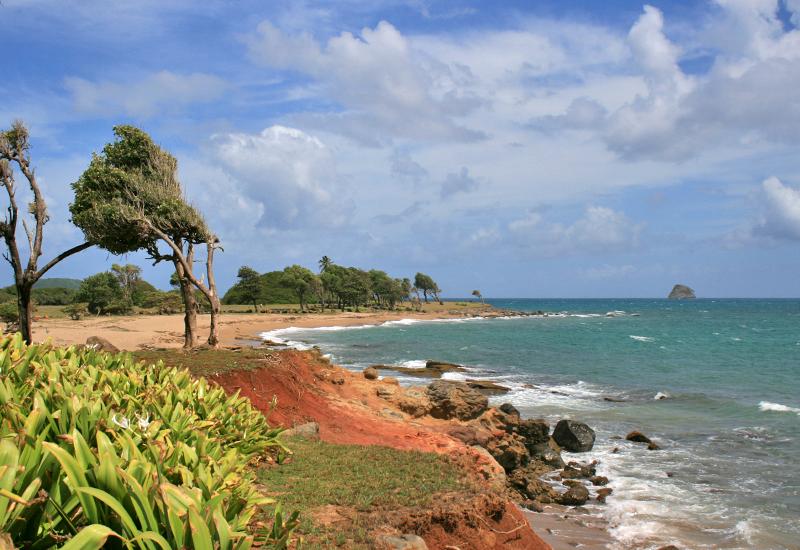 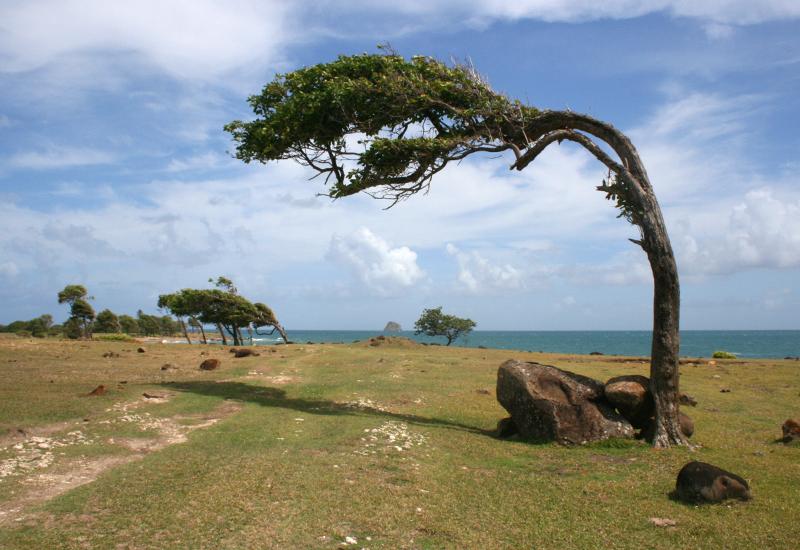 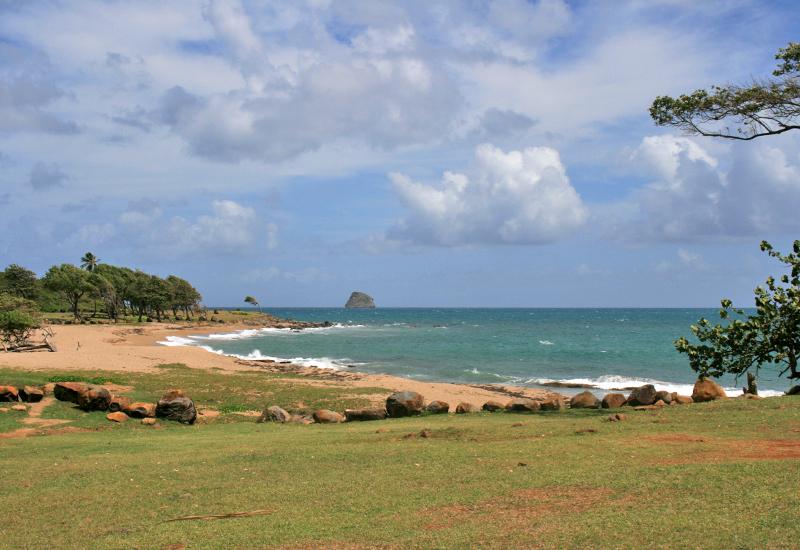