The district of Grand-Baie (Grand Bay) covers 11 hectares, at the entrance of the town of Gosier and down the Fort Fleur d'épée, on a zone housing a marine marsh ecosystem of great ecological and floristic an fauna interest. At this point, a vegetation of mancenilliers and mangroves combine with fresh water to shelter several species of amphibians, fish and number of birds. An ideal place for their reproduction. The site was once frequented by walkers and we came in family to look for all kinds of shellfish and crustaceans, clams, burgots, chaubettes, fliers, cyric crabs, prawns, sometimes chatrou and conch. The Sunday fishermen were thrilled to watch pikes and mules. A wide half-moon shaped beach, mainly used by local residents, opens onto the ocean. From here, we can see Pointe de la Verdure and its hotels. From the 1960s and despite the insalubrity, families have gradually settled on the site, a large part without title. They created from scratch a new district whose organization was made little by little, in an anarchic way, insalubrity and promiscuity allied gently to the sweetness of life and the beauty of the place. Today, the neighborhood is home to nearly 350 inhabitants, the majority being tenants of their housing. Many homes, however, remain unsanitary or regularly flooded. At the end of 1993, a neighborhood renovation operation was initiated to improve the living conditions of the residents and several studies and successive developments were carried out between 1993 and 2017. The most recent have pointed to three cumulative natural hazards threatening this neighborhood: seismic risk, risk of cyclonic swell (the highest part of the district is only 2 meters above sea level) and risk of flooding. This worrying observation led to the removal of the off-site operation with the promise of relocation of the inhabitants concerned by the neighborhood rehabilitation program, in the territory of the municipality. No hotel or lodging that can not be built. In addition, given the constraints of the site, revealed by the Seismic Risk Prevention Plan (PPRS) under development, it was established that the current homes could not be maintained either because of the application of the precautionary principle. Only coral reefs and mangroves are likely to protect this coastline. The project to rehabilitate a large part of the mangrove and the Grand Baie ecosystem is therefore considered with interest. The economic activities and public facilities envisaged for space would be in line with this orientation to restore the neighborhood's natural vocation. Ideally located, the district of Grand-Baie can contribute to the development of Gosier, even to the development of Guadeloupe as a whole. Fun and ecological activities are envisaged, but the projects must be conducted in consultation with the population and its representatives, including the Association of Defense and Management Interests of Grand Bayziens (ADEGIG) and the expertise of professionals such as the Council Architecture, Urbanism and Environment (CAUE), to accompany any approach. The city is currently at the stage of consultation, although the guidelines of the project have nevertheless been recently defined by the City Council. After more than 25 years of analysis, studies, consultations and talks, Grand-Baie is not yet at the end of its destiny. The strip of coastal land to be devolved to the seaside activities, the creation of a nautical base is a hypothesis considered. The site will participate directly in the development of the city by highlighting its ecosystem but also its proximity to other neighboring towns to make it an attractive gateway to the Gosier. 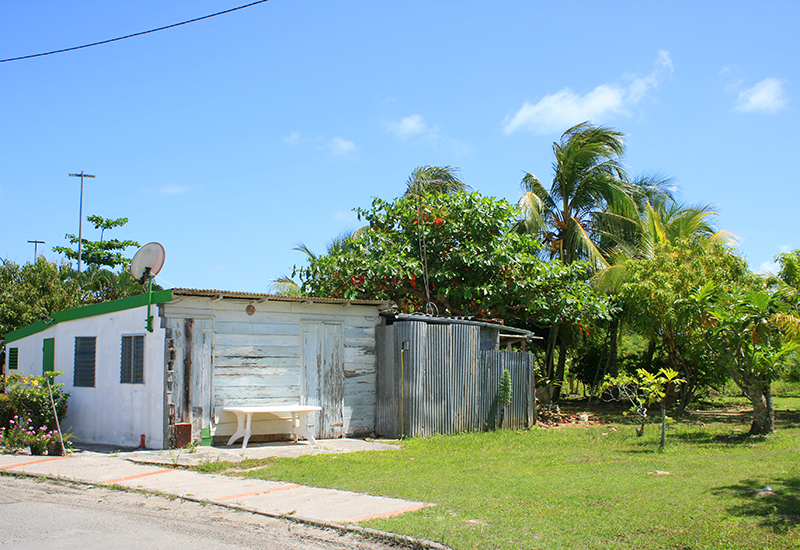 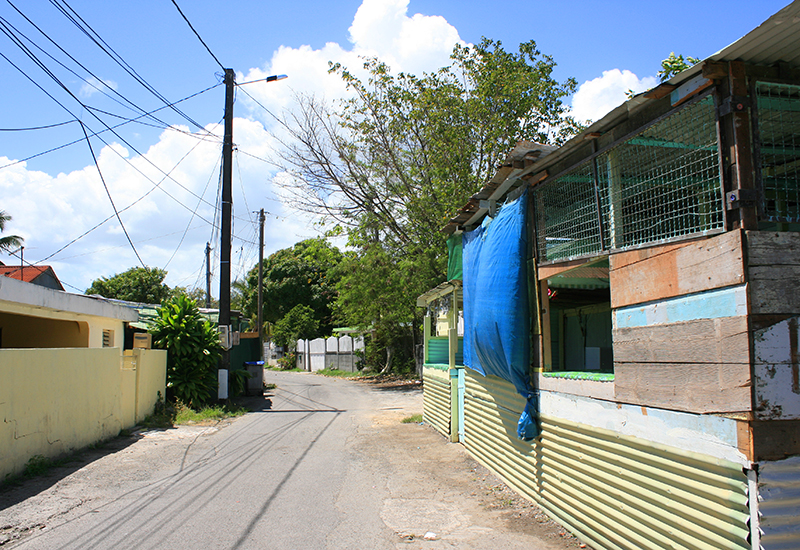 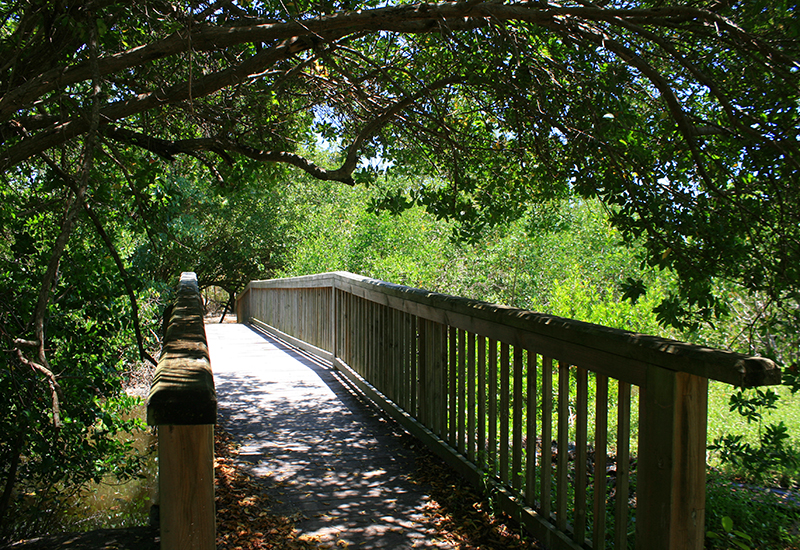 A wooden footbridge leads to the heart of the mangrove 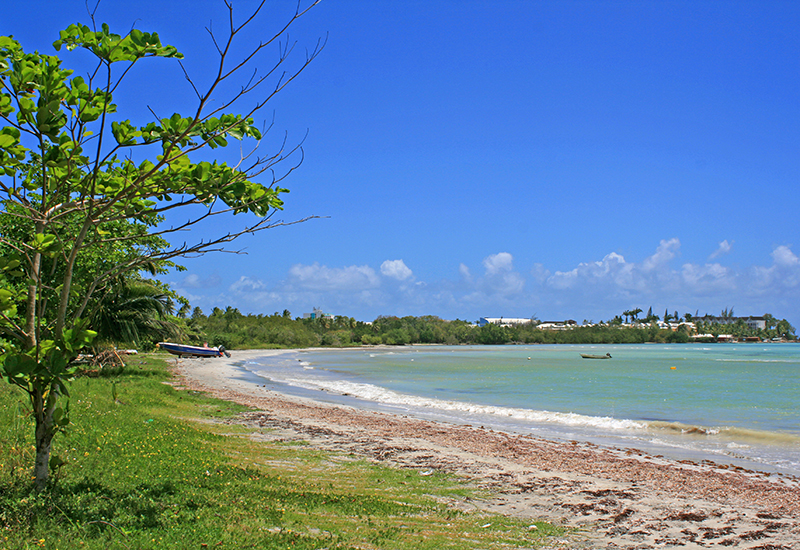 A beach largely open to the ocean