In the village of Rifflet, near La Perle beach, Léandre, known as “Lélé“, and his team make cassavas, or “kassavs“ (manioc cakes) in various flavors:  coconut, “abricot pays” (mamee fruit), and even ham or cheese. Manioc was introduced to the islands by the Amerindians during the Huecoid period, about 350 years before the Christian era. The plant is a shrub of the euphorbiaceae family, whose tubers are peeled and grated to make flour, called cassava. Amerindians made manioc a staple of their diet, and taught Europeans how to grow and prepare it. Beginning in the 17th century, manioc cassavas, a type of cake or patty used in place of bread, became a staple of the diet of the entire population of the island. Once peeled, the tubers are washed, then "gragées" (grated). The grated pulp is then pressed for several hours to extract the toxic hydrocyanic acid that makes manioc poisonous to humans. Once dry, it is run through a sieve and then cooked over a low fire on griddles to allow the rest of the acid to evaporate. While cooking, the manioc must be stirred constantly. After this the cakes are prepared, stuffed, and fried on the same griddle. 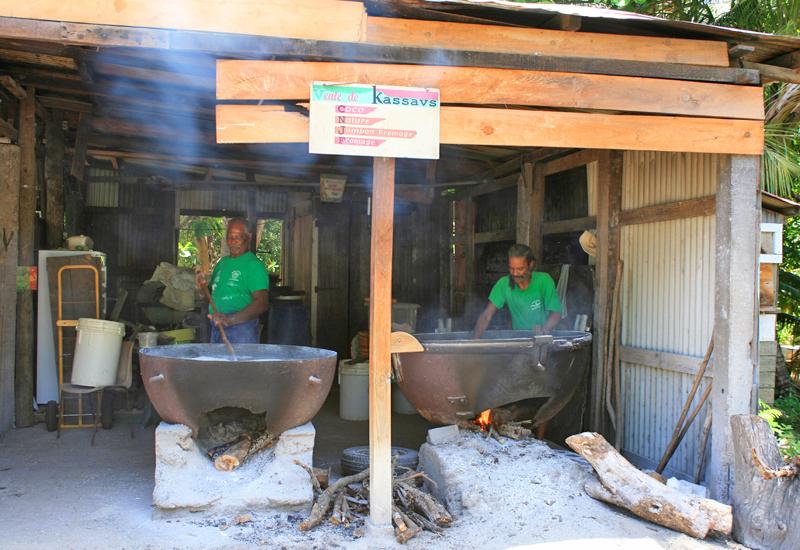 Deshaies, Manioc Factory, the two griddles are in action 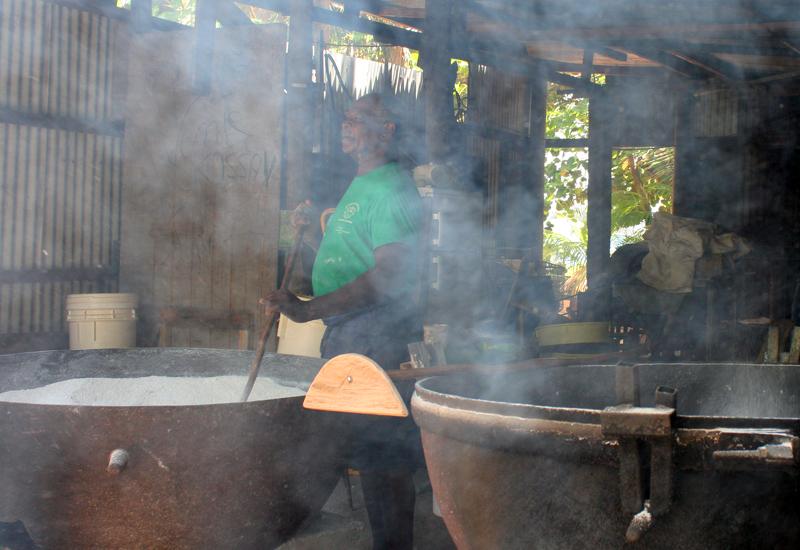 Manioc Factory, Deshaies: the flour is cooked over low heat 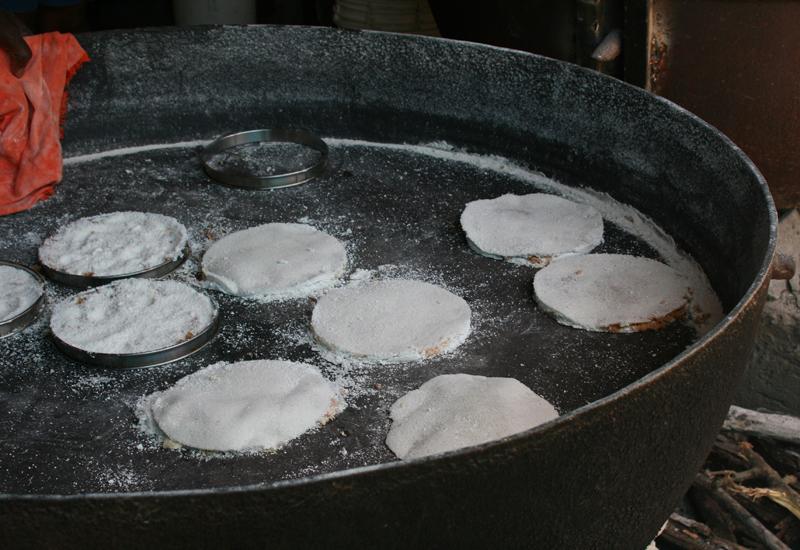