Totem in prism form, comprising concave elements in colour-lacquered steel and arranged one on top of the order on three edges. Work completely carried out in Colombia and shipped to Guadeloupe. Placed by sculptor’s assistant Luis Perez in May 1994.
Born in Popayan in Colombia in 1920, Edgar Negret studied at the school of Fine Art in Cali between 1938 and 1944. Ha had his first one-person exhibition In 1943 in the Palace of Fine Art in Cali. Then, he pursued his studies in New-York. He worked on various techniques including metal assemblage. In 1950 he exhibit at the Peridot gallery in New York, and in Madrid at the Museum of Contemporary Art in 1953. He took part in several group exhibitions in Europe. In 1965, he was awarded the Silver Medal et the 8th Art Biennial in Sao Paulo.  In 1981, he founded with his assistant Luis Perez the Edgar Negret Gallery in Bogota. He taken part in many monumental sculpture symposiums, in Uruguay, in Colombia, in Seoul at the Olympic games of 1988. He mostly uses metal to express himself, based o a constructed and sometimes emblematic language which launches into continuous growth from balanced planes to a non-figurative architectural order. Died on october 11, 2012 in Bogota. 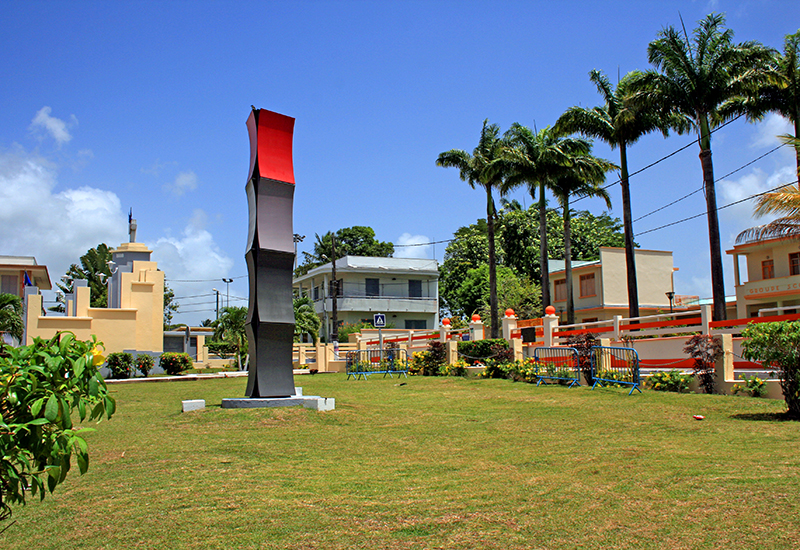 Totem, in front of City Hall 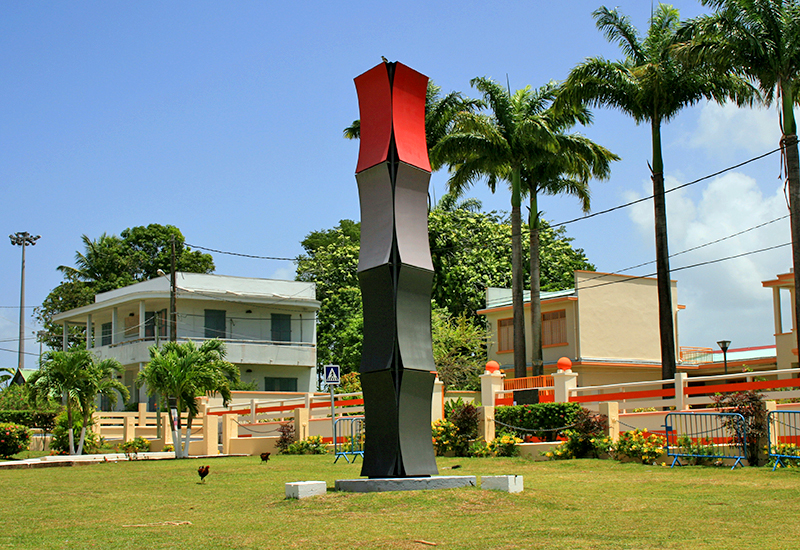