Until late 1976/77, most homes were made of wood. This type of construction followed that of the 19th century, when poorer materials were used to make wattle-and-daub huts with plant matter for roofs. Most of the traditional houses that remain date from the first half of the 20th century. Often their initial wood construction is partly reinforced with sheet metal, surrounded by a gallery porch, sometimes with add-on rooms constructed of masonry. Concrete, which holds up better under foul weather, only began replacing wood construction during the past forty years. Thus homes have evolved from simple huts consisting of two rooms with an opening between them and a two-section roof, to “upstairs/downstairs” houses with attics, whose ground floor was often used for small businesses, the upper floor for private rooms, and the façades embellished with a gallery porch. A step up from the traditional hut, such dwellings also conferred social status. 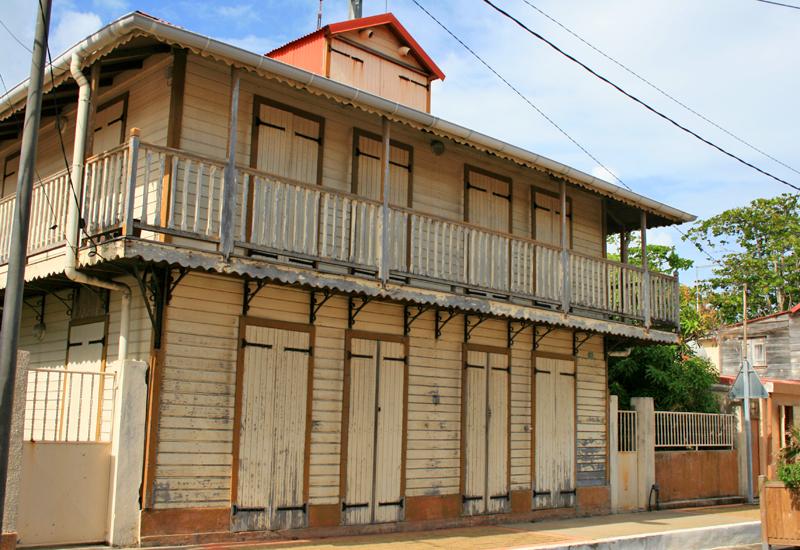 House up and down rue Schœlcher 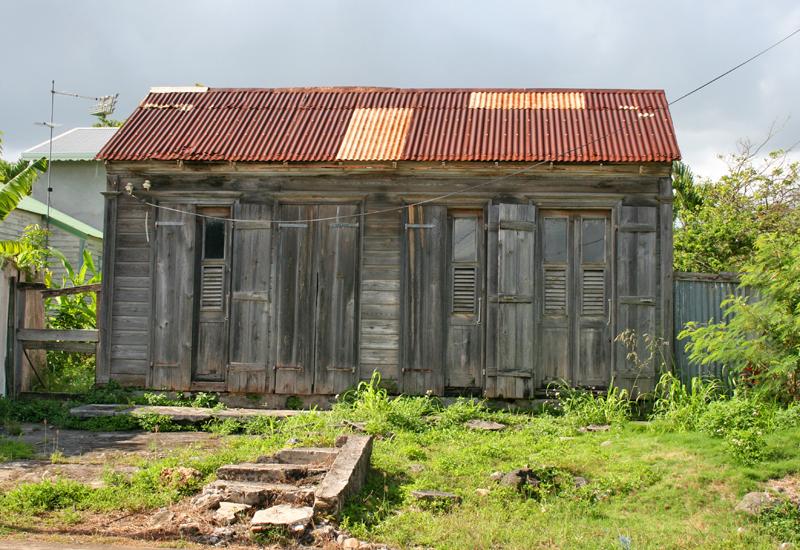