The Petite Place and Morne Constant (“Constant Hill”) wind turbines, commissioned in 1998, are testimony to the efforts of both the department and the local municipality to develop clean supplemental energy, both on Marie-Galante and throughout Guadeloupe. These wind farms produce electricity that is directly injected into the EDF (French power utility) power grid. Thirty percent of the electricity consumed on the island is generated by the trade winds. Guadeloupe has a strong potential for developing wind power with trade winds present for a good part of the year. Twelve wind farms are installed there. In 2013, they provided the network with 56.7 GWh. It is the third source of renewable electricity production in Guadeloupe. It provided 3% of the energy mix in 2012. The "repowering" of the Petite Place wind farm (renewal and increase in installed capacity) in 2016 changed its installed capacity from 1.5 MW to 2.5 MW. It is now equipped with a storage system to compensate for the double insularity of Marie-Galante. There are deposits not yet exploited and it is planned to install 90 to 110 MW by 2030. However, the cyclonic risk limits the power of the generators and the height of their supports. Currently the most powerful generators develop 275 kW on folding masts. They should be replaced in the coming years by more powerful generators (1 MW) and less sound. This source of electrical energy is called "intermittent". Electrical production is variable and depends on the airflow. According to the regulations, more than 30% of intermittent energy can not be injected into the island network without the risk of unbalancing it by sudden changes. It will be possible to increase this share by implementing storage devices of the electrical energy produced, which will smooth its injection into the network. 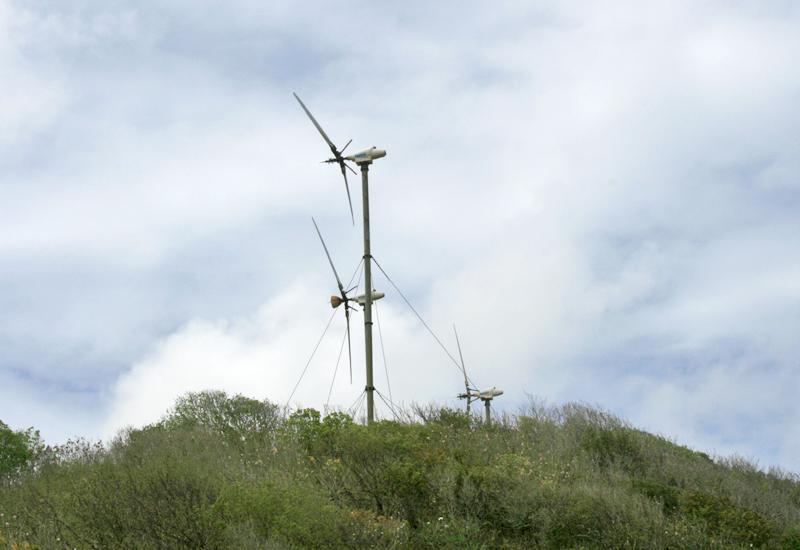 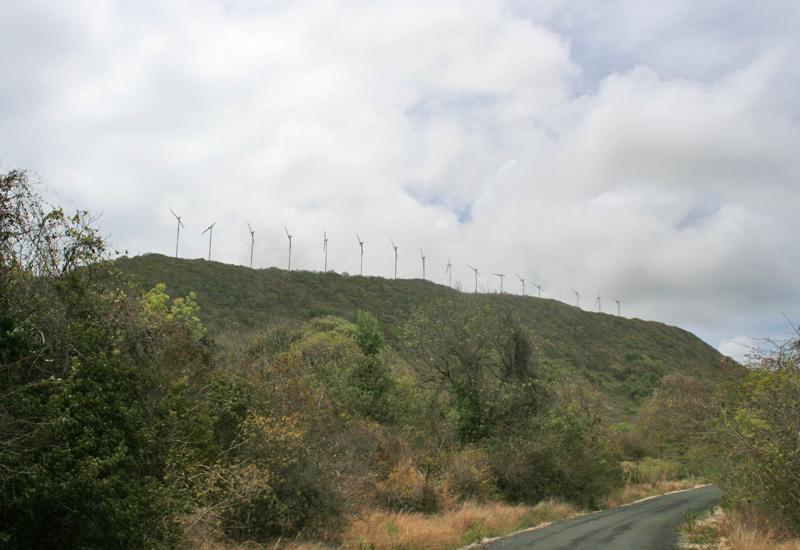 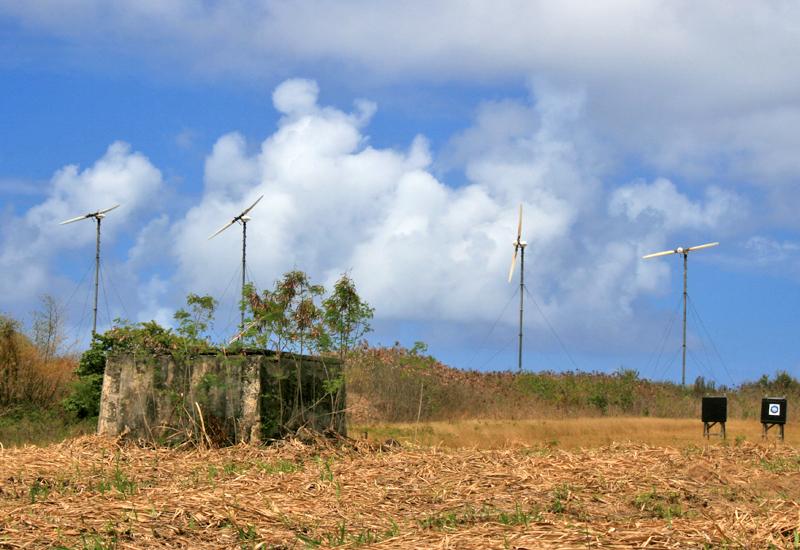 At the site of Morne Constant, the wind power plant of Capesterre de Marie-Galante 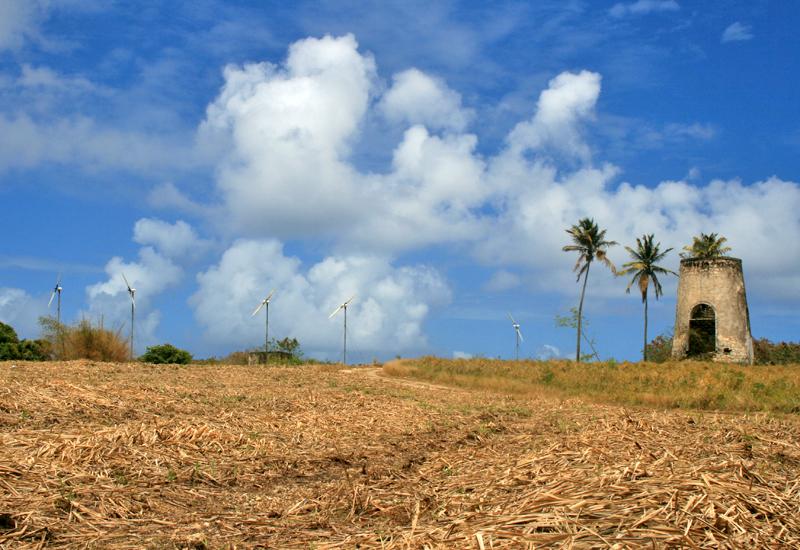 Change of wings, the mill of Desruisseaux can res